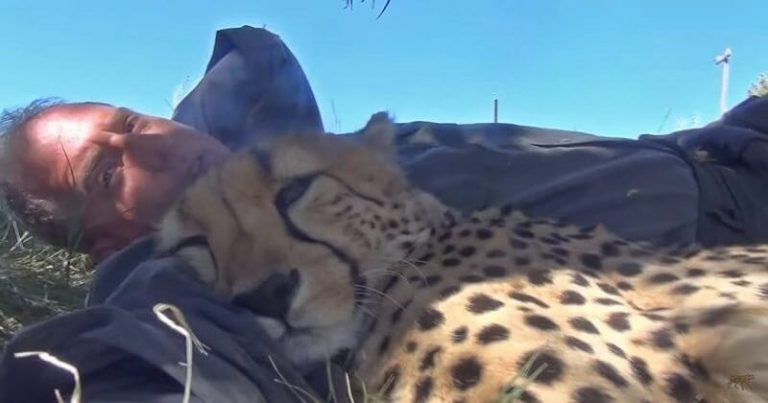 Dolph Volker lay down on the grass to relax one day.

Cheetahs are wary creatures that avoid contact with people. The Cheetah Experience seeks to rescue sick or injured cheetahs and then reintroduce them into the wild. Dolph Volker lay down on the grass to relax one day.

Something unexpected happened at that point. Eden, a female cheetah who lives on the reserve, approached Dolph as he was sleeping on the grass… then she simply lay down next to him and cuddled. Dolph was initially terrified, but his concern gradually dissipated as it became clear that the 3-year-old cheetah was not going to hurt anyone. Dolph had only seen Eden a couple of times before! Okay, the remainder will be shown in the video!