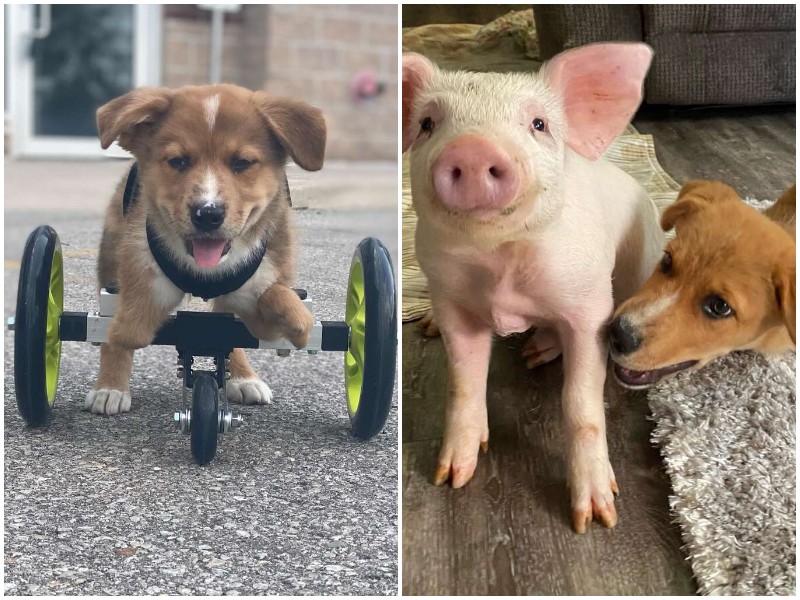 Sometimes even completely different animals can suddenly become friends. This is just about Winnie the dog and his best friend, Wilma the pig. These two went through difficulties in life when they were little, but found each other and helped to survive all the difficulties.

The family abandoned a dog with paralyzed legs named Winnie, and he ended up at Charlotte’s Freedom Farm in the United States. In addition to paralyzed legs, the puppy was found to have chest deformities, but despite this, the baby was friendly and charming. 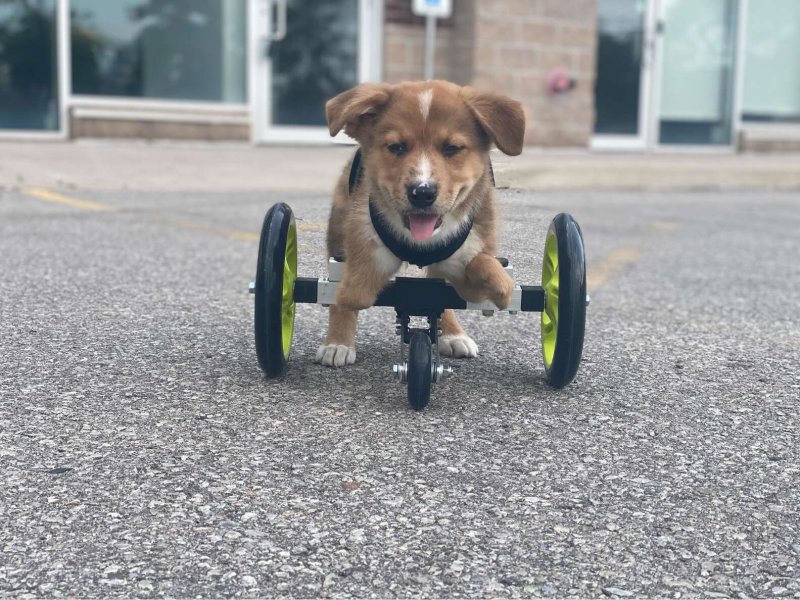 He played with other dogs at the shelter, but the staff soon became concerned that others were playing too fast and could hurt him. At the same time, a little pig named Wilma was brought to the shelter – she was saved from a difficult fate when she was completely alone. 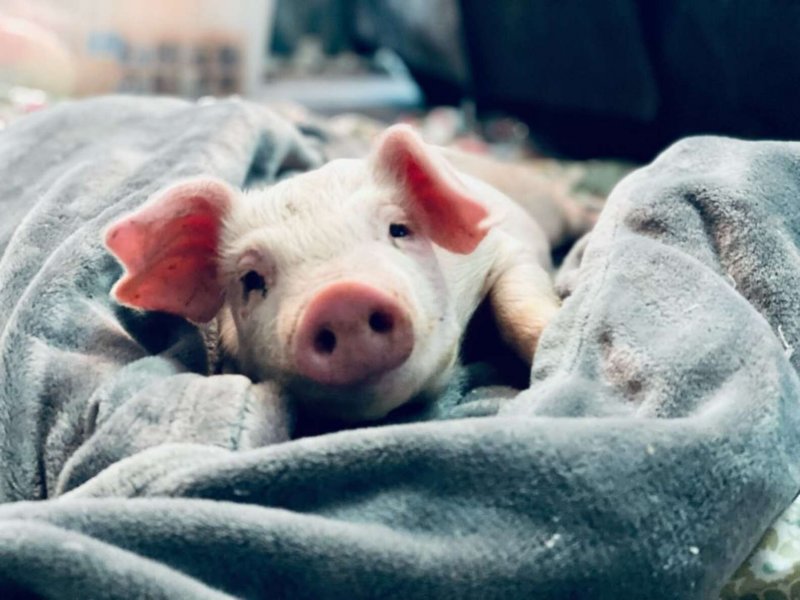 Winnie and Wilma were settled in the same room, and on the very first day, these two miraculously found a common language. Adorable but slightly naughty Wilma has found her solace in playing with her canine friend. They immediately began to play, and since that day they have not parted. 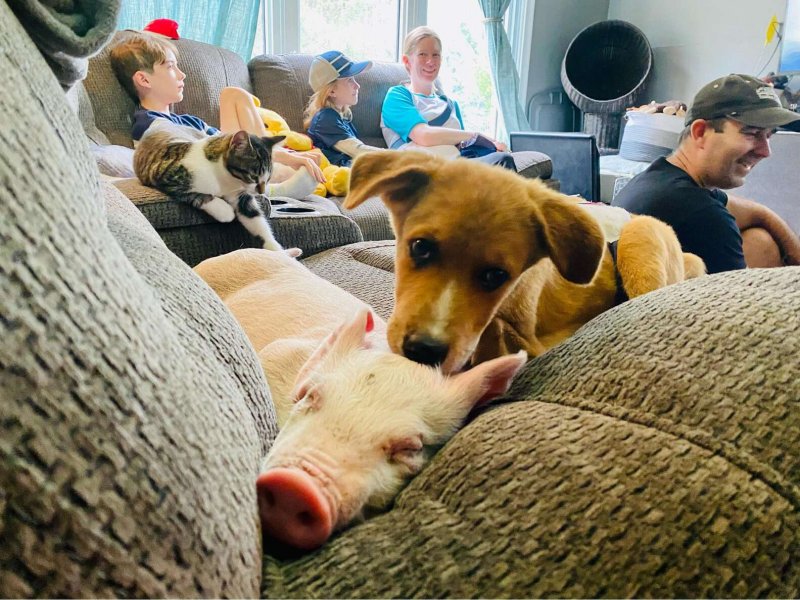 Such different kids have become best friends unexpectedly for everyone. They do everything together, and little Winnie is even more comfortable playing with Wilma than with other dogs. They also love to play together on the lawn where they can run for hours. 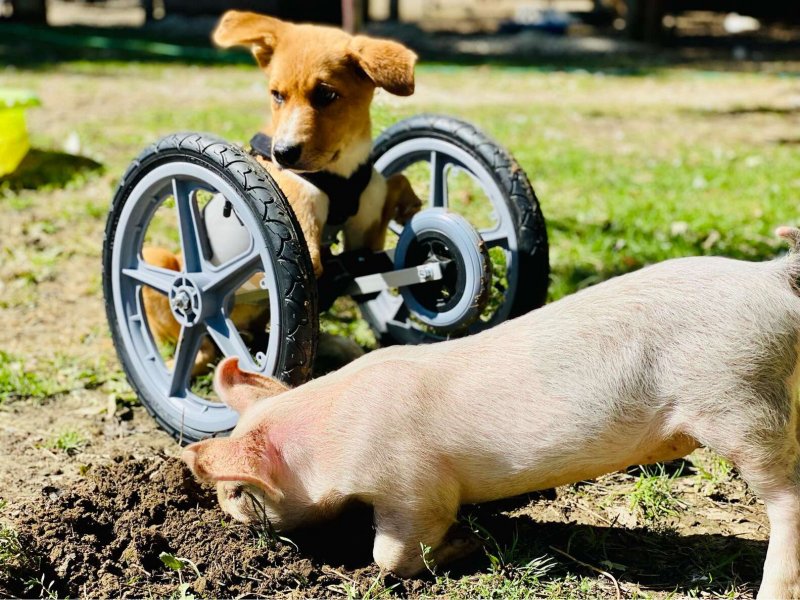 The two helped each other. The dog helped Wilma get used to the new environment and feel safe, and the pig helped Winnie to believe in himself and become more confident. This is such a strong friendship! 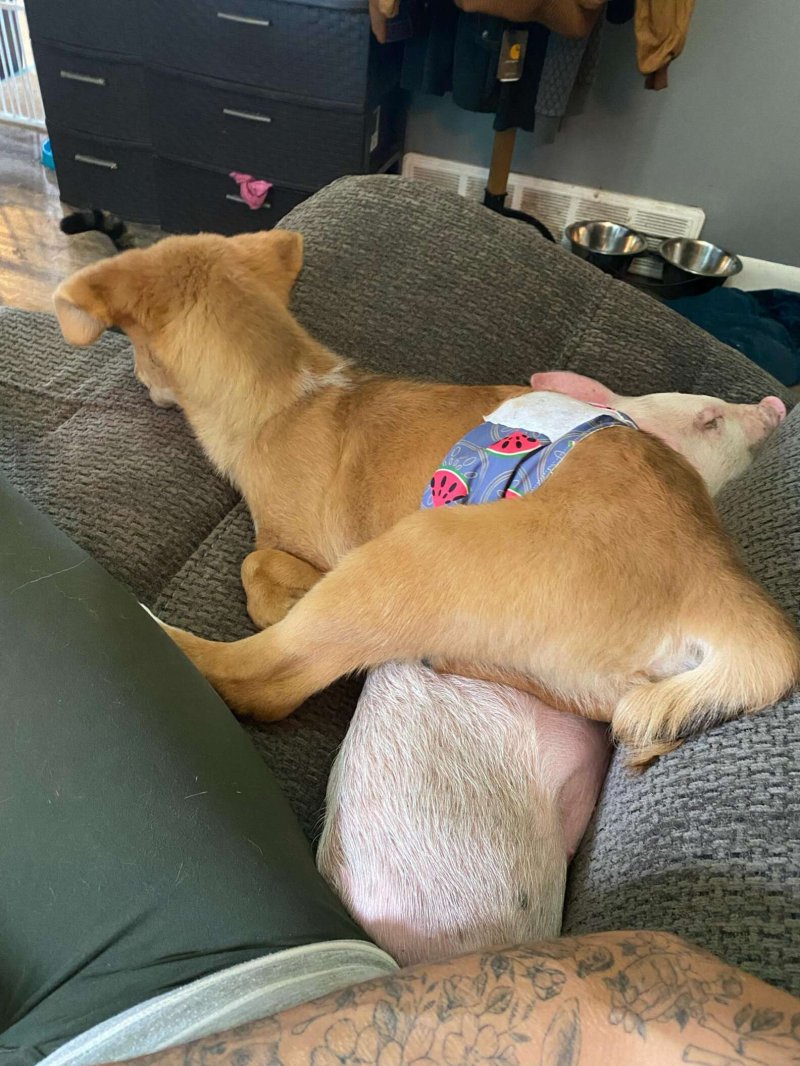 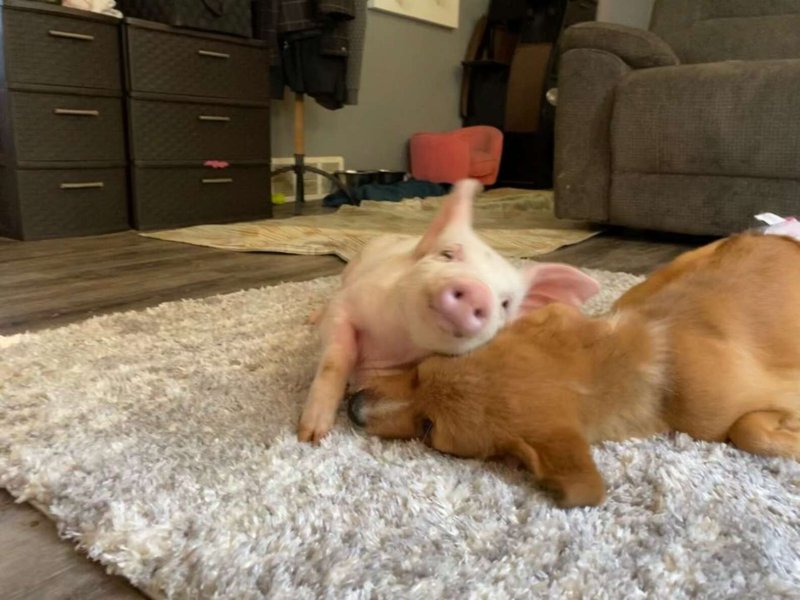 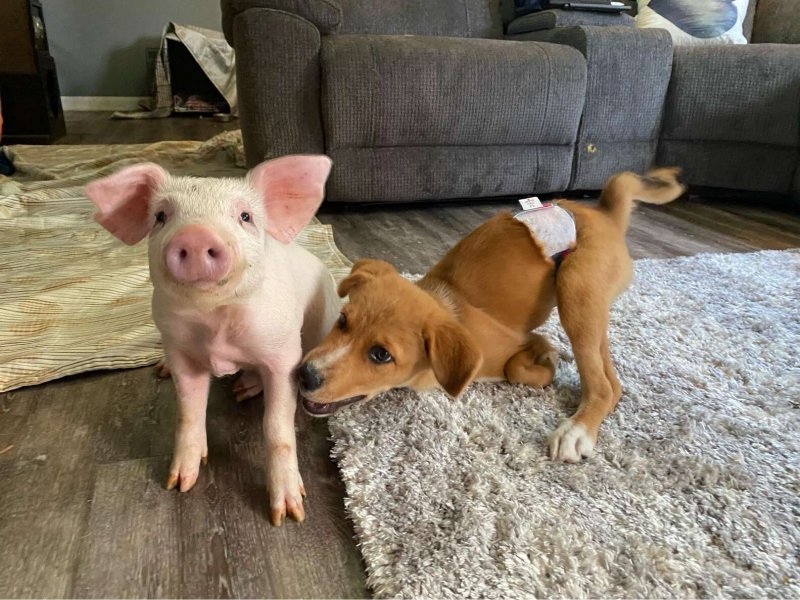