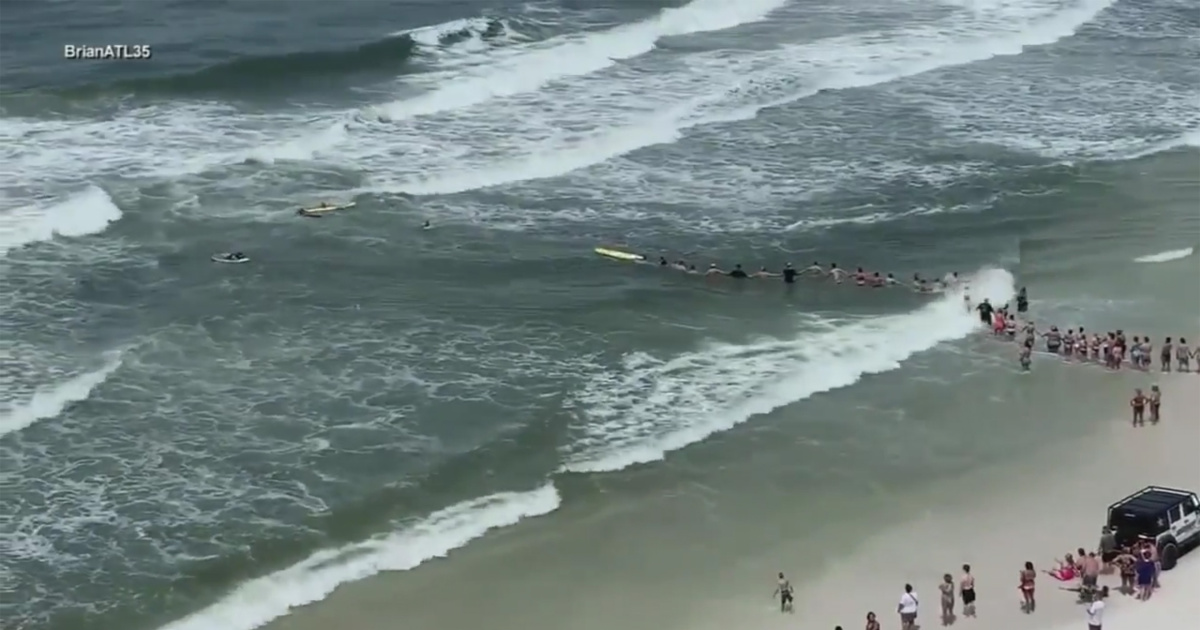 Unilad claims that an incredible film from Florida shows courageous lifeguards and holidaymakers retrieving a couple stuck in the surf during a hurricane.

A guy and a lady were caught in a rip current on Panama City Beach on July 14. A human chain was established in an attempt to reach them and bring them back to shore, and at least one person was compelled to swim out to the trapped duo. 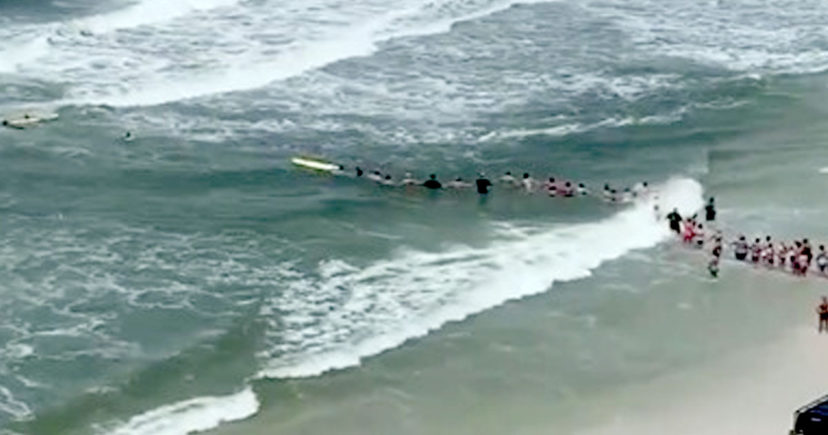 The rescue attempt was risky, as a police officer allegedly nearly died while attempting to assist the pair. Fortunately, the operation was a success, with the couple and their gallant rescuers safely arriving to shore.

Vacationer Bryan Daniels captured remarkable footage, later claiming that “the sheriff almost died saving drowning people,” meaning that “he had to be hauled out of the sea.” Fortunately, despite having “swallowed seawater,” he is doing fine.

It all started at 11 a.m. when double red flags were raised to warn beachgoers not to enter the water. However, some disregarded the warning, endangering not only their own lives but also the lives of others.

On the same day, 40 water rescues were performed in the Panama City Beach region. Sadly, one individual was killed.