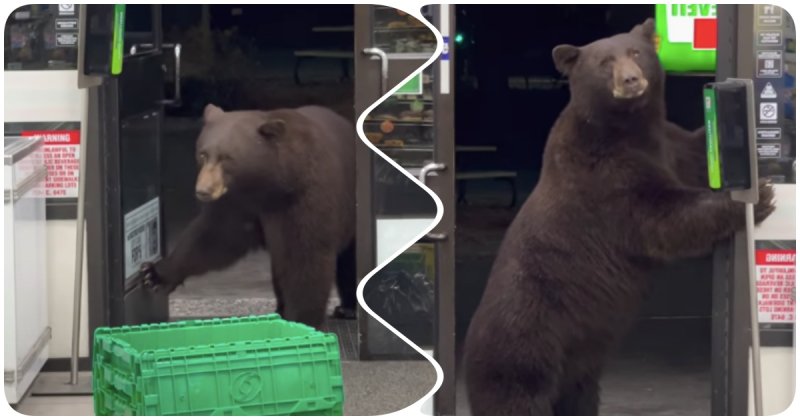 It all started with the fact that the bear went in search of food. He found trash cans outside the store and dug around. An employee of the store tried to drive him away, but she did not succeed on her own. Then she called the animal welfare staff, they managed to drive the predator away, but not for long.

In the morning, the clubfoot returned again but already decided to go not to the garbage containers, but to the grocery one.

The bear looked into the store, opened the door, looked around, used the hand sanitizer, and left.

It is obviously better not to argue with such a clubfoot buyer because the client is always right. The saleswoman will obviously remember such a meeting for a long time.