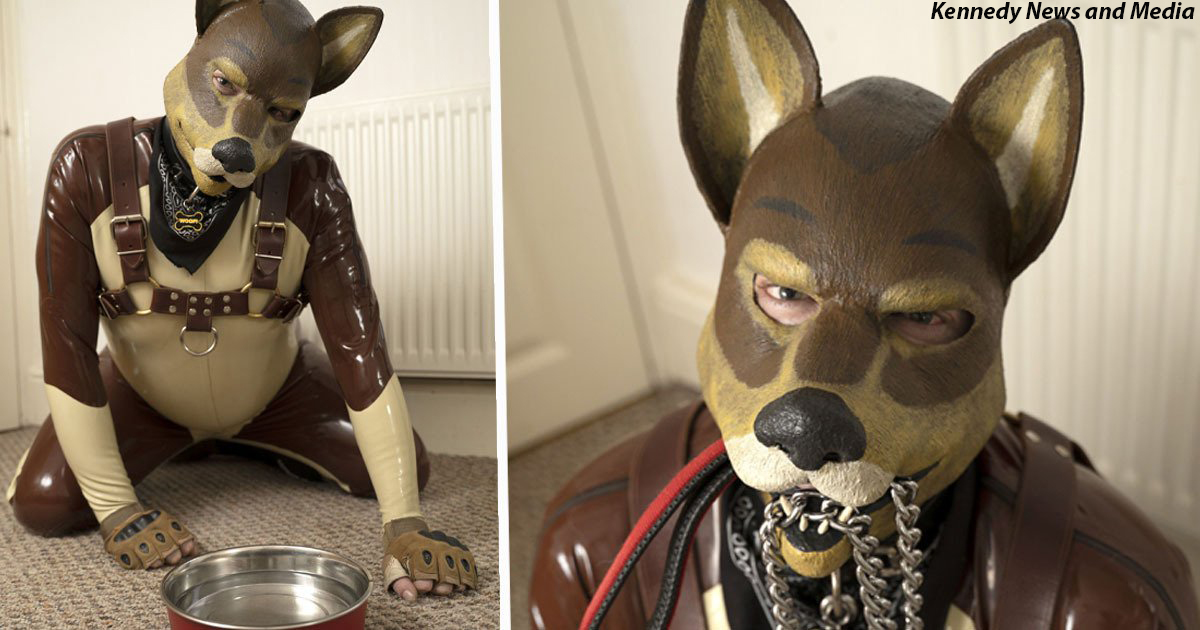 Kaz James dreamed of being a dog since childhood, but he was embarrassed to show his strangeness to others. Having matured, he no longer has anything to hide. The Briton lives and behaves like a real dog.

He wears a special suit, and collar, barks like a dog, and eats from a dog bowl. 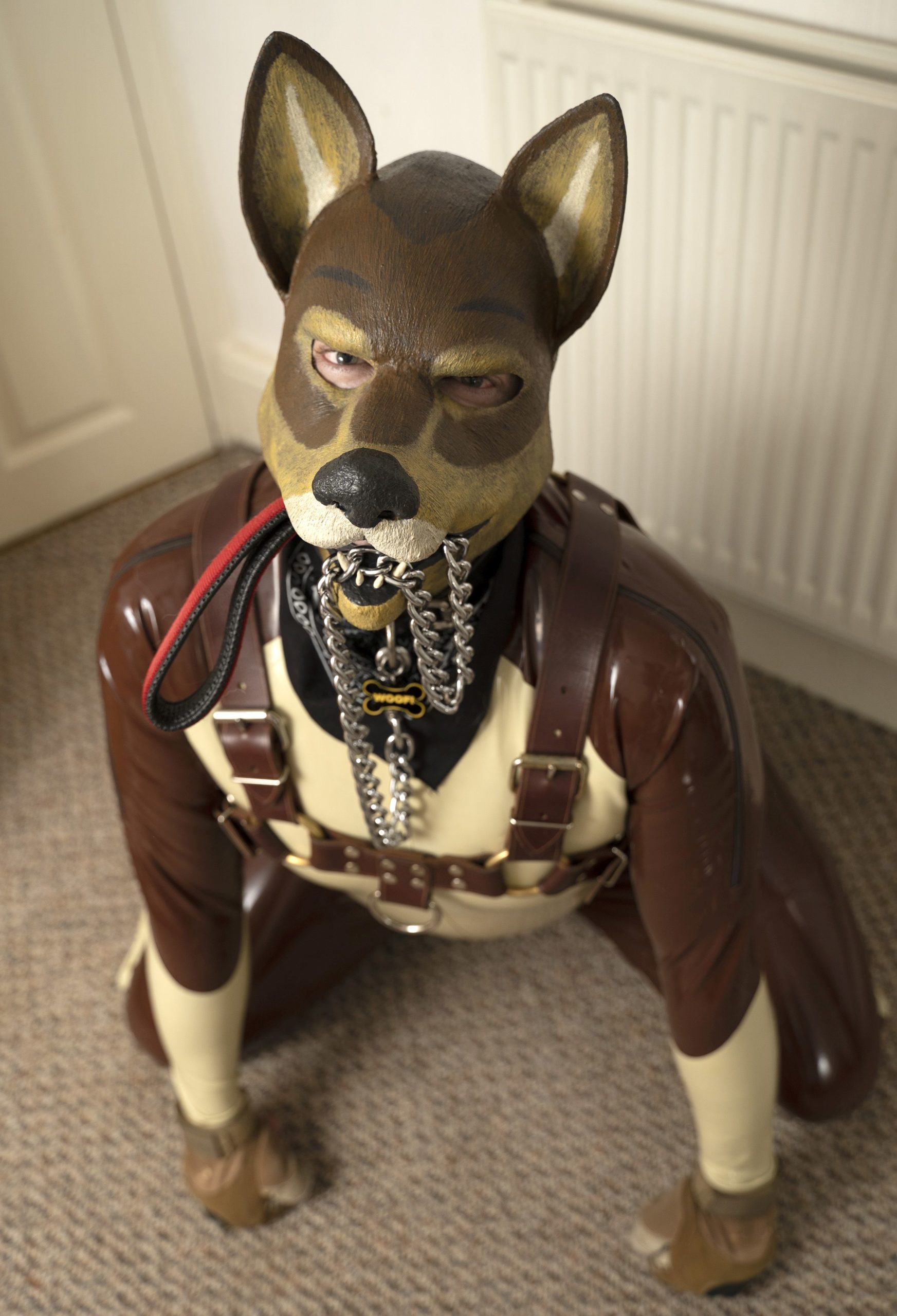 Kaz James began identifying with a pet while still in junior high.

While the dog man admits, that he found it difficult to talk about it with other people and openly demonstrate his inclinations.

“I was worried that if everyone found out, I would be considered insane,” admits Kaz. 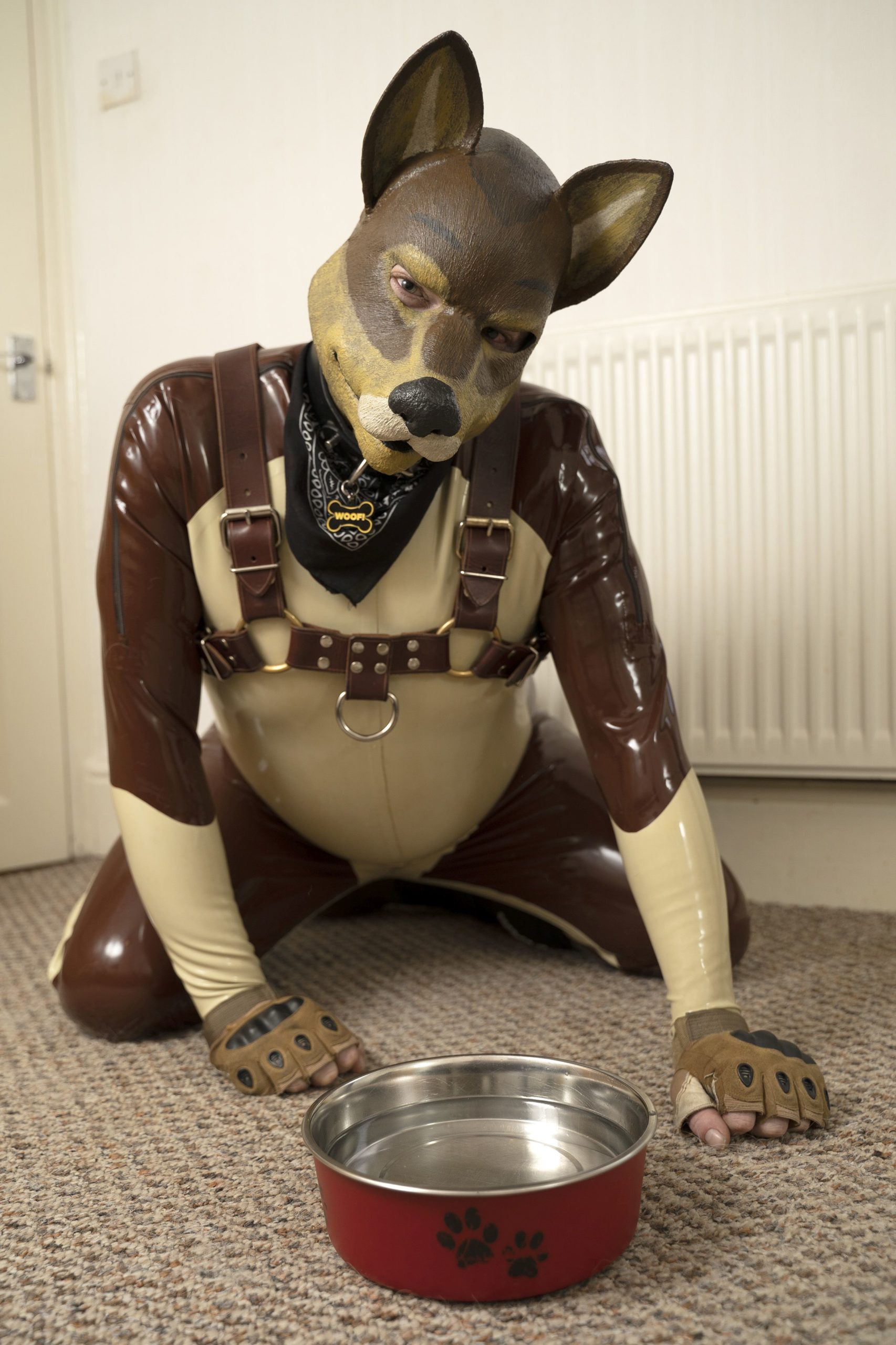 Having matured and gained access to the World Wide Web, James realized to his surprise that he was not alone and that many people from different countries of the world experience similar feelings.

This inspired the man to abandon the generally accepted rules and standards. Now he lives as he sees fit and no longer hides his oddities.

Kaz, 37, barks at friends and animals, prefers to carry things in his teeth rather than in his hands and eats his lunch from a dog bowl. 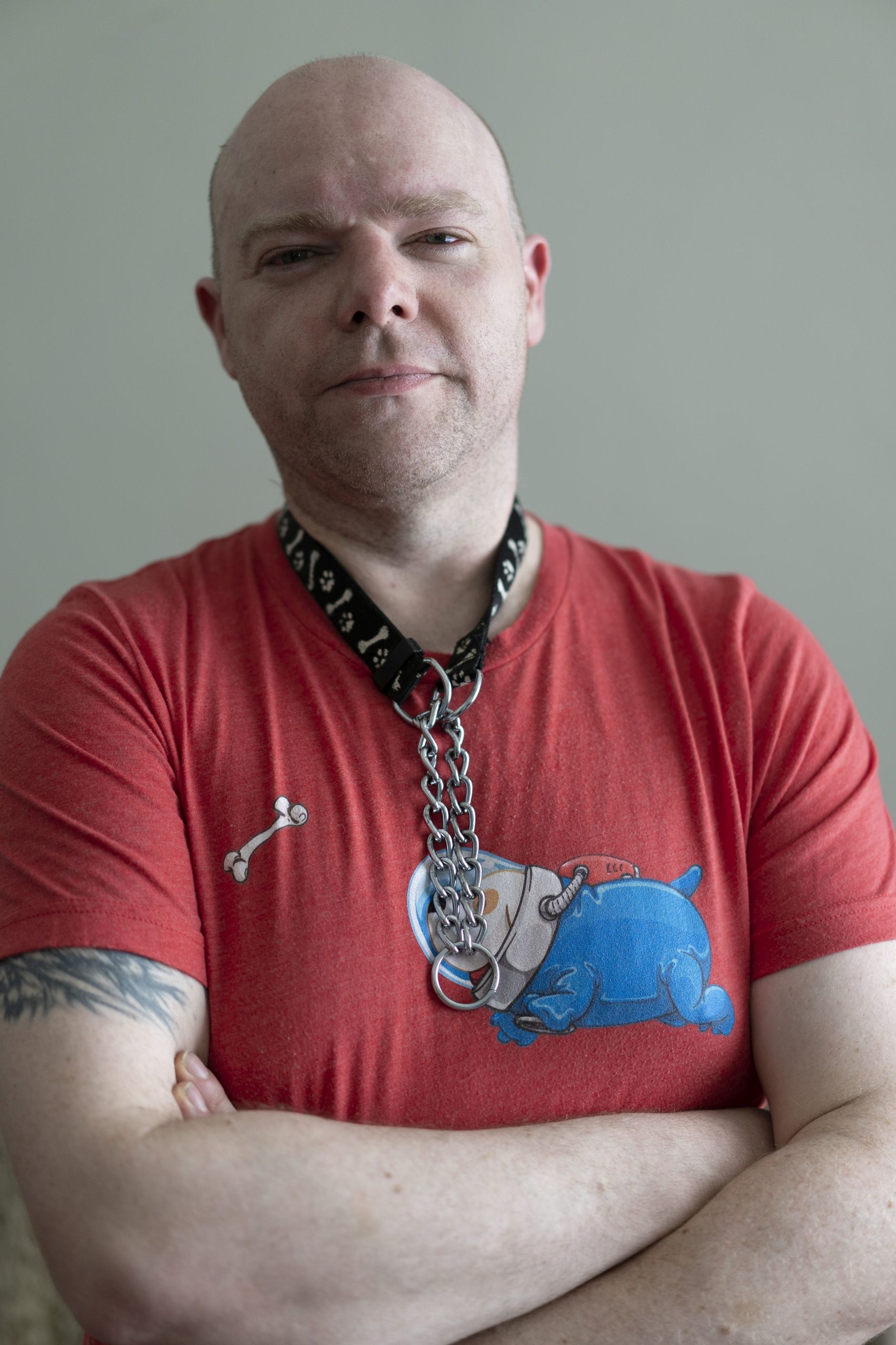 He has collars, leashes, and special costumes with paws and masks. He paid £400 each for two rubber suits. The fursuit, made to his measurements in Canada, cost £2,000.

“If I run into dogs outside the city, I will start barking at them too. I constantly encounter inadequate reactions from passers-by.” 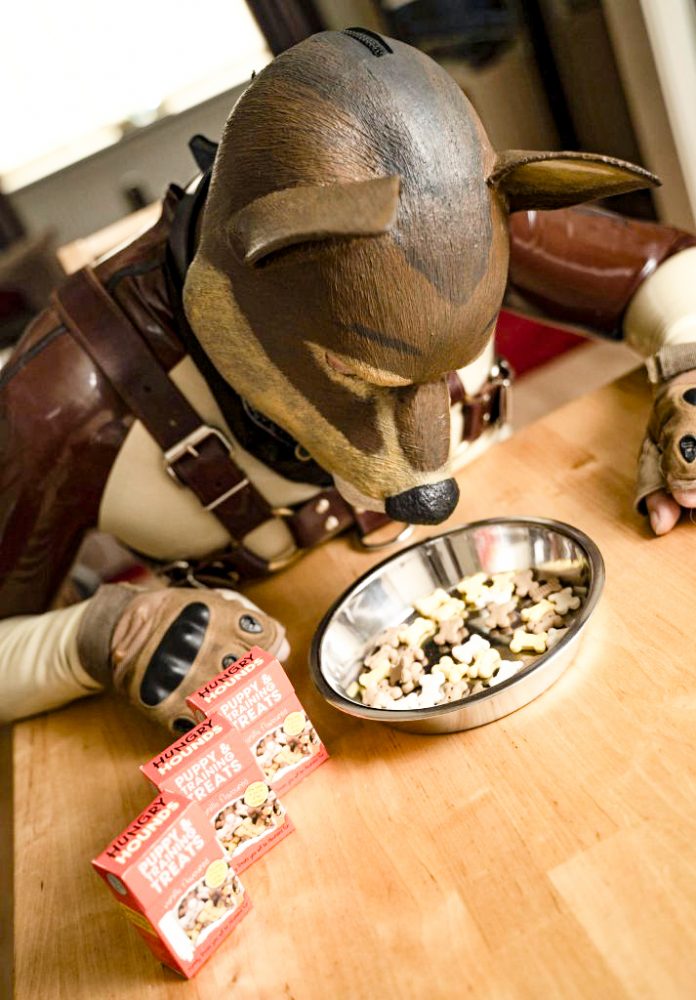 And yet, some react positively to the ‘man-dog’, which cannot but please James.

However, he emphasizes that he does not want to piss off or delight anyone, since his main goal is to release his “inner animal”.

“To a large extent, it’s a form of self-expression,” he explains. “The choice of my clothes depends on what I’m doing.” 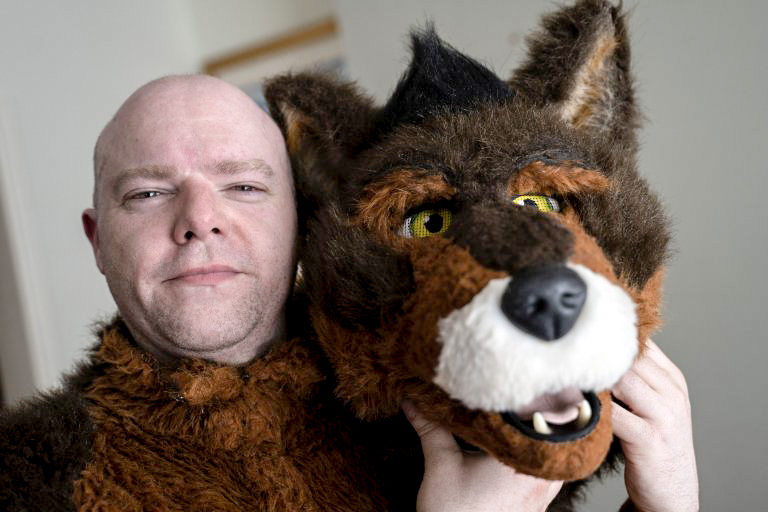 “When I go to work, I choose a rather modest outfit, like a T-shirt that says ‘Puppy’. It’s an extension of me. These outfits say how I feel.”

After a day at work or going out in public, nothing gives Kazu such pleasure as being at home and eating from his dog bowl. 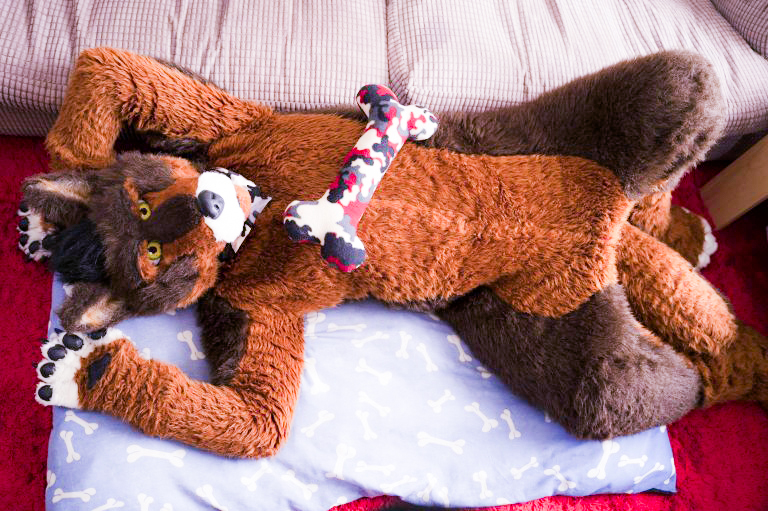 Coming to visit friends, Kaz does not sit down with them at a common table, but eats on the floor. The guy himself admits that he gets real pleasure from the freedom of expression and will no longer hide his features.

“I can act like a human, but I feel like a dog. So I will do what I feel comfortable with.” 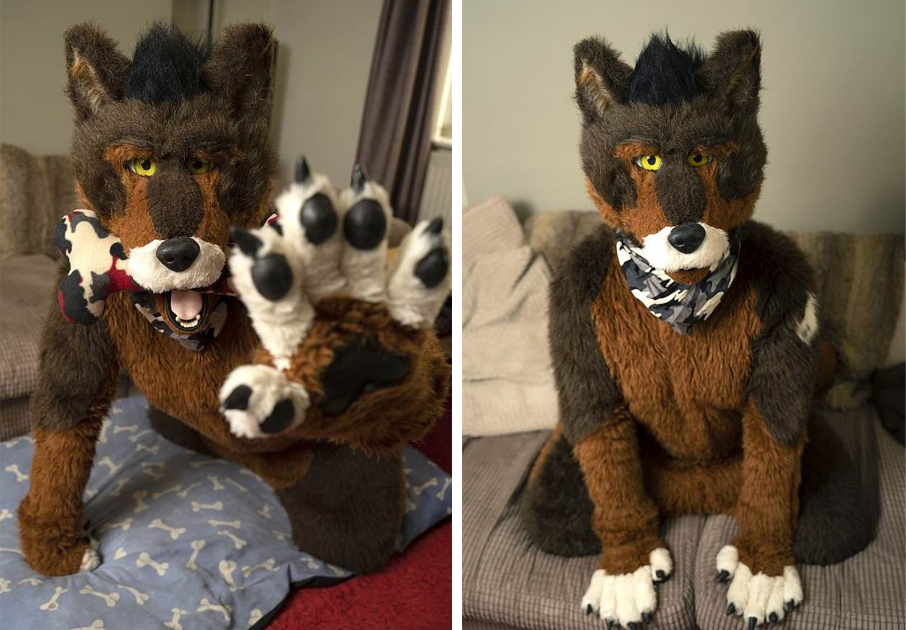 What can be said about this? Strange people were, are, and always will be in our world. Probably, you need to allow a person to be happy, no matter how strange he looks from the outside.