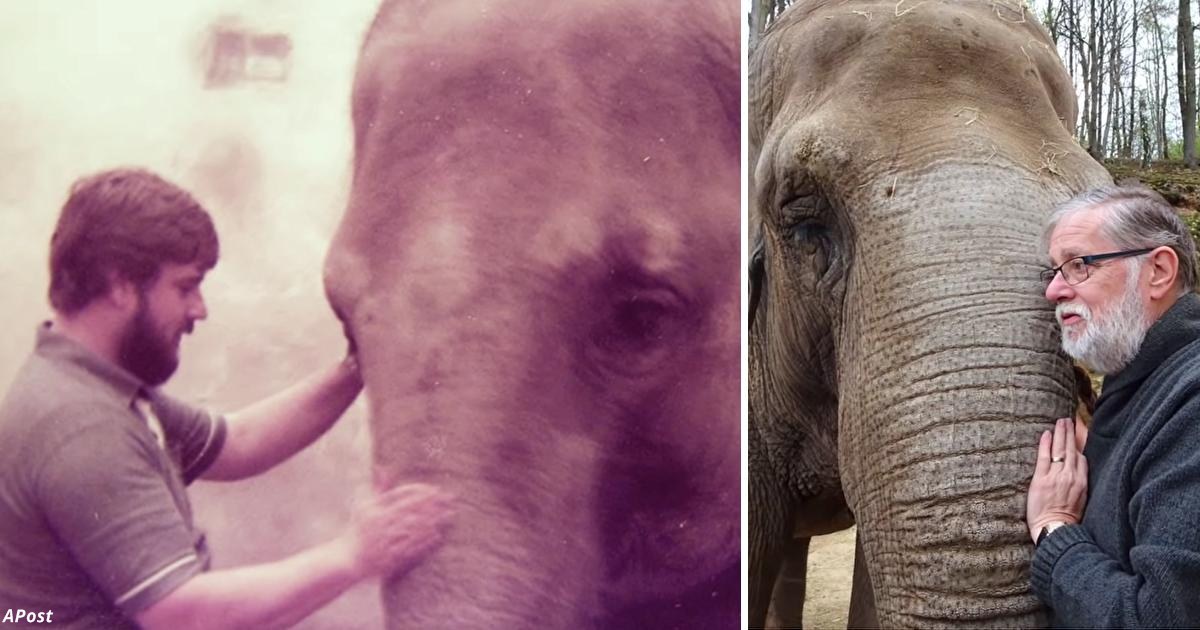 It was incredibly moving when a British zookeeper encountered an elephant he had nursed almost 30 years ago.

Kirsty, an Indian elephant who resided at the Glasgow Zoo in the 1970s and 1980s, recognized Peter Adamson right away.

In the early 1970s, Adamson worked as a caretaker at the Scottish Zoo, where he looked after Kirsty. The elephant relocated to a new location in 1987. 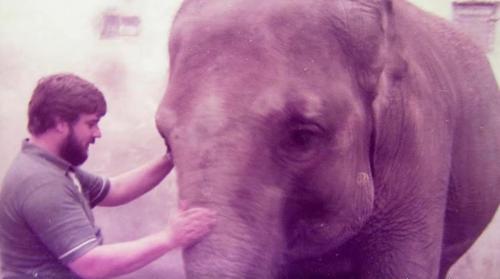 Adamson knew nothing of the elephant’s new life, but she just found that she lived in Germany and wanted to pay her a visit.

Adamson touched Kirsty, who instantly wrapped her trunk around him – elephants only do this with close friends! 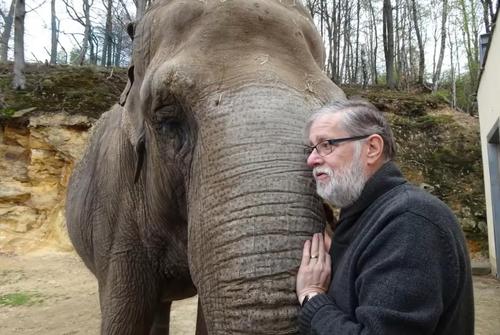 “Of course, I was wondering if elephants really don’t forget anything. The fact that she allowed me in and welcomed me deeply moved me. I shall cherish memories about her forever.”

The elephant most likely remembered her old pal by his sound, according to zoologists. The Scot now intends to pay her additional visits. 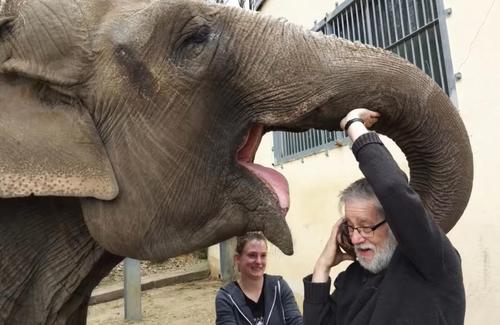 Kirsti was born in 1967 and has been a resident of the Neunkirchen Zoo in West Germany since 2005.

Here’s a video of this emotional encounter: