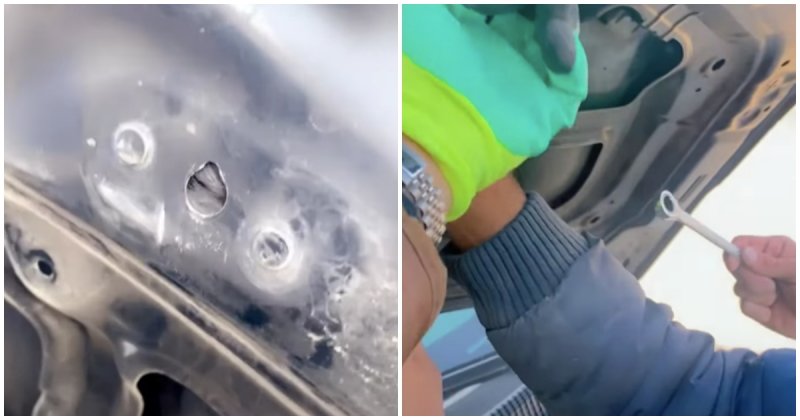 It’s good that there are still people in the world who are not indifferent to someone else’s misfortune!

So, men in Iraq heard a squeak under the hood. They found a fluffy lump there, climbing into the most secret and strange place.

Maybe he just wanted to warm himself? But how he managed to get there is a mystery.

The men took the tools, turned on their ingenuity, and began to rescue the kitten. The rescue operation was successful, and after they returned the baby to his mother.