Could you imagine that a bird crashed into you? Such a slightly ridiculous and dangerous situation happened in an amusement park in America. A seagull crashed into a girl right while riding on a hill, which accelerates to a speed of 120 km / h. The news was first seen on the Fox News channel. The author said that girlfriends Kolya Holman and Georgia Reid, without foreshadowing anything, ended their visit to the amusement park with an unusual situation. 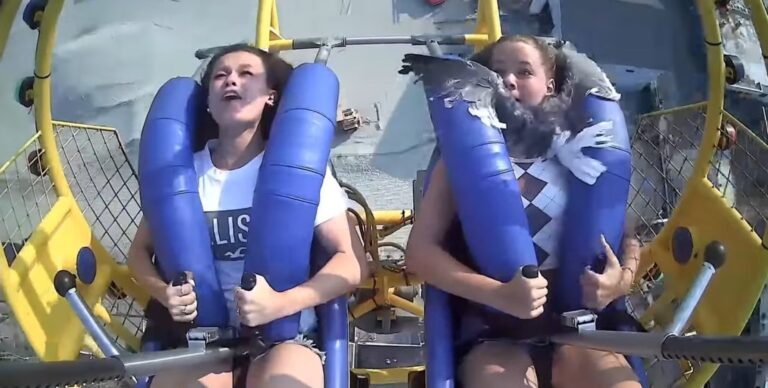 The incident happened on the SpringShot when the mechanism was going up. A seagull crashed into Kolya, and at the same moment, she threw the bird away from her. It all lasted no more than a couple of minutes. Kolya’s friend, Georgia, did not even have time to notice anything. By the way, surveillance cameras recorded the incident. Shortly, the record hit the net and even gained popularity. Fortunately, the girl was not injured. This was facilitated by the protective system of the attraction.

After landing, Kolya told her mother and friend about this incident.

A teenage girl even gave an interview about this case. Koli said that a collision was unavoidable.