In life, there is always a place for a feat, albeit a small one. And we, as humans, achieve the best results when we work as a team.

Two simple components that saved the other day were a mustachioed-striped and not too grateful-looking beast. But it’s probably out of fear.

It was in Malaysia, in the town of Perlisu. The cat fell into the water but held on to the wooden debris. 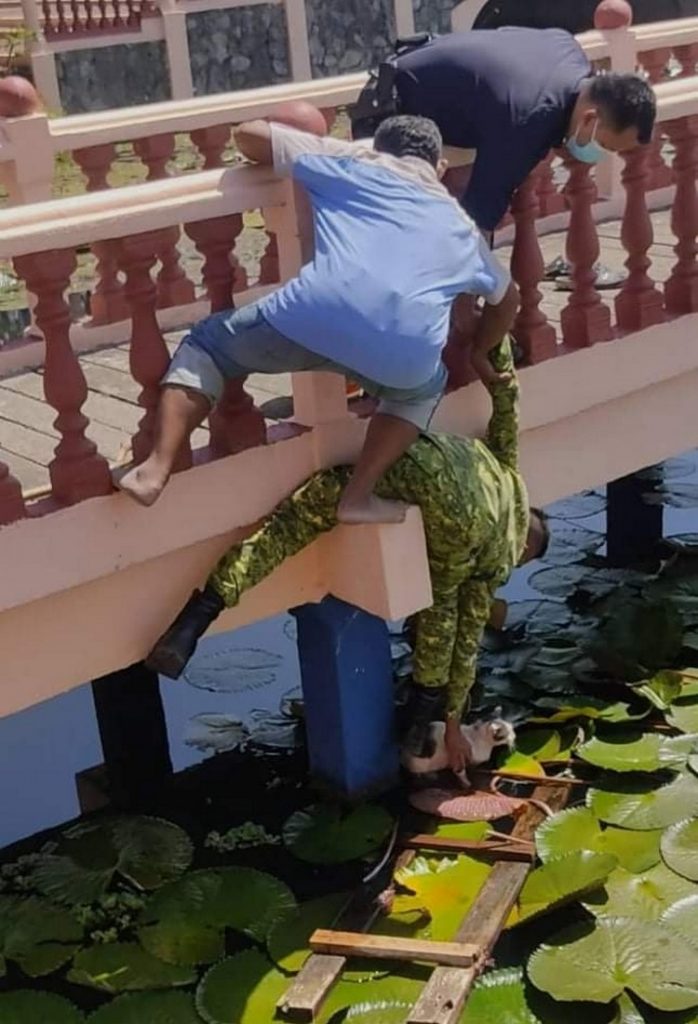 This was noticed by a soldier from the local volunteer brigade, who tried to get the animal, but the cat was sitting too uncomfortable. A passer-by man volunteered to help him, who held the soldier, and then a policeman came up to the fuss and joined them. And it still doesn’t come out!

The problem was in the cat itself – he dodged, he couldn’t catch it, but he couldn’t run away either. And then the ingenuity went into action! 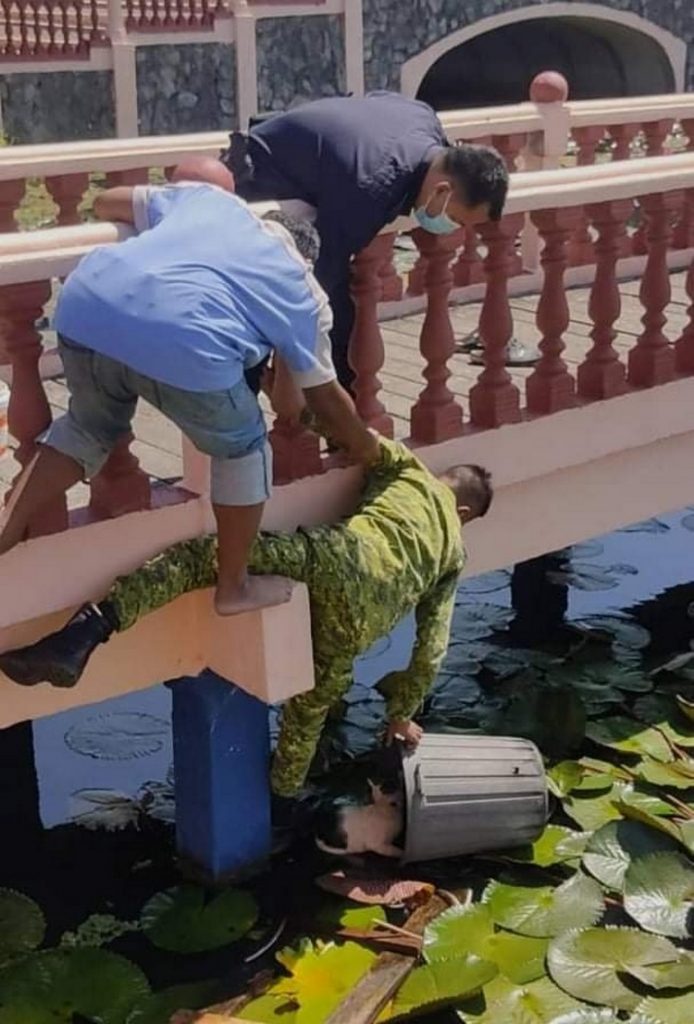 A good bucket is sometimes the most useful! In this case, a plastic trash can is just the right size to catch the cat and haul it upstairs! Good teamwork! 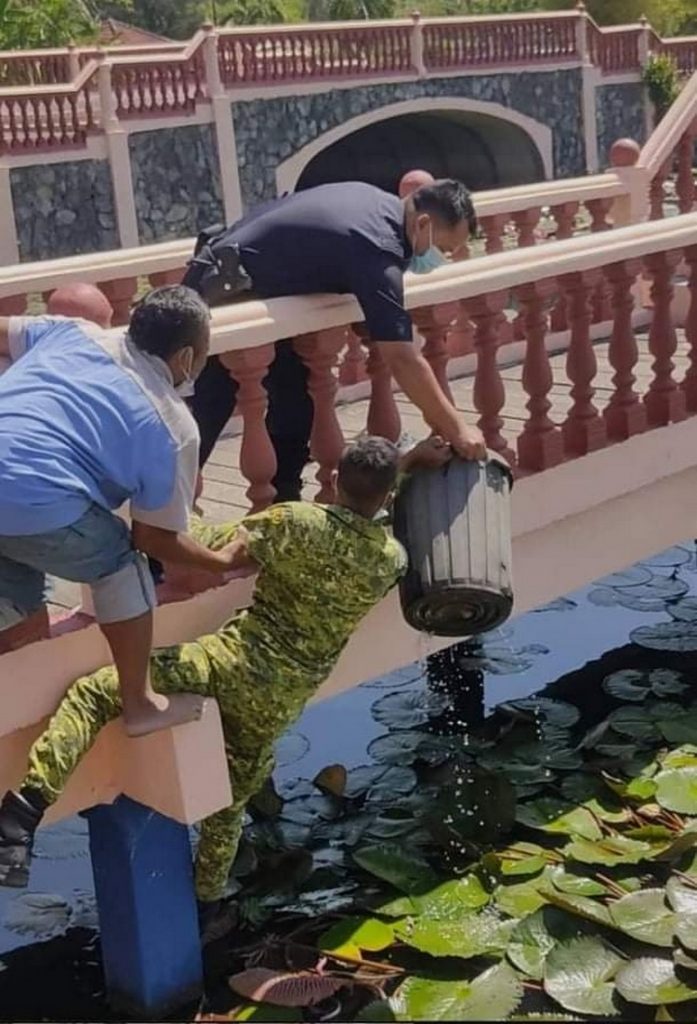 The cat nevertheless turned out to be ungrateful and immediately ran away, without even saying thanks to the rescuers. But instead of him, many social media users did it, urging them to follow the example of humble heroes.