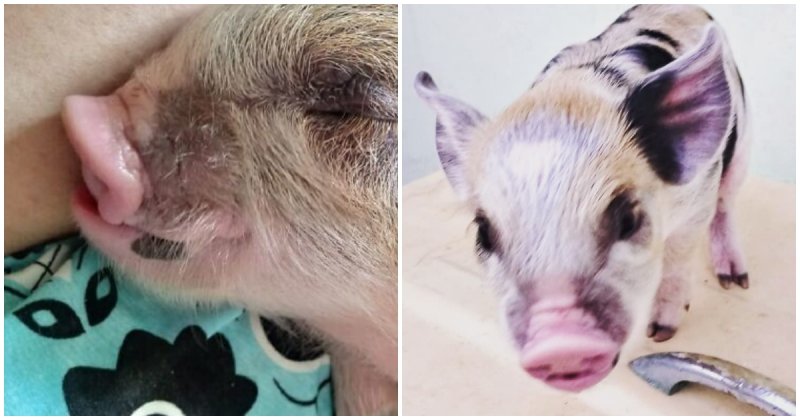 The domestic dwarf pig, sometimes known as the minipig, is a popular pet in many countries. A Brazilian woman who already had dogs wanted to buy a pig.

Rosangela Martins dos Santos of Peruibe, Brazil, purchased a cute mini pig. The little pig made the owner happy. But only at the beginning. 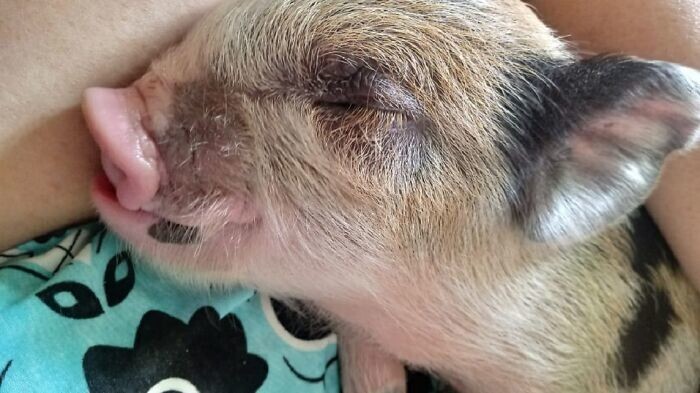 The breeder said that the length of the pig will be no more than 90 cm. But something went wrong. 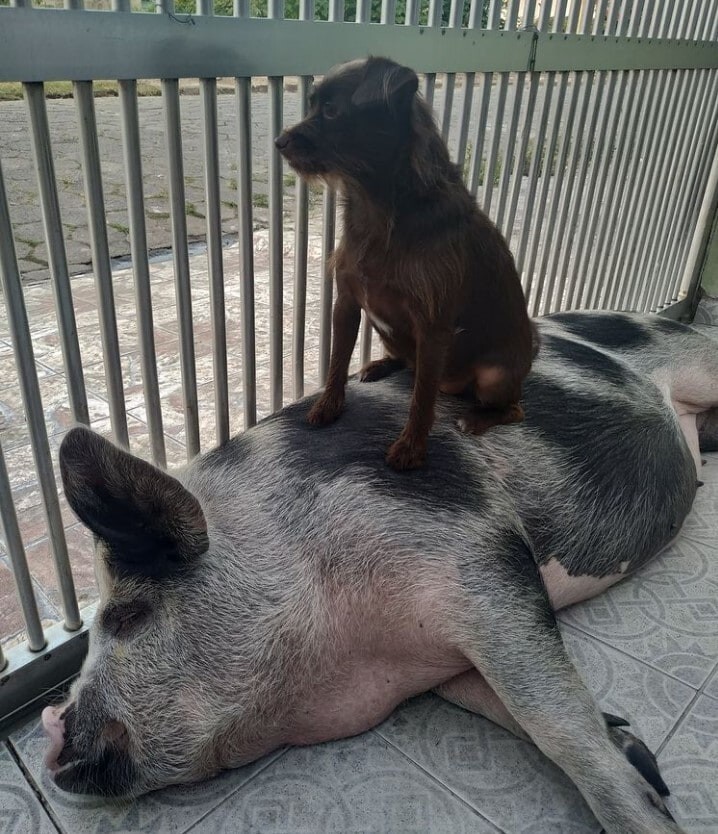 For 3 years, the pig turned from a crumb into a one-and-a-half meter pig weighing 250 kilos. 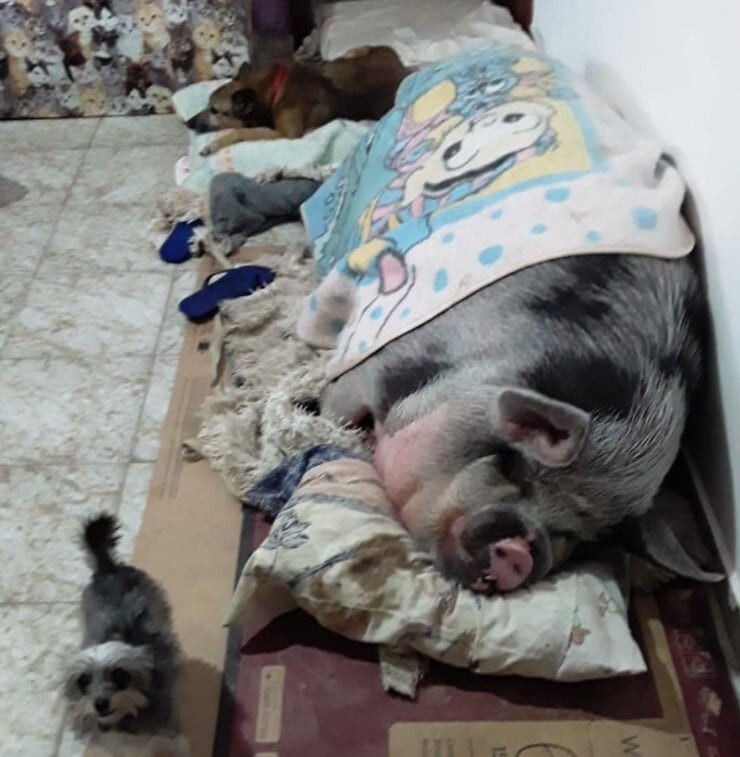 The name of the pig is Lilika. The owner loves her, but she definitely did not expect that the purchase would turn out to be such a big surprise. 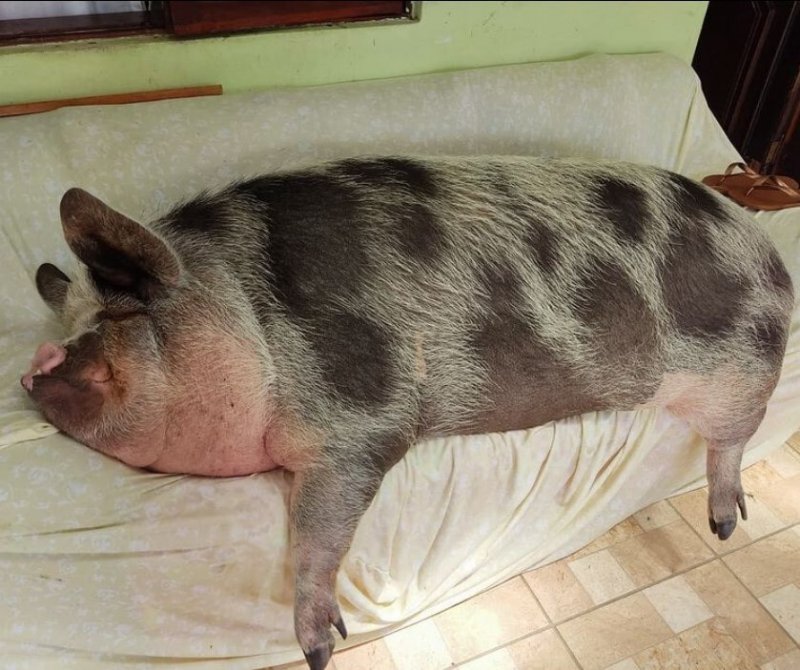 Lilika eats 5 kg of food a day. She has her own sofa. If the pig is hungry, then in search of a treat, she can even open the refrigerator herself. 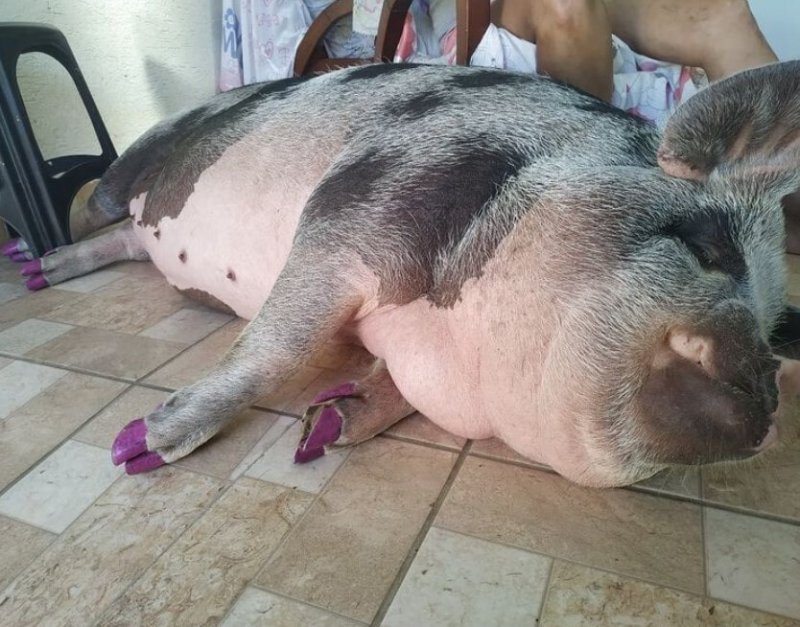 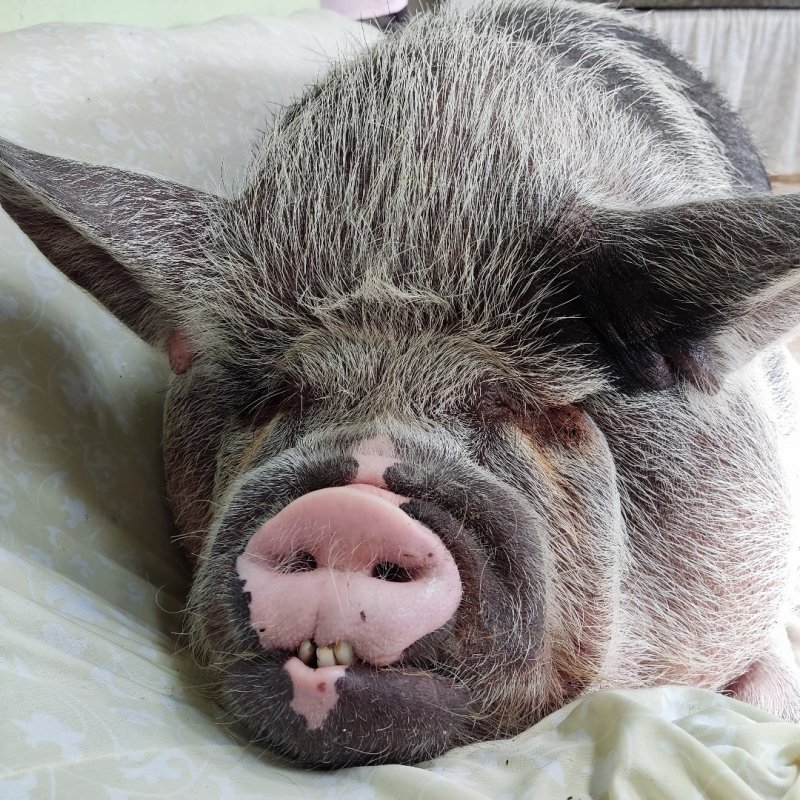