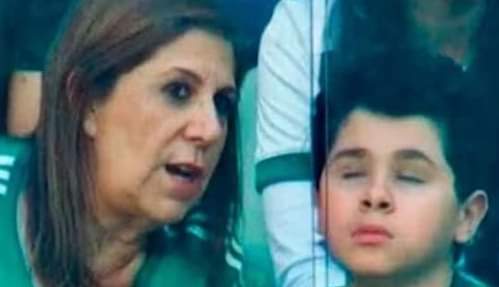 Silvia Greco of Brazil received the FIFA Best Fan Award in 2019. Her dedication is admirable.

Sylvia is the mother of 12-year-old Nicholas. He was born prematurely (in the fourth month of pregnancy), and due to deep prematurity and retinal underdevelopment, he is blind and autistic. The biological mother, as well as 11 other families in the adoption line, declined the child. Only Sylvia decided to give Nicholas hope, and she is certain that she was meant to be his mother.

In 2018, the camera captured a touching moment during a match between Palmeiras and Corinthians. A blind boy sat in one of the chairs, and his mother, who actively and emotionally commented on the game, sat next to him.

Greco and Nicholas began to portray, and this couple has become a true symbol of the team as a result of these shots literally spreading all over the world.

Nicolas, along with Sylvia, regularly attends matches featuring his favorite football players, and he also attends training by invitation. The boy knows everyone on the Palmeiras team and was even invited to Dudu’s own son, the captain’s, birthday party.

Nicholas is a Neymar fan, and he had the opportunity to meet and get to know the idol in 2013 when he trained with the Santos club. Neymar, incidentally, was a Palmeiras fan as a child. Not long ago, Neymar invited a young fan and his mother to a friendly category match between Brazilian and Colombian athletes (where Neymar scored the first goal of the season). 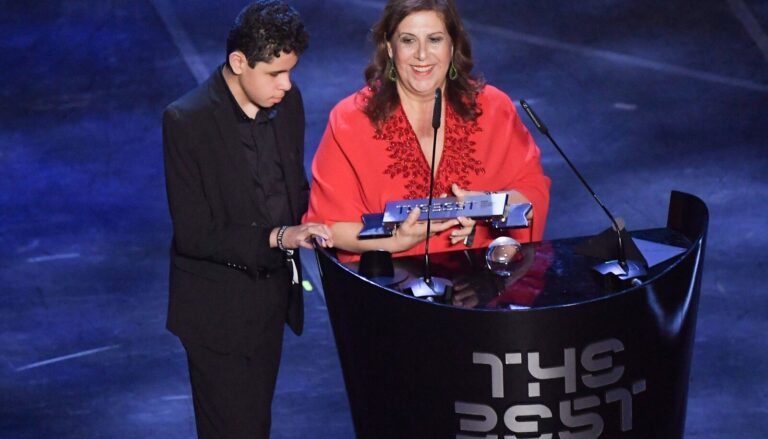 Sylvia admitted that it was she who turned Nicolas into a Palmeiras fan, as she had supported the club since she was five years old with her father. Once a month, a woman and her son visit the stadium and recount the events of the game, including not only the movements of the players around the field but also the situation and even the appearance of the players, such as their uniforms and shoes. But the goal-scoring moments are especially exciting because Greco describes them so emotionally.

Initially, Nicholas wore headphones and listened to the commentator, but her screams and movements made it difficult to feel the true atmosphere of the stands. Then Sylvia decided to take over as the commentator and become her son’s eyes. And it was precise because of such unconditional and sincere maternal love that the woman became the best fan, beating the Dutch fans and Justo Sanchez, who, after the death of his son, decided to support his beloved club, despite previously supporting opponents. 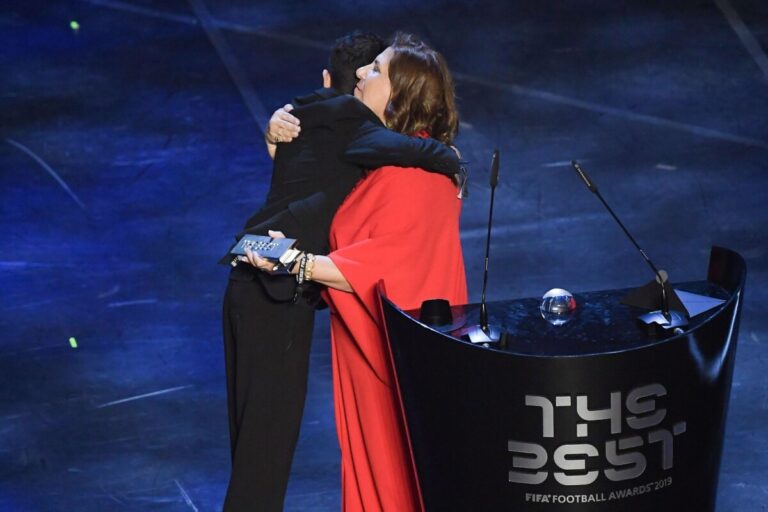 According to Silvia, football is more than just a hobby; it is also an opportunity to express emotions and socialize. Nicholas, who is blind and autistic, rarely communicates with his peers and prefers to play with primitive toys. His mother, on the other hand, brightens and enriches his life by taking him to football games, riding a surfboard, and organizing mountain hikes. Greco considers motherhood to be her greatest joy and the meaning of her life. She hopes to set a good example for other parents by demonstrating the importance of fighting for their children with developmental disabilities.