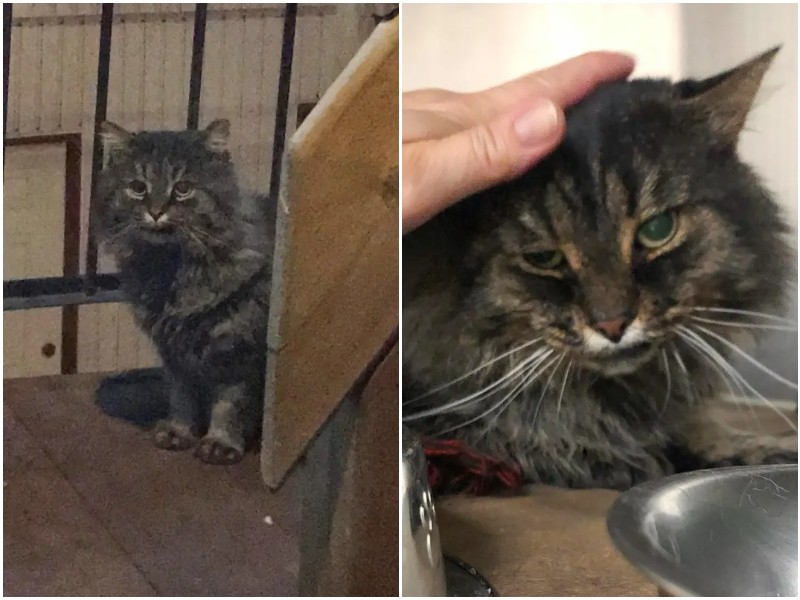 The woman noticed that this hungry elderly cat was wandering near her house. He modestly approached the porch and looked out the window, trying to ask for food. When the woman saw him, she knew that he needed help.

A resident of the Canadian city of Montreal named Celine noticed this cat near her home. The poor cat was very hungry, and looked into the windows of the woman, asking for food. She took pity on him and decided to give the guest something to eat. 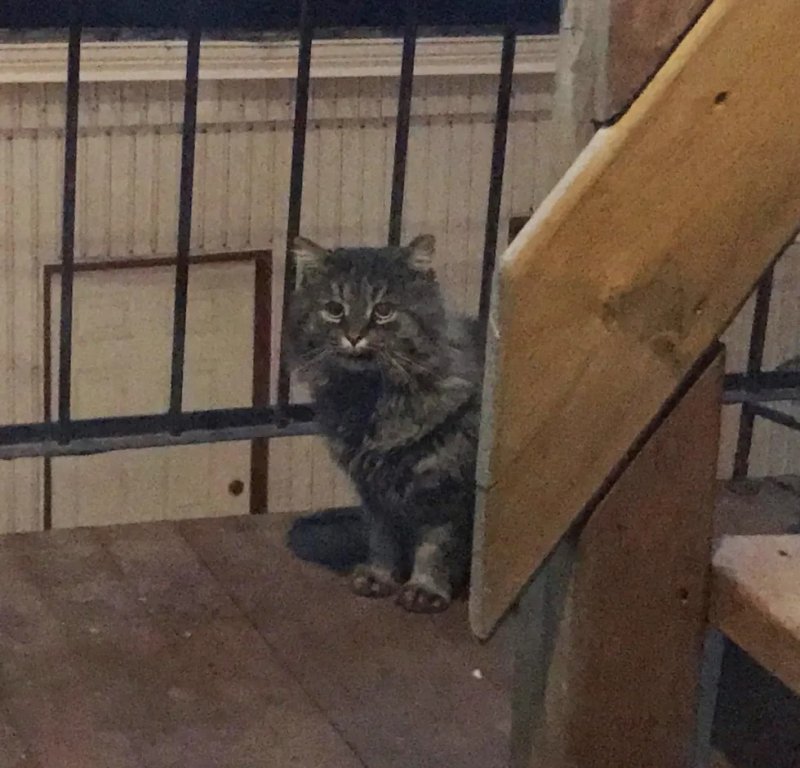 The cat turned out to be very modest – he did not let anyone near him and approached the food only when Celine left. From that day on, the cat began to visit often. The woman gave him the name Luckyou. 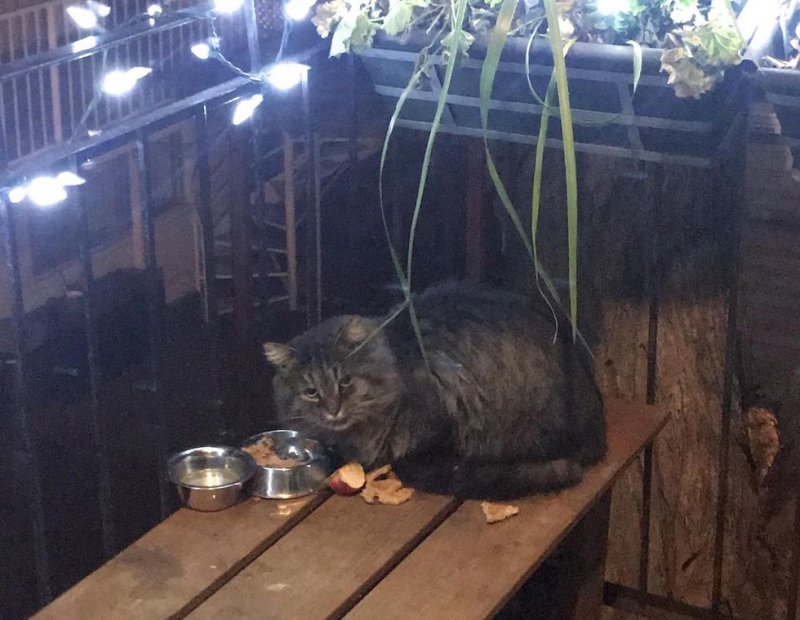 Over time, Celine noticed that the cat had problems with its jaw – he could not close it, which is why he could not chew food normally. Then she decided to help her guest and set a humane trap to catch him and examine him. 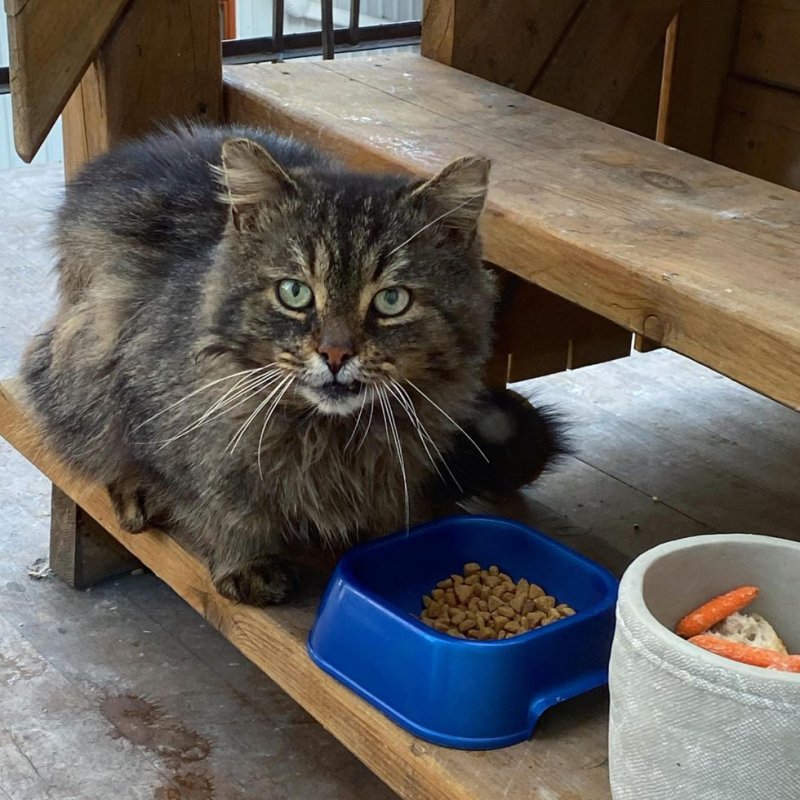 The woman managed to catch the guest the same evening. It turned out that the poor fellow was covered in fleas and dirt, and his jaw was damaged. She called the vets, who took the cat in for a checkup. 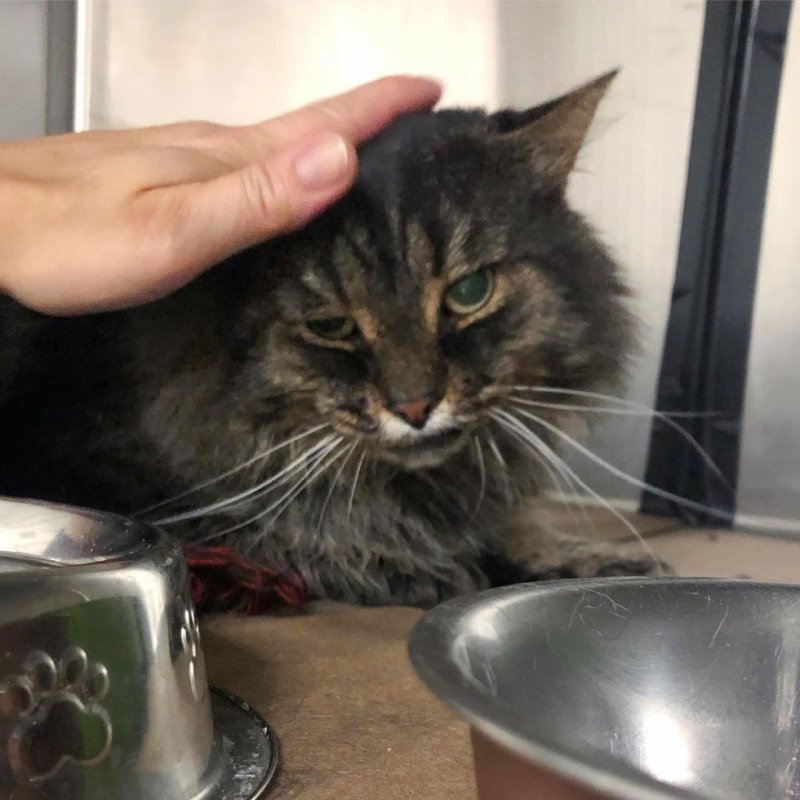 They determined that the cat was about seven years old, and also found that he had an immunodeficiency virus. At first, he was afraid of everything around, but soon realized that he would be helped here, and even allowed the rescuers to stroke him. It was evident that Luckyou was not accustomed to the man. 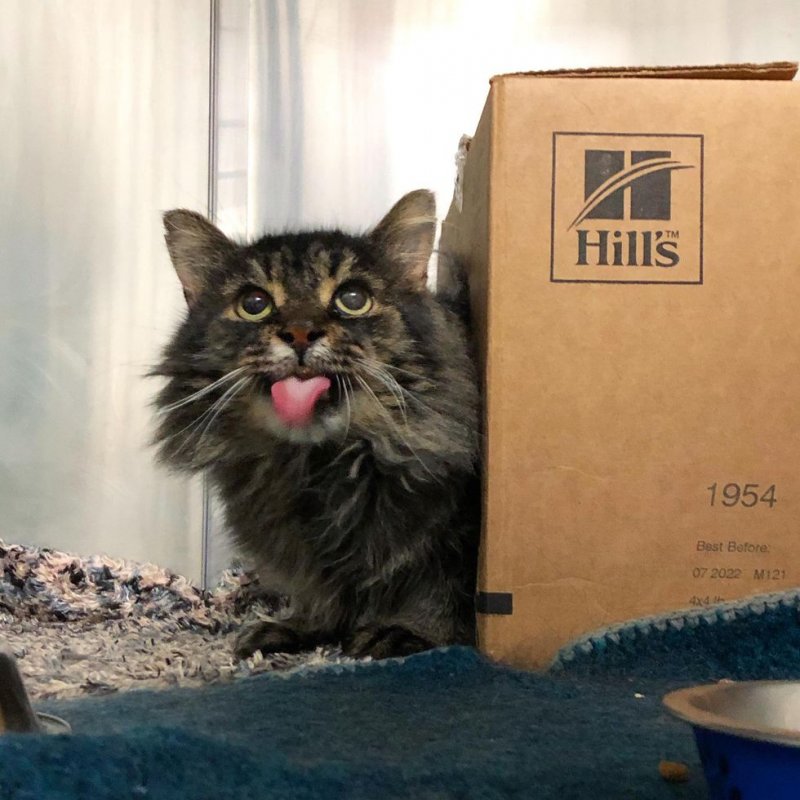 After medical attention, Luckyou was sent to foster care. There, for the first time, he felt like a full-fledged pet, who was looked after and bestowed with affection. Although he hid in corners for the first two weeks, later his heart melted. 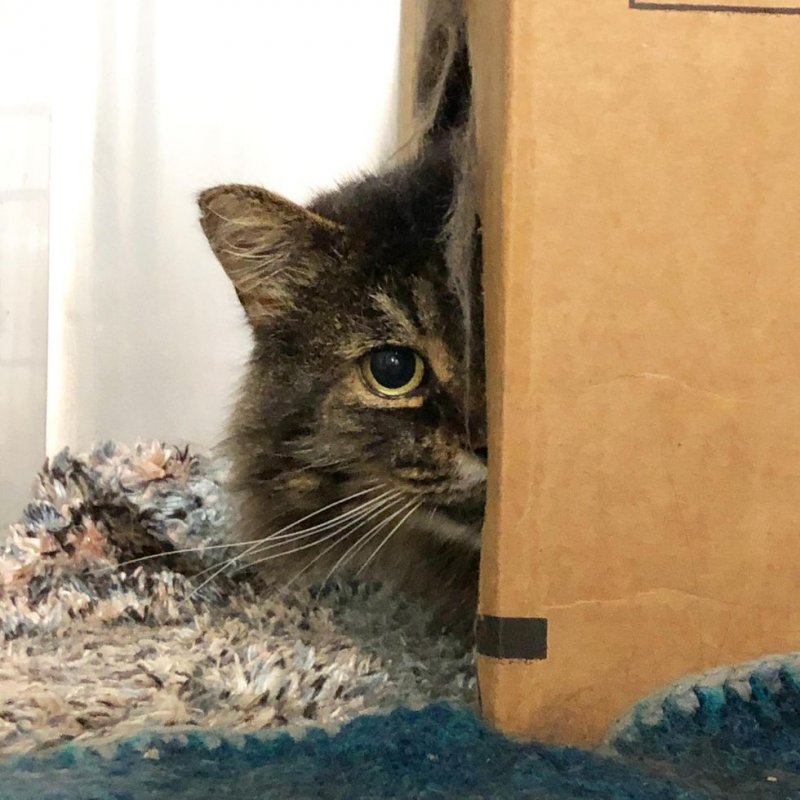 The old cat turned out to be kind, sweet, wise, and calm. He always purred loudly when he was stroked, and courageously endured all medical procedures. Now they are looking for owners for the cat. Be happy handsome! 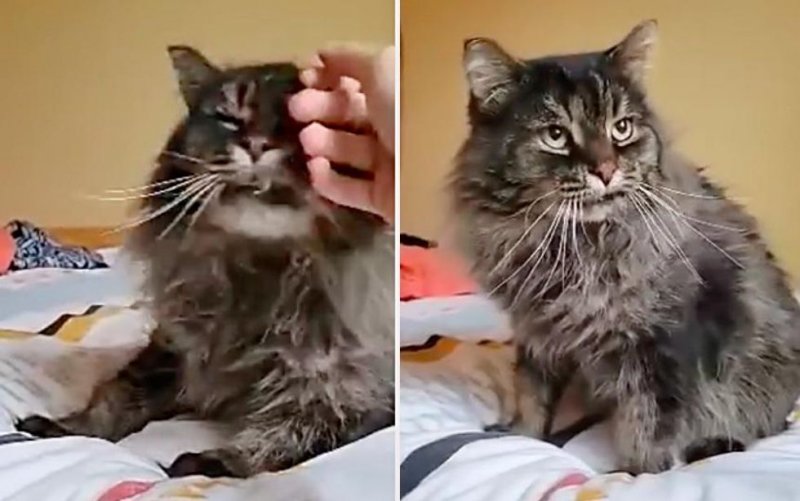 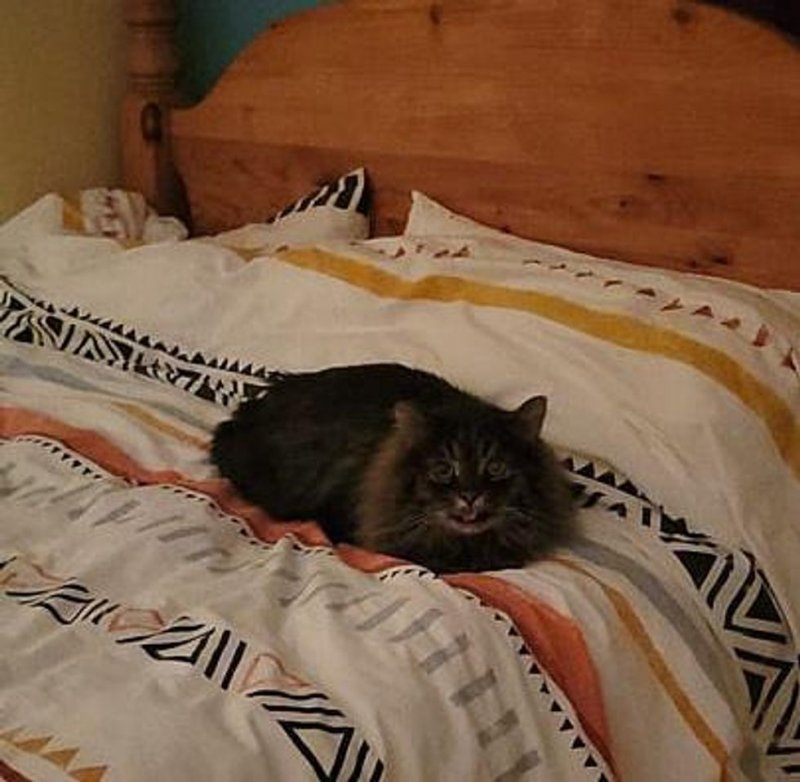