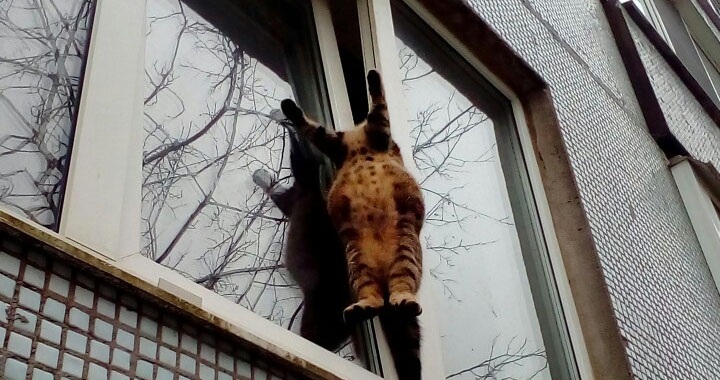 This story, which almost ended in tragedy, took place in the Leningrad region, in the city of Kirovsk. The owners of the apartment left the house, leaving the window ajar. Their pet took advantage of this – the cat felt the onset of spring warmth and decided to go for a walk. However, the jump was unsuccessful. The animal hung by its neck, stuck between the glass and the frame. The cat was lucky – a passer-by rushed to save him.

Olga Yunusova, who gave the fugitive a second life, told reporters that the animal was in the balance of death. When the woman noticed the cat, he wheezed heavily. Luckily the window was on the ground floor. Olga says that at first, caring people tried to push the animal back into the apartment with two mops, but this was unsuccessful. Then the neighbor on the entrance took out a chair, stood on it, and soon the sufferer was saved. 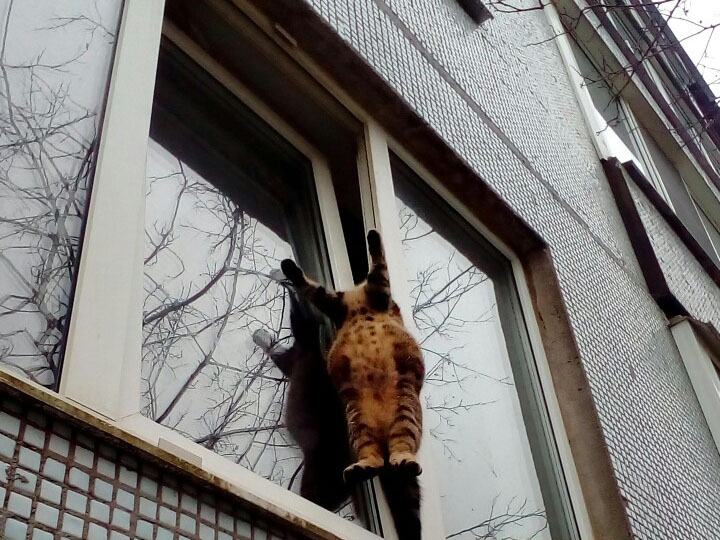 It was obvious that the animal, which was literally pulled out of the clutches of death, had impaired coordination. However, this did not stop him from instantly hiding away from his saviors.

Netizens were glad that this story ended happily for the cat. In the comments, many people thanked the rescuers of the animal.

Veterinarians, once again, reminded people that open windows can become a death trap for cats. They urge pet owners not to use vertical ventilation. A cat stuck between a frame and an ajar sash cannot be helped even by the best doctor. In animals, paws and internal organs very quickly fail, followed by cardiac arrest. Veterinarians urge not to allow the cruel death of animals. To do this, you just need to install bars or latches on the windows that will not allow the cat to get stuck in the window and die in a painful death. 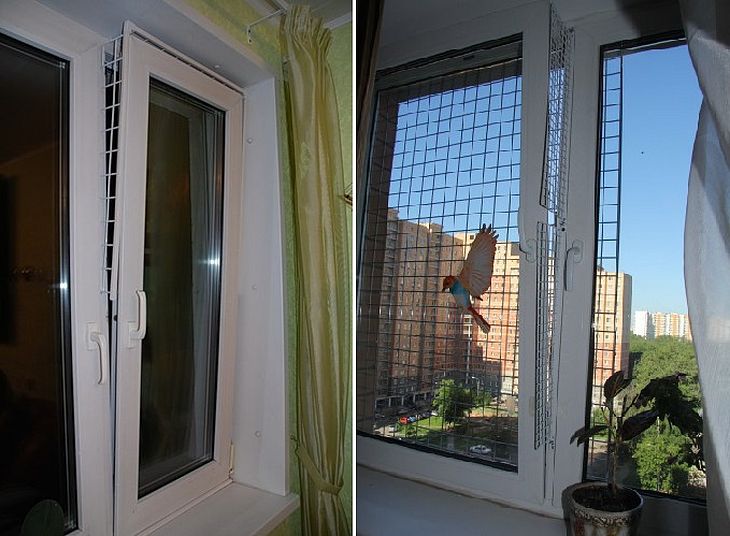