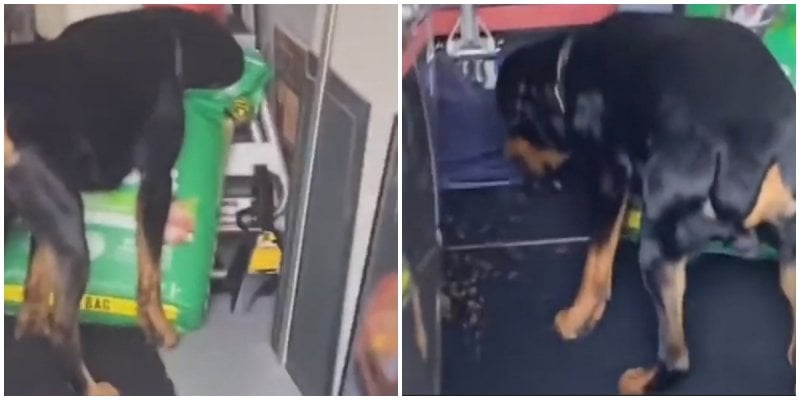 Like any other animals, dogs just love to eat. Many owners monitor the nutrition of their pets and feed them by the hour. This Rottweiler does not like the regime and he went for a trick.

The owner of this dog successfully introduced the hourly feeding system. She was even surprised how easily the dog accepted his regimen. A few weeks later, the girl heard strange sounds in the pantry and found a dog named Bruno there. He successfully ate food straight from the bag. When the girl called out to him, he spat out the food in fright and retreated.

The video went viral. Netizens laughed at the dog who came up with such a trick.