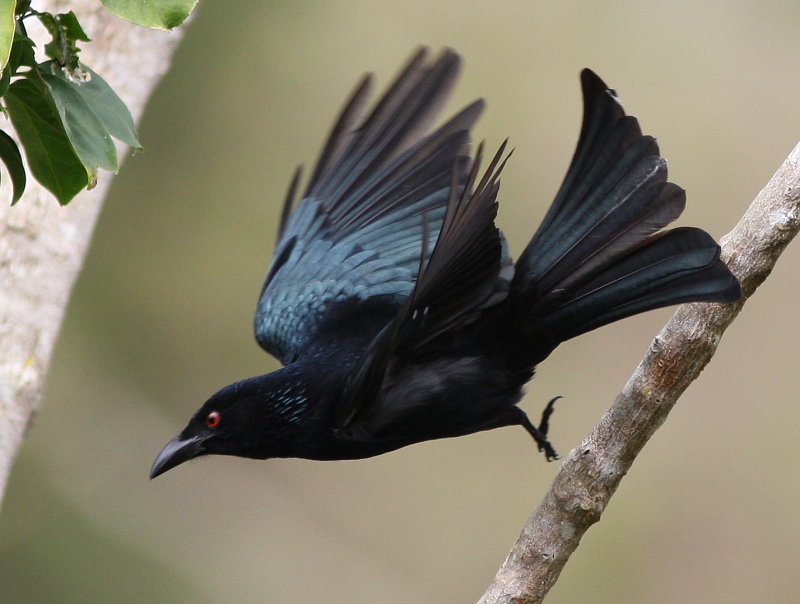 There are a lot of unusual birds in the world. Among them, I would like to highlight the fork-tailed drongo bird. He is not only very brave, he is also an excellent guard.

The African bird drongo is able to imitate the alarm calls of other birds and mammals in order to steal their food. The bird screams, the mammal runs away, and the drongo happily eats its food. 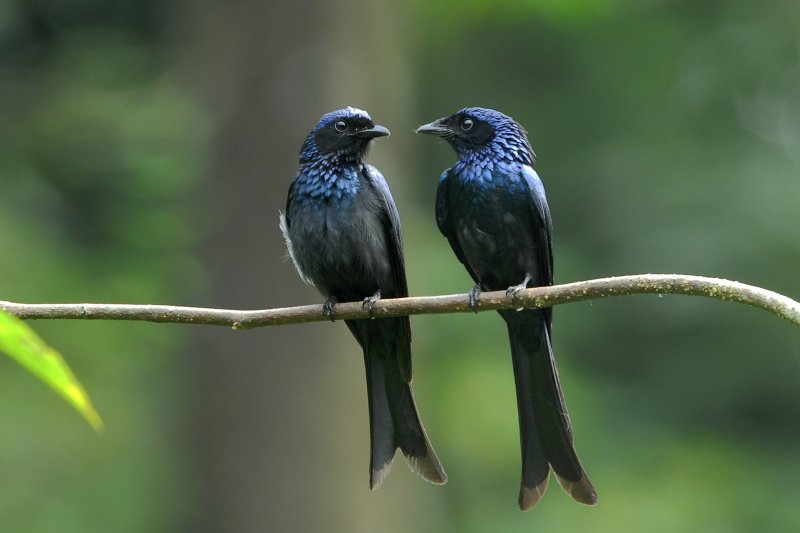 Scientists have noticed that these birds do not just deceive other animals. They alternate different calls so that the victims do not get used to the deception.

How do they do it?

The basis of the drongo’s diet are insects. More often these birds hunt themselves, but sometimes they resort to deception. If they see a suricate or other bird hunting, they make an alarm sound (befitting this species). The unlucky hunter, as a rule, believes the deceiver and takes off running. At this point, the drongo is feasting on prey. 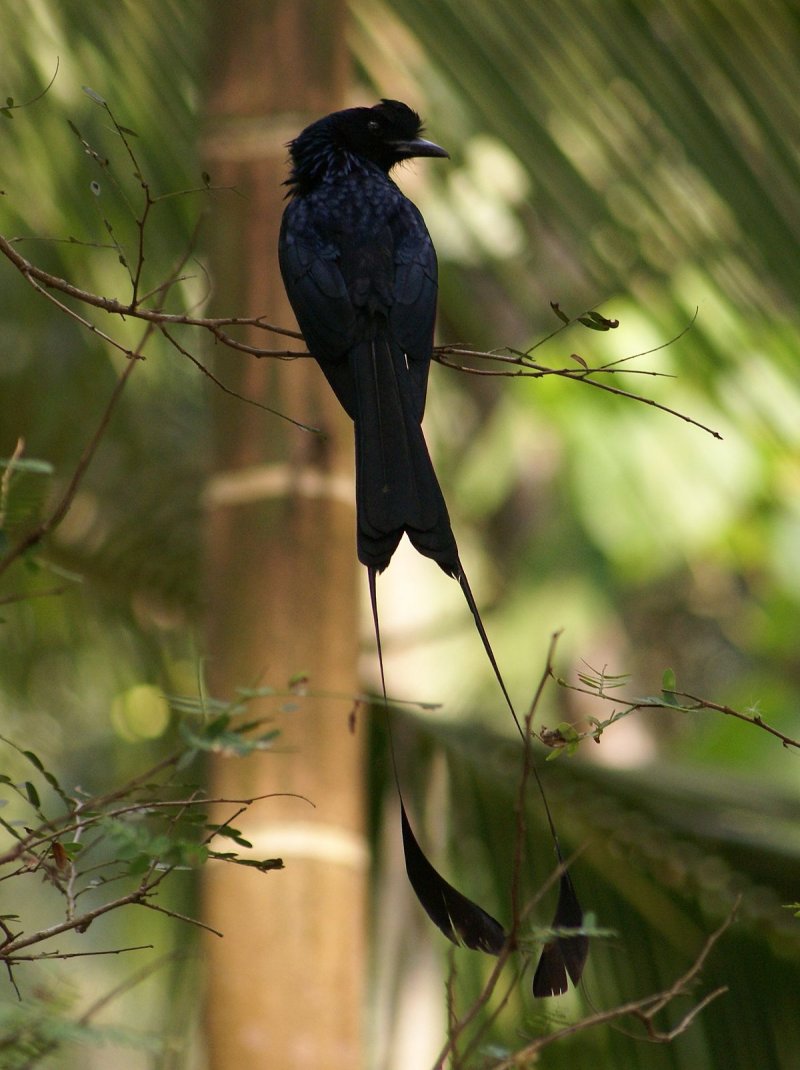 Another feature of these birds is their incredible courage. Without hesitation, they can rush to protect their nest even at a large predator. For example, in this video, the drongo sits on the head of an eagle to provoke it. Apparently, there is a nest somewhere nearby and the drongo wants to drive the predator away.