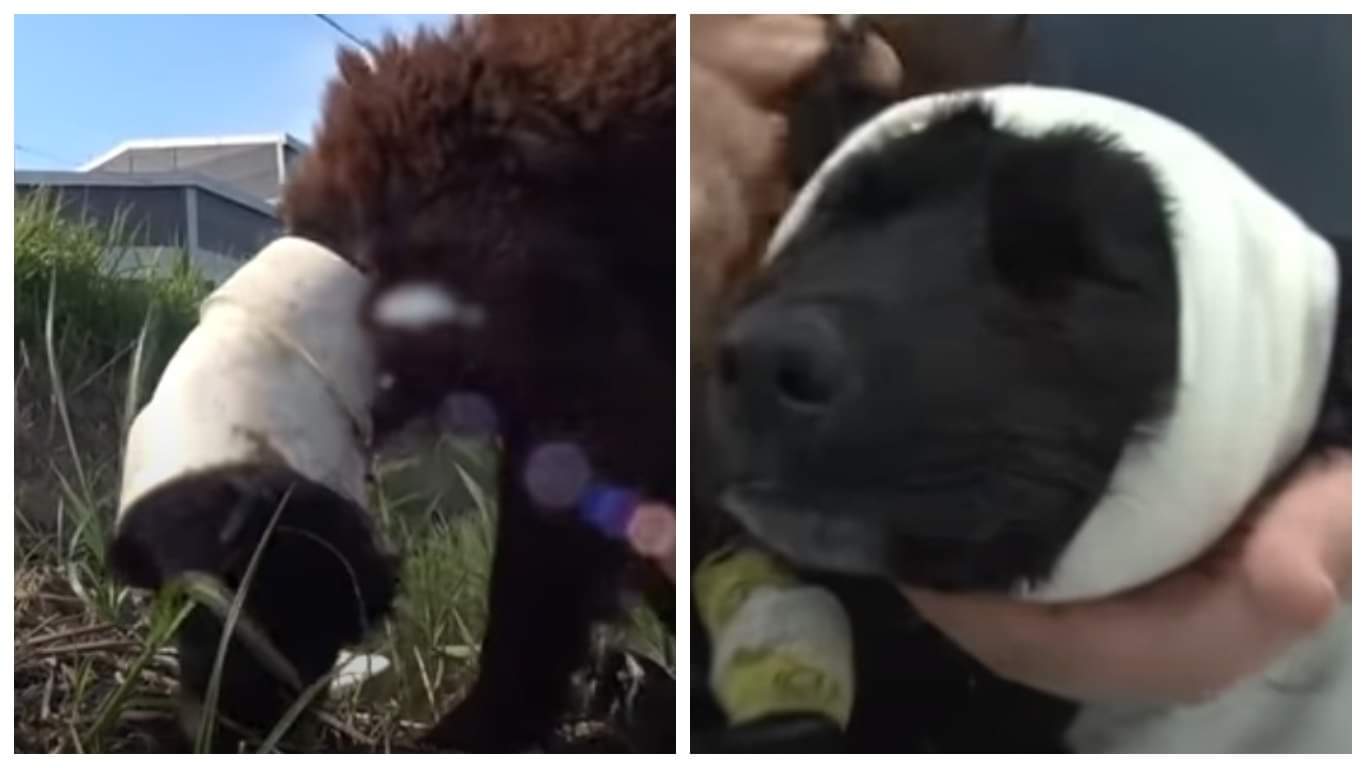 For three months, the villagers tried to catch a black dog, whose neck and head were firmly stuck in a piece of pipe. Volunteers came to help, but when they saw people, the dog ran away. 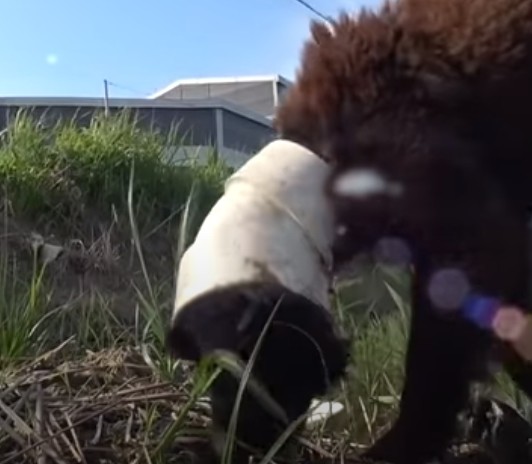 They poured food for her and departed. The dog was hungry, so he immediately went to the food and began to eat. A camera placed next to the bowl showed that the poor thing was wearing a bent piece of PVC sewer pipe. So her neck was also arched. It is not known whether the animal itself got into such a situation or someone mocked him in this way. In addition to the fact that the poor thing was stuck in the pipe, she periodically got it from other dogs, from which she could not defend herself in this form. 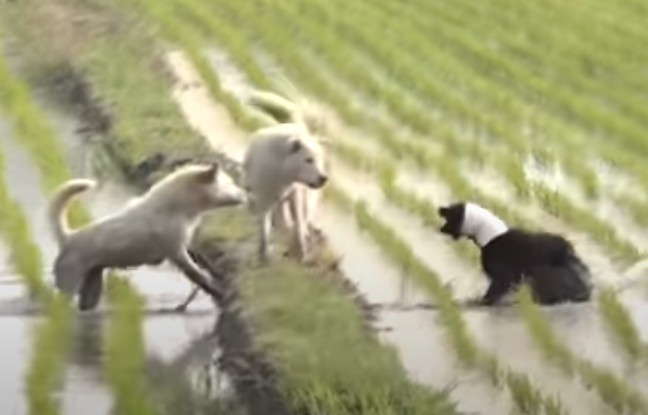 Her condition worsened: the pipe rubbed a wound on her neck and prevented her from breathing fully. The dog was exhausted and starving. One day, a whole team of volunteers gathered to capture her. After a lot of running after her, the volunteers still managed to catch her with a net, after which the dog was sent to the clinic. The baby’s neck was swollen, so it was not possible to simply remove the tube. It was carefully cut open. The poor dog had large wounds filled with pus and infections. All this was processed and bandaged. 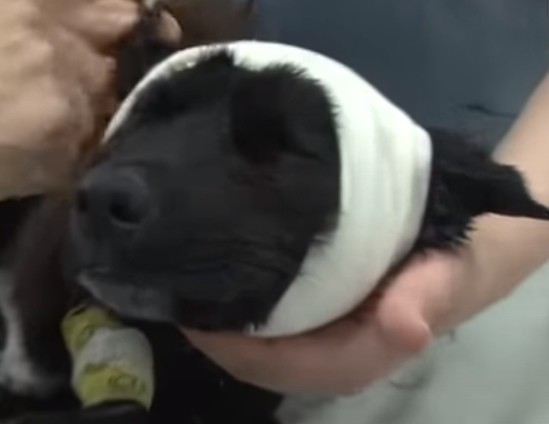 But another trouble was discovered – a fracture of the femoral neck, which the dog could have received as a result of a blow with a blunt object. This indicated that the pipe around the neck appeared on the poor thing, most likely because of the person. That is why she was so afraid of volunteers. Imagine how much pain she had to endure. The main thing is that now this baby is in good hands, who will take care of her, cure her and restore her faith in people.