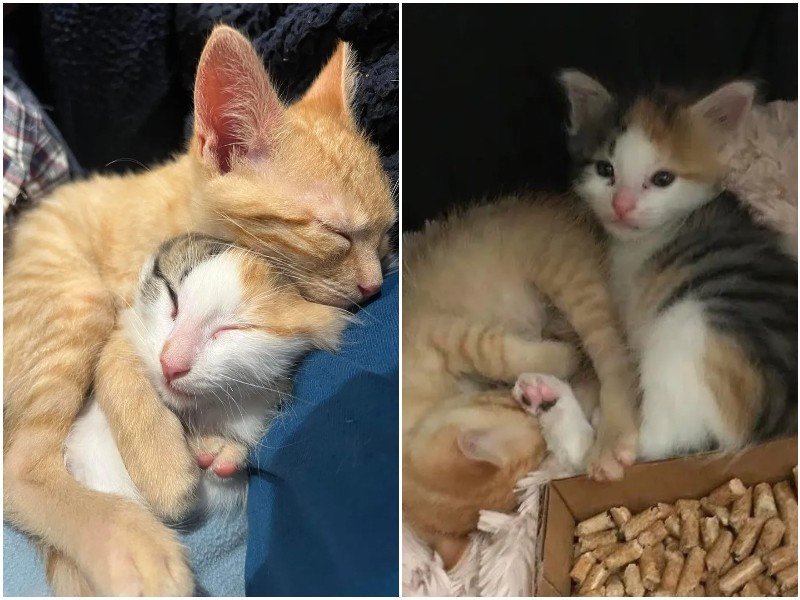 A small ginger kitten with a deformity was picked up on the street. Despite his peculiarities, the baby was very active and sociable – he really needed someone to support him, and fortunately, he found it!

A small red kitten was found on the streets of the American town of Oakland. He had a severe head tilt due to a congenital deformity, and he needed care – but despite this, the kitten was very grateful to people for noticing him. 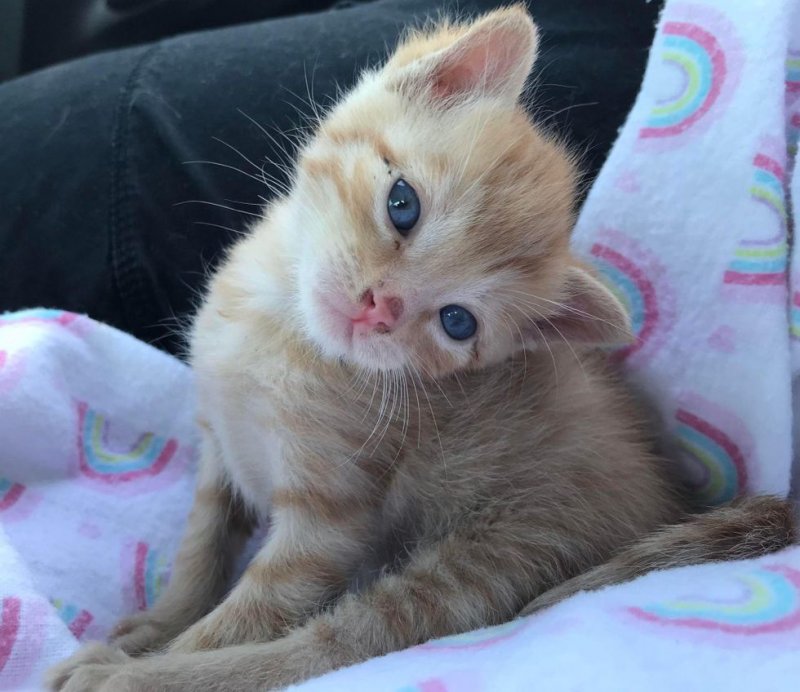 People took the baby to the shelter, where they began to take care of him. The kitten was named Cinnamon. Although the kitten was weak, he was sociable – the employees understood that he really lacked the company. At the same time, another kitten with a similar story was brought to the shelter. 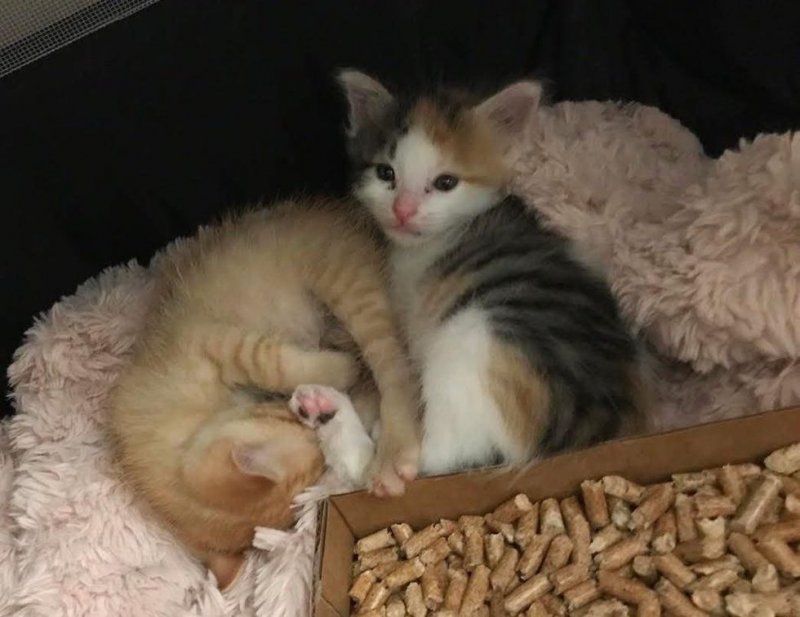 The tricolor cat, named Cardamom, was also picked up from the street and brought to the shelter. They decided to introduce the kittens and settle them together for overexposure – and it turned out to be the best idea. These two from the first minutes of the meeting became friends and began to play. 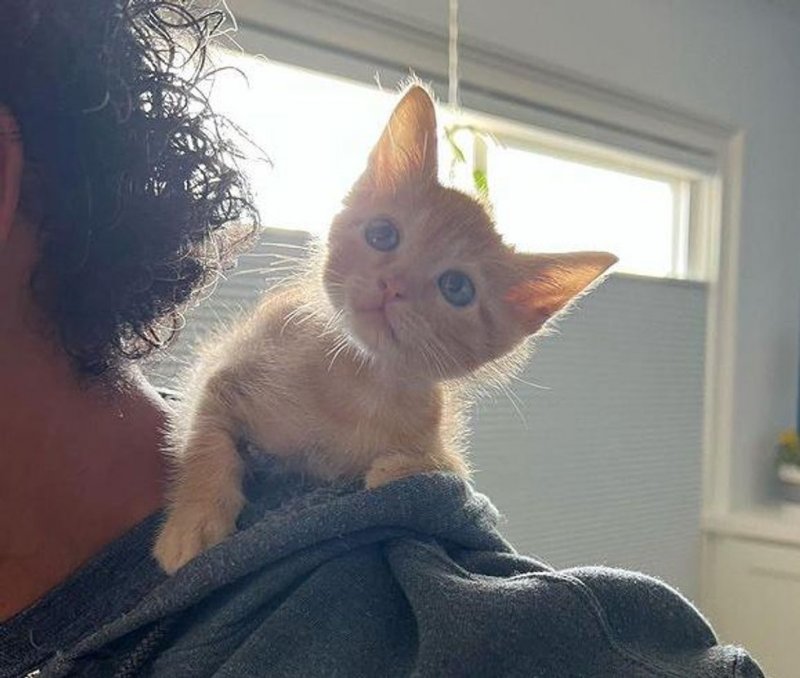 Next to the new girlfriend, the red baby Cinnamon blossomed – he became much more active, and even the tilt of his head straightened out a little. She and Cardamom did everything together, and became like brother and sister, although they were from different mothers. 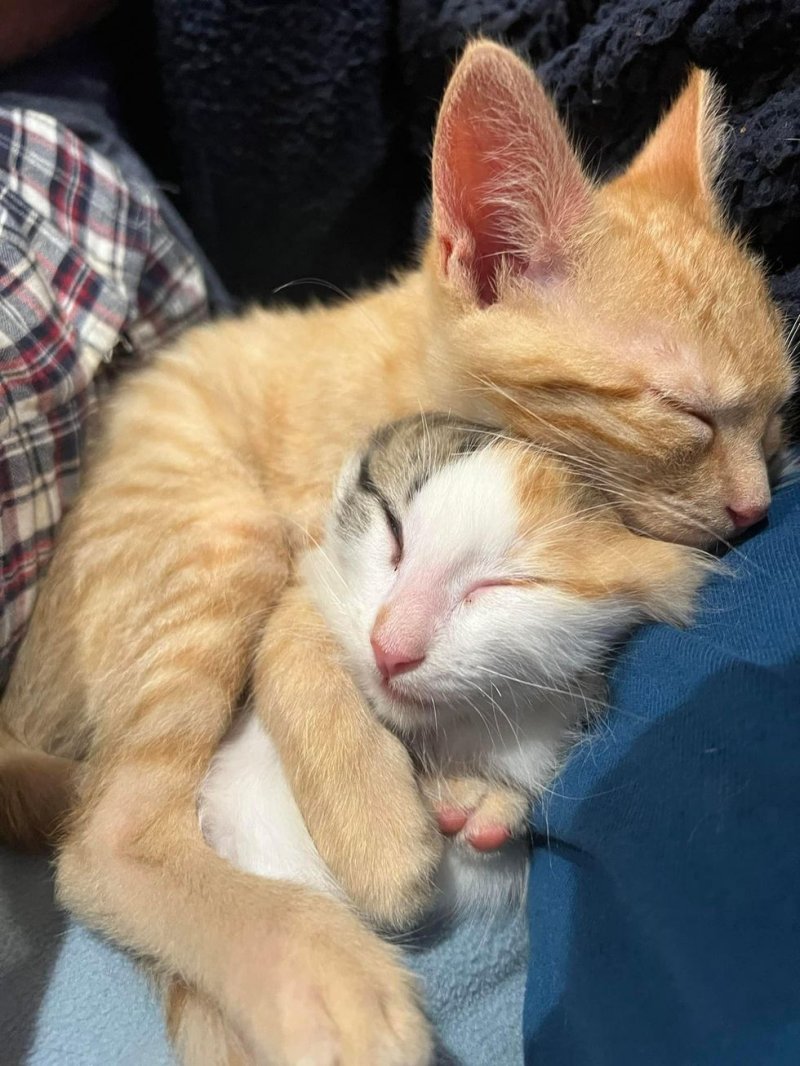 The kittens turned out to be very affectionate and grateful to people – they love to ask for affection, lie on their knees for a long time and purr, and “ride” on their shoulders. In addition, they managed to make friends with the dog of their guardians. 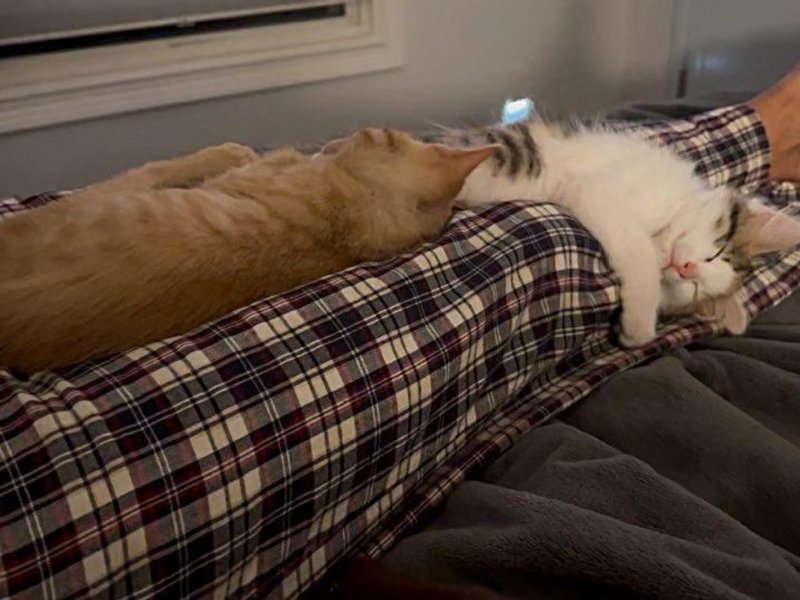 Now they are looking for permanent owners for kittens. They are cheerful, sweet and very friendly, so they are going to give them only together, in one family. 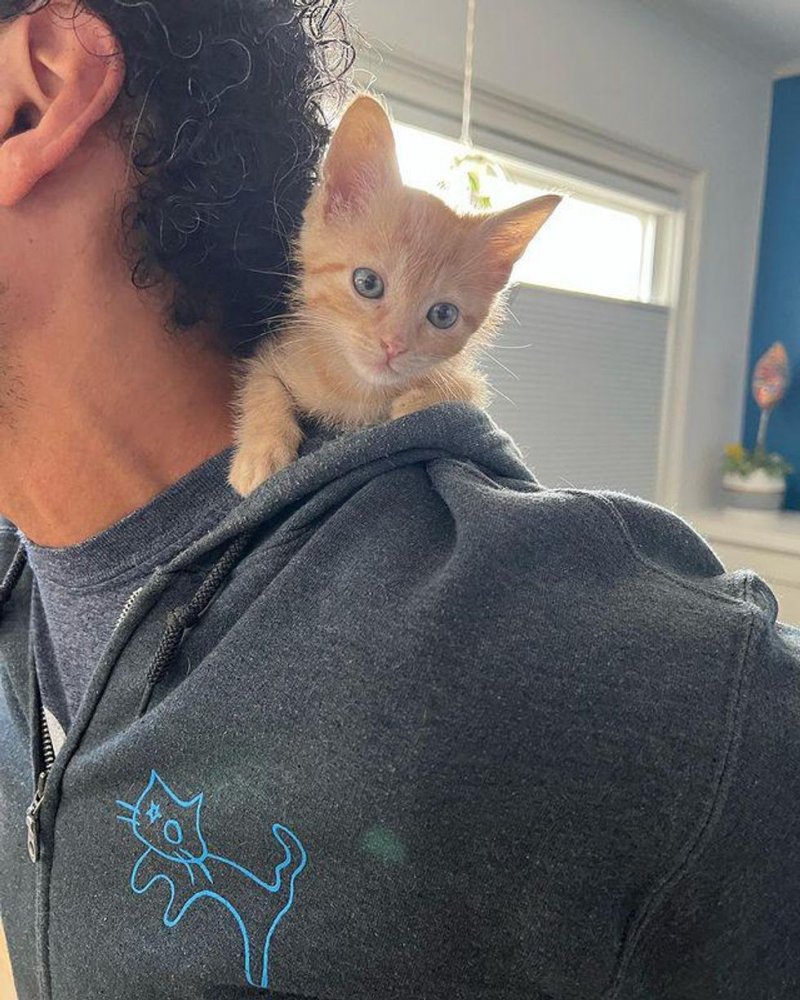 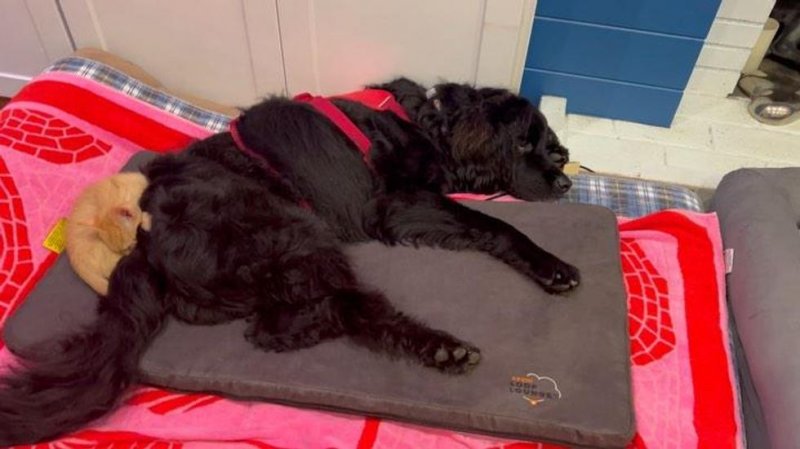 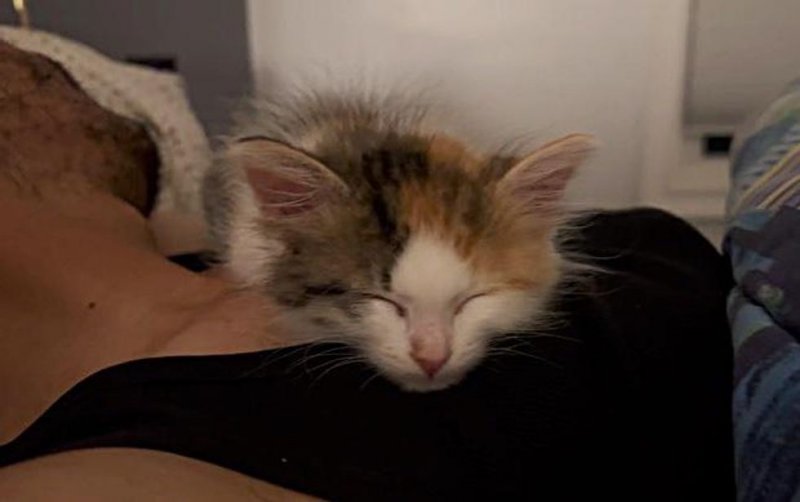 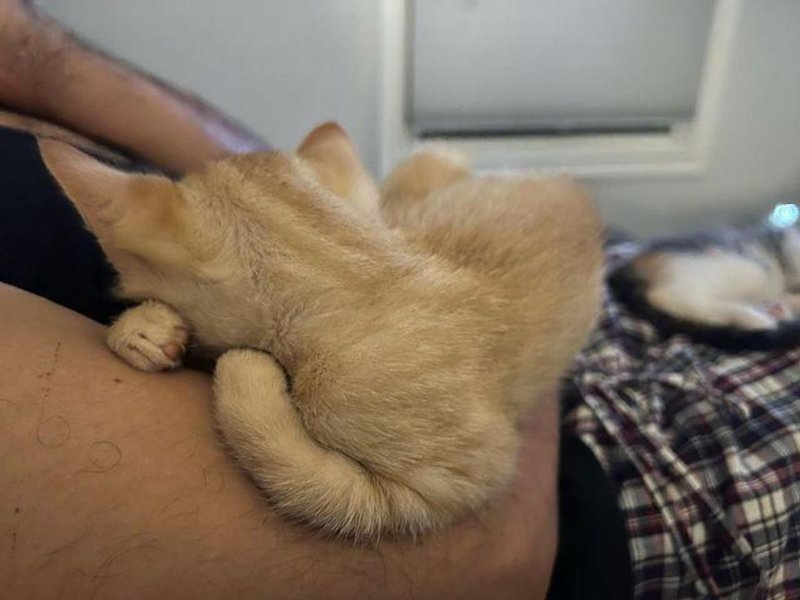 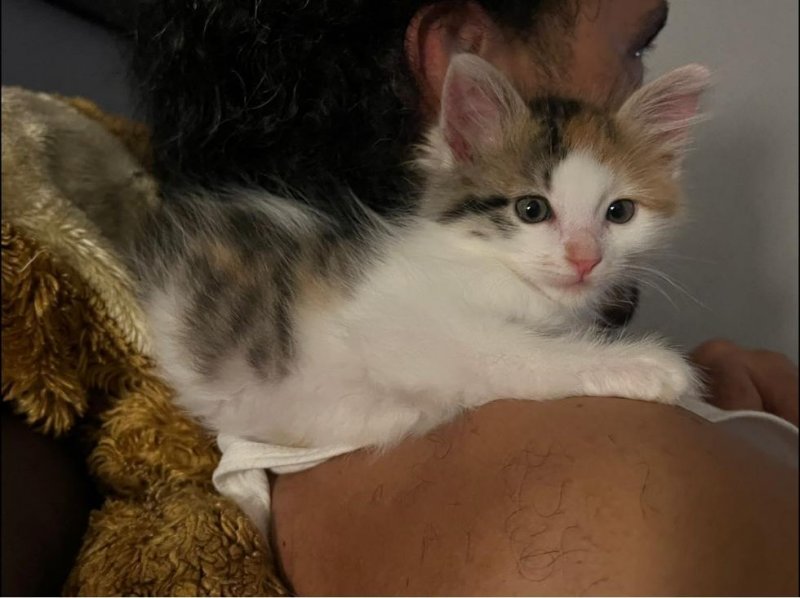 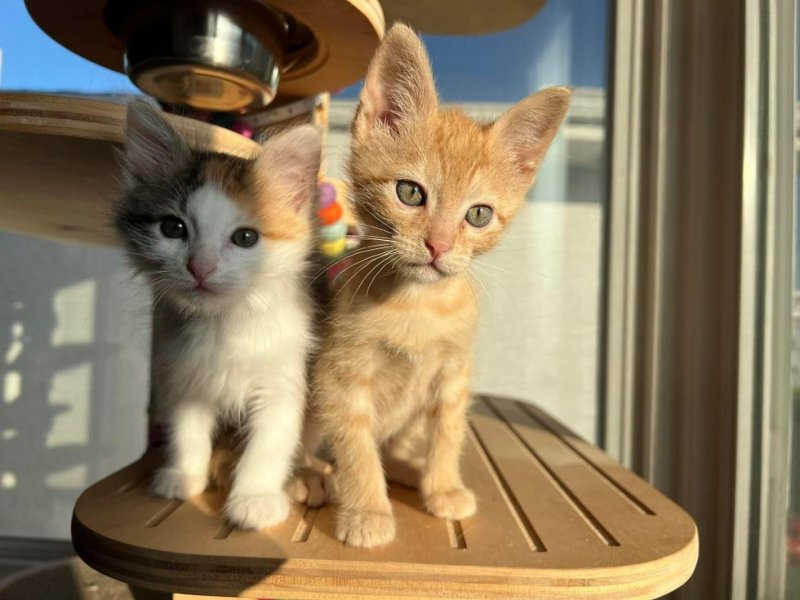