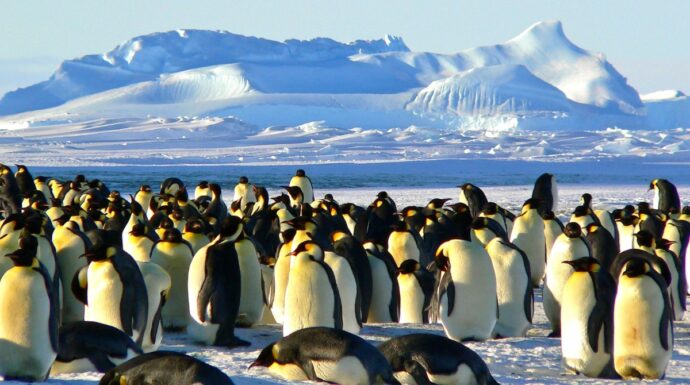 Where did penguins live in ancient times, and what did they look like? Prehistoric waterfowl lived in the same places as modern ones: in Antarctica, New Zealand, Australia, Argentina, Chile, Peru, and South Africa. The ancestors of penguins were slightly different from their living relatives. They were slimmer and had long, narrow beaks. Their forelimbs – semi-rigid fins – resembled modern ones in shape, but were much longer in relation to the body. Almost immediately, ancient waterfowl acquired a straight posture, short legs and feet, and long flippers.

When did the first penguins appear, and what were they like?

The oldest fossils were found in the Canterbury region of New Zealand. They belong to the first penguins that lived 62-58 million years ago, shortly after the mass extinction of dinosaurs, flying pangolins, and sea predators. The sizes of these birds corresponded to modern yellow-eyed and emperor penguins – from 80 to 110 cm.

Subsequently, archaeologists have discovered the remains of larger individuals, which show that these ancient waterfowl reached enormous sizes at the dawn of their evolution. Fossils about 61 million years old, also found in New Zealand, belong to a 1.5 m tall specimen. Presumably, these individuals, unlike their primitive short relatives, already moved in an upright position and had a characteristic waddling gait. Scientists have also determined that this species is closely related to later giant prehistoric waterfowl. 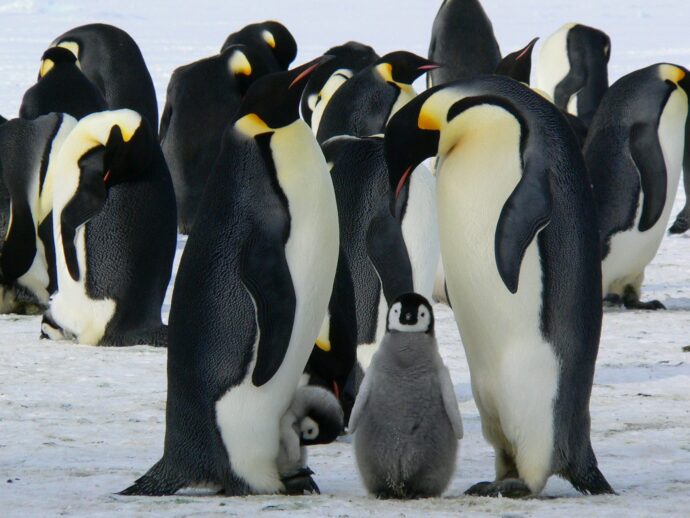 Why do penguins get so big?

Gigantism, according to archaeologists, was associated with the ability to occupy a vacant niche after the extinction of dinosaurs. There were almost no sea lizards left in the oceans, so the penguins had no competitors or predators that threatened them. As a result, they quickly evolved from a geological point of view, became flightless divers, and “grew up”. Comfortable environmental conditions also contributed to this: at that time, the water temperature in the vicinity of Antarctica and New Zealand was about 25 degrees Celsius, which is 17 degrees higher than now.

Giant specimens lived between 60 and 20 million years ago, that is, for most of their evolutionary history. Three of the largest representatives stand out among them:

In the Otago region of southern New Zealand, archaeologists have discovered the remains of a giant penguin, which was given the name Kumimanu biceae, which means “monster bird” in the Maori language. These fossils are estimated to be between 60 and 55 million years old. According to the preserved bones of the trunk and hind limbs, scientists determined that during life the bird reached a height of 1.7 m and weighed 100 kg. She was about the same height as the average man, but heavier than him. The Kumimanu biceae evolved independently from other fossil penguin species and evolved shortly after the appearance of their very first ancient representatives.

Anthropornis nordenskjoeldi is a fossil bird that lived about 45–33 million years ago. Her height was 1.5–1.8 m, and her weight was from 90 to 135 kg. These giants lived in Antarctica and had long beaks, necks, and flippers.

On the island of Seymour (Seymour), located near the north of the Antarctic Peninsula, archaeologists have discovered fossils belonging to the largest penguin of all previously studied fossils – Palaeeudyptes klekowskii. Its age is estimated at 37–34 million years. The growth of the giant was a record 2 m and weight – of 115 kg. Scientists suggest that large penguins can dive deeper and stay underwater longer than their smaller relatives. Palaeeudyptes klekowskii could hold his breath for up to 40 minutes, which allowed more time for spearfishing. 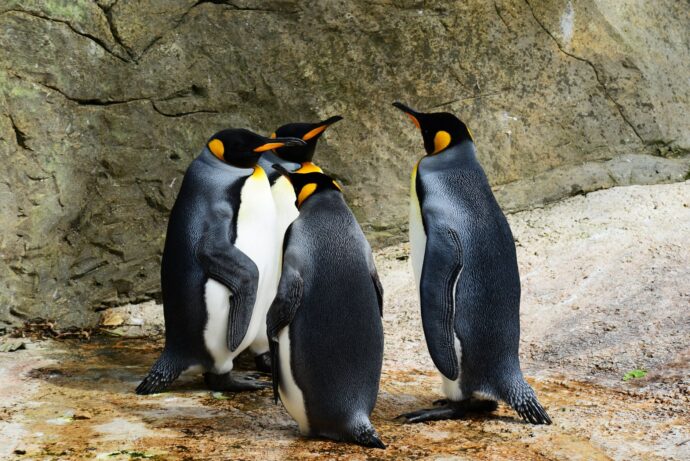 Giant penguins became extinct about 20 million years ago, which coincided with the appearance of marine mammals – toothed cetaceans and pinnipeds. New species of predators have exterminated the giant penguins or forced them out by depriving them of food.

People are used to seeing these flightless seabirds as harmless and clumsy, so it’s hard to imagine that frightening giant penguins taller than a man once lived on Earth.