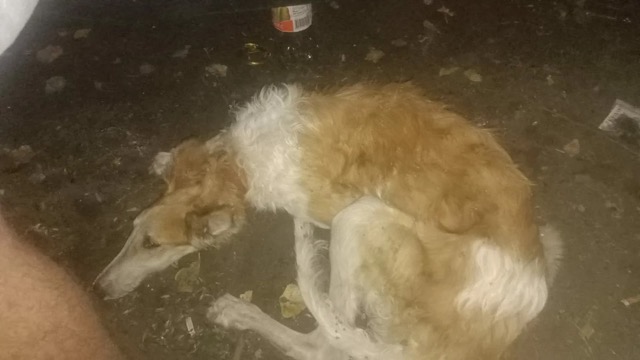 The dog is only about six months old, but it has already been driven to exhaustion and left on the street to its fate. Such a little girl herself cannot survive on the street. The dog is graceful and beautiful, but so exhausted that she herself could not move.

We went to pick up the girl from the street in the middle of the night and immediately went to the vet with her.

There were a lot of thorns on the wool, not everything could be pulled out, so the girl had to be shaved in some places. The test results are not yet ready. But doctors suspect piroplasmosis. 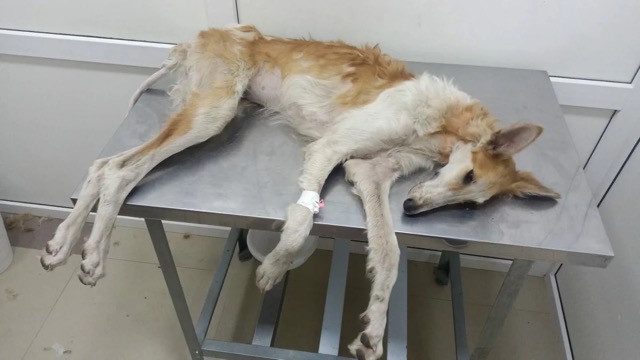 It doesn’t fit in my head how a dog was brought to such a state. How could a beautiful, sophisticated greyhound end up on the street? I really hope. That the treatment will help, and the dog will survive. I do not know how to pass by and turn a blind eye to such situations. I can’t do that, can you?