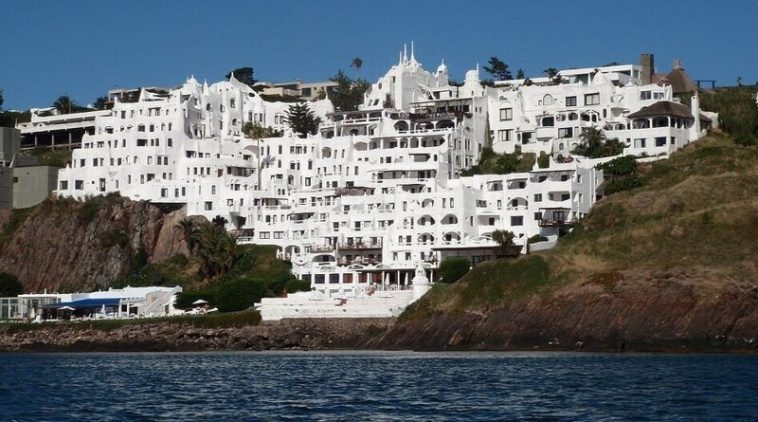 Carlos Paez Vilaro, an Uruguayan artist, hand-built the Casapueblo, a half-castle, half-sculpture on an isolated peninsula above the sea, over the course of 36 years. This building, which now houses a magnificent hotel, is one of Uruguay’s most popular tourist attractions. 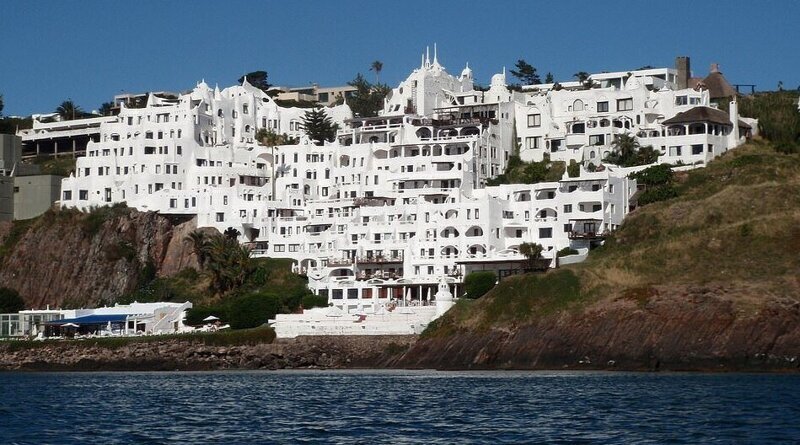 This hotel, located on the cliffs, maybe the most bizarre hotel in the world! It is similar to Gaud’s structures or the white dwellings of the Greek island of Santorini, however, unlike the buildings listed above, it lacks any straight lines. 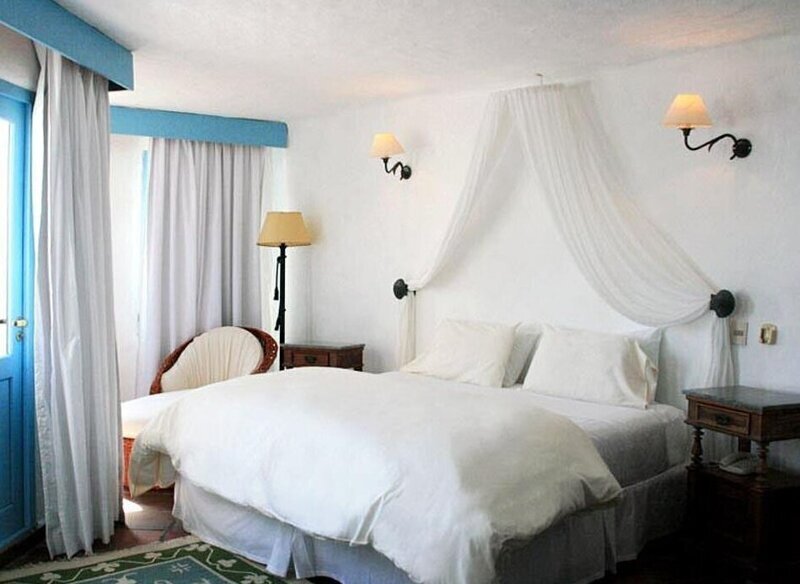 The “Casapuebla” hotel is near the beautiful Uruguayan resort of Punta del Este, where celebrities enjoy unwinding. Carlos Paez Vilaro, a recently departed Uruguayan artist, created and handcrafted it. Only Paez Vilaro and local fishermen who resided in these once-deserted areas took part in the almost four-decade-long development. 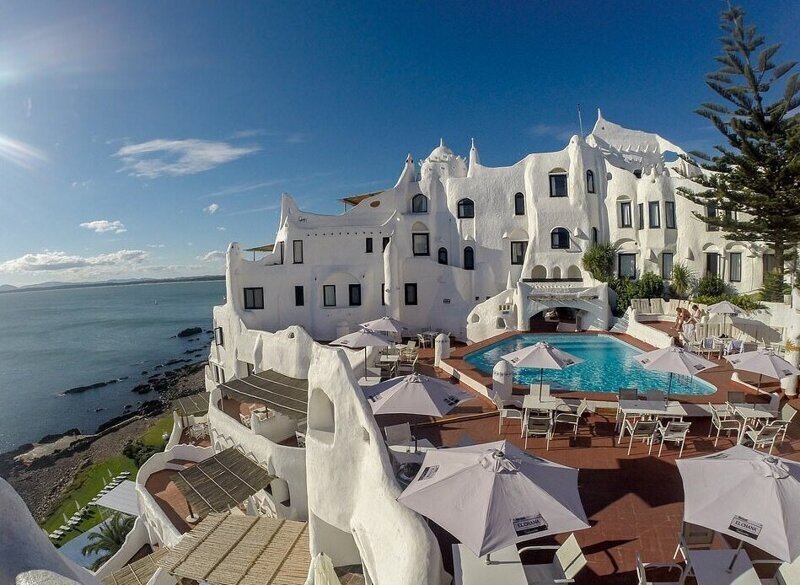 The hotel complex is made up of 13 terraces that are stacked one on top of the other. Its lowest floor has direct access to the seashore. The rooms are differentiated not by numbers, as is customary, but by symbols designed by Vilaro himself. According to him, he picked this location to develop a hotel because it offers spectacular sunsets. Aside from accommodations, the hotel has a bar, a spa, and an art gallery. 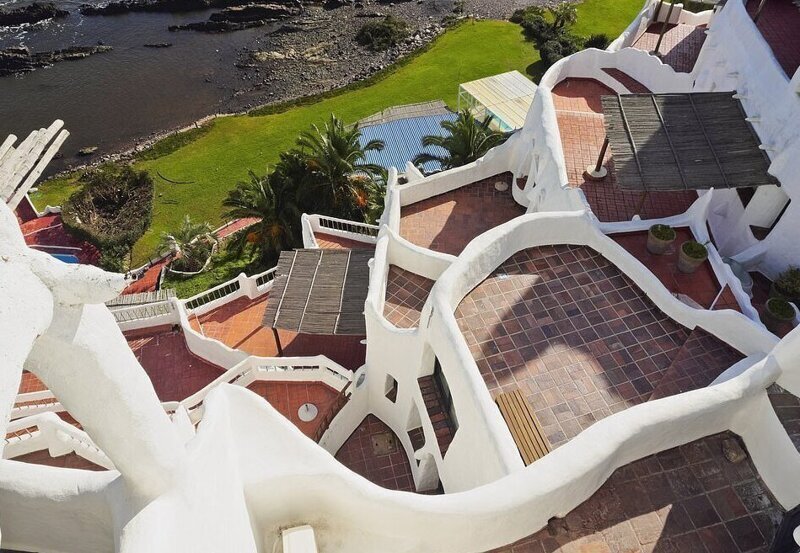 Vilaro, the founder of the Casapueblo Hotel, was an avid traveler. He had several notable acquaintances, including Pablo Picasso and Brigitte Bardot. He purchased the site for the hotel in 1958, and friends and investors assisted him in raising finances. 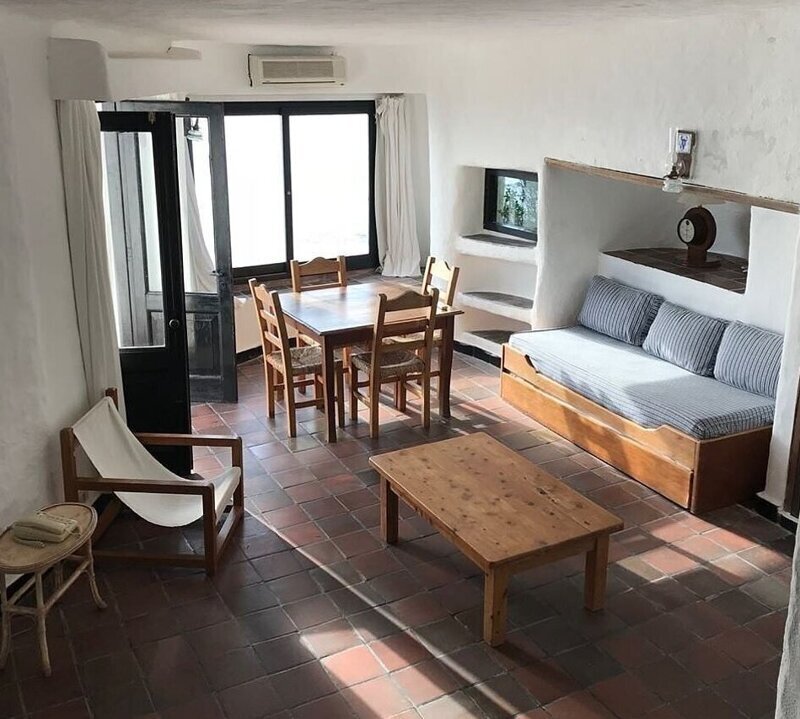 First, a building materials warehouse appeared on the future hotel’s property, followed by an art studio. Only after that did Vilaro begin work on the structure, the shapes of which, according to the artist, were inspired by “Mediterranean architecture, candy ovens, and the contours of the feminine figure.”

He used cement to line the building’s walls, which he then hand-shaped into the oddest forms. In addition, Vilaro constructed several recesses and beautiful windows on the walls, where he displayed a variety of art pieces, mostly mementos from various journeys. He converted the structure into a storehouse for his recollections. 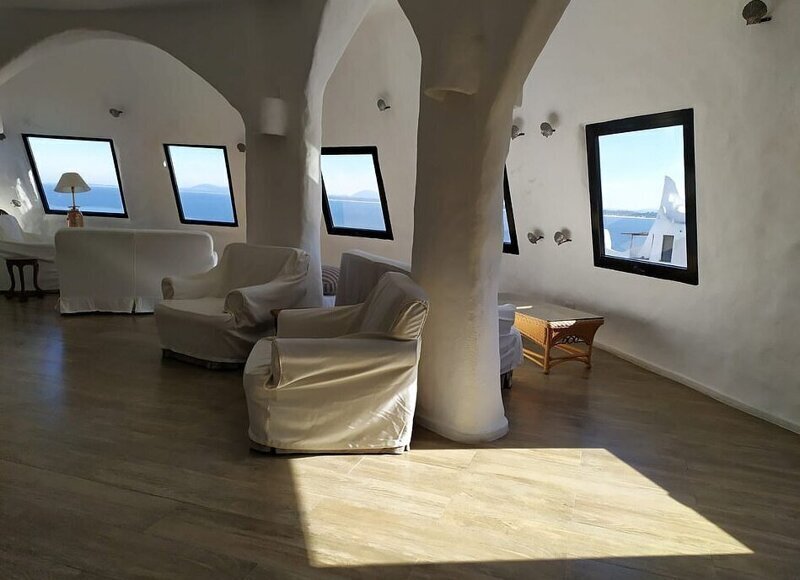 The building’s snow-white whiteness shines out against the sky and sea, and the intertwining of towers, corridors, tunnels, and underground passageways transforms it into a fantastic labyrinth. The structure not only holds multiple bars but also kitchens that are open to visitors. Furthermore, outside the structure, where it is favorable for birds to nest, niches are built so that tourists may observe the life of bird families up close. 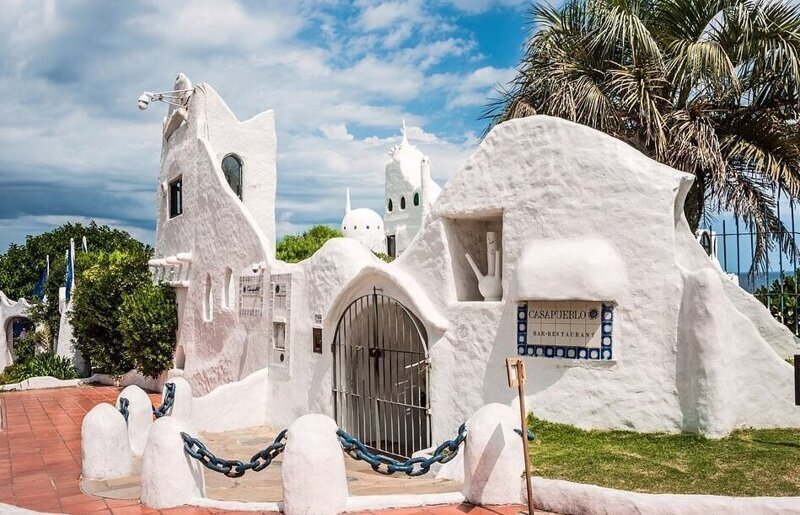 According to Paez Vilaro, this structure “is charged with the vitality of individuals who lived here, and for whom the design of the building provided many amazing experiences.” The artist himself spent the remainder of his days here until passing away in 2014 at the age of 90. Vilaro’s family chose to open a magnificent mansion in his remembrance to the public when he passed away. Vilaro’s second wife manages the museum hotel. 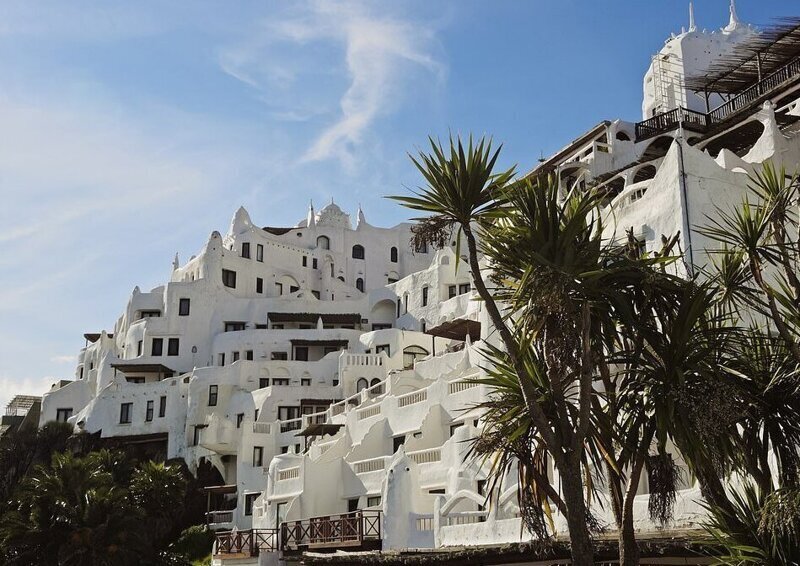 The hotel provides visitors with a choice of 72 flats of varying sizes located on various levels. Anyone, not just hotel guests, can visit the Vilaro Museum, which is housed in the complex’s structure. The museum is accessible from 10 a.m. till sunset when the “solar ritual” takes place – an artistic performance accompanied by Vilaro’s voice: the ceremonial hosts play a tape on which the artist reads his poetry about the Sun. 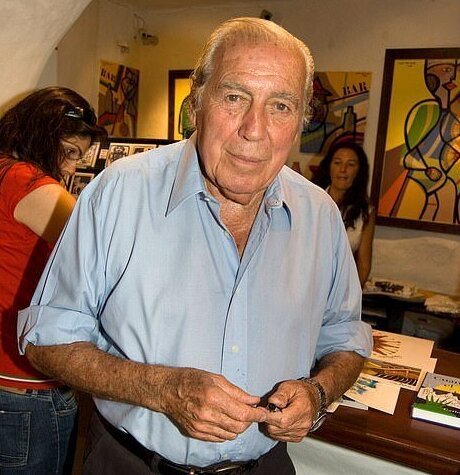 Carlos Paez Vilaro spent several years with his second wife Annette. Carlito Paez, the eldest of their six children, made international news in 1972 when he was one of 16 survivors of an airplane crash in the Andes who lived for 72 days in the mountains before being rescued.