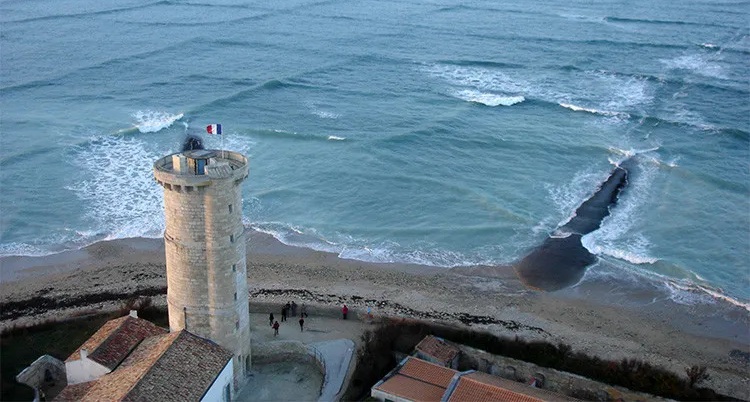 Damn covid and quarantine completely broke the entire global tourism industry and ruined people’s vacation, but did not cancel it. It’s just that now vacationers will not go where they like and everything is known, but where it will turn out. And it may turn out that this place will be the French island of Ryo or the beaches of Tel Aviv, where “cross waves” are most often observed, they are also “mare a Croce”. A mysterious grid of squares formed by strong waves. You can meet such a phenomenon as a rip current in any sea shallow water, and the main danger is that they do not give themselves away until it’s too late. Therefore, the most important rule is to get out of the water at the first sign! Even if you are on a mattress, in a boat, or on a boat, especially if you are on a small watercraft because the waves on the walls of the squares exceed 3 m in height and easily turn everything upside down. No skill in navigation will help here, because if you turn your nose along the wave, then the second wave will hit on the side and so turn the boat over. These waves are very strong, as they are formed precisely by a strong current and wind, or rather, suddenly intensified. If they are unable to extinguish each other, then this is already a bad sign. True, this phenomenon does not last long. To sum up: cross waves threaten those resting in shallow water and you should not compete with them, but climb away from the water’s edge and from there already observe a rare natural phenomenon.