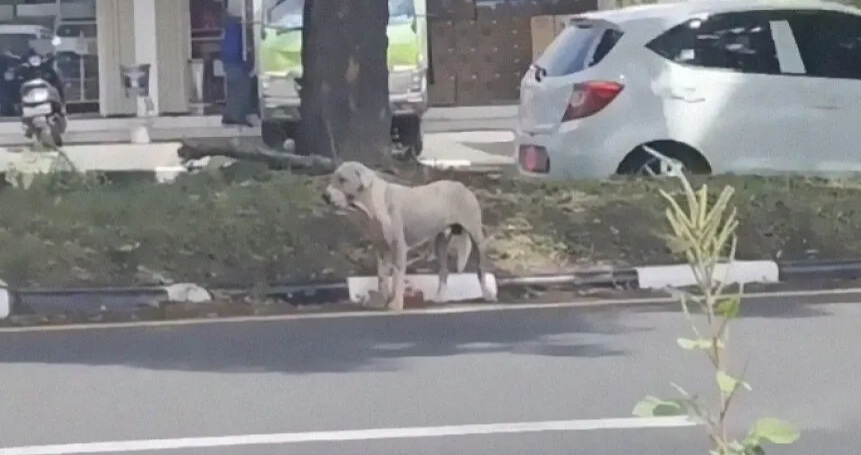 Bali is well-known not only for its beautiful scenery and wonderful recreation but also for its large population of stray dogs.

One of these was encountered by Aaron, who decided to assist the animal.

Aaron was driving down the road one day when he noticed a stray dog near a tire dealer on the side of the road. To appear frail, scared, ill, dehydrated, and hungry. Furthermore, the dog was in danger because cars were constantly passing by, which could knock him down. 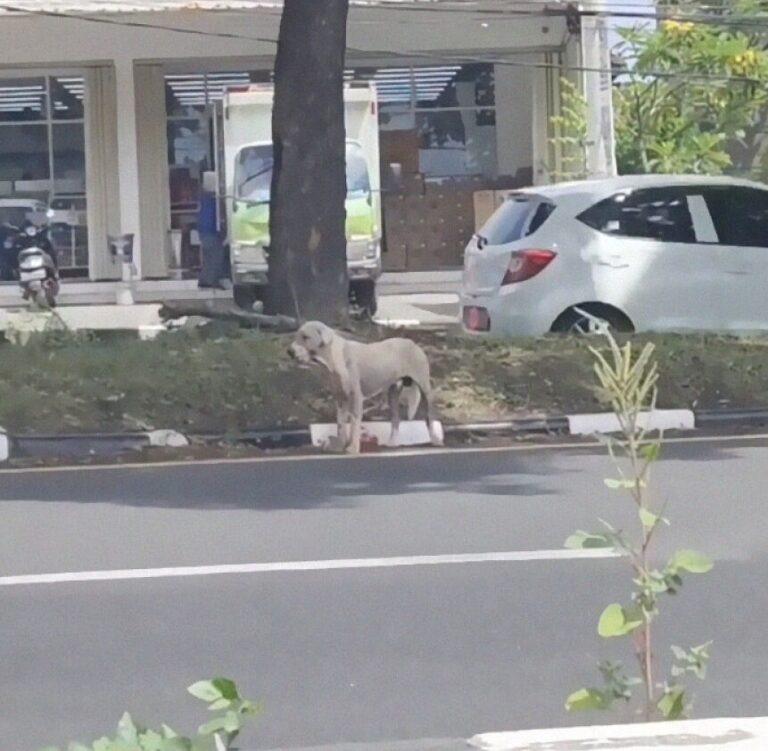 Aaron initially perceived the dog to be injured. The man also noticed that the dog was nearly bald. However, upon closer inspection, it was discovered that the skin was literally dotted with ulcers that were about to open. This is not a show for the faint of heart. 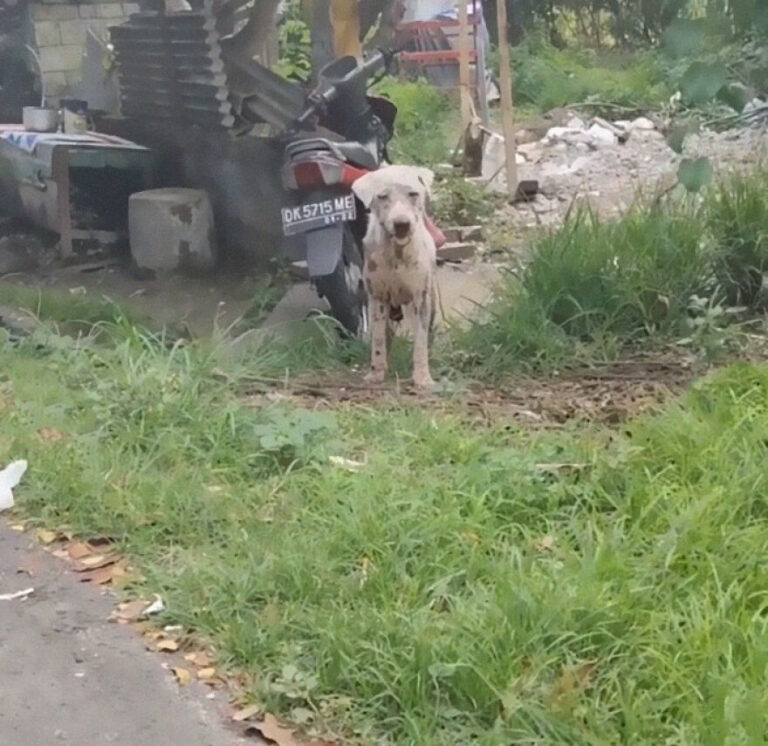 Aaron sought assistance from the tire shop employees, who successfully drove the dog away from the dangerous area and into a more secure area. The dog did not allow people near him, indicating that he did not trust them. The apathetic man attempted to approach in vain and was even enticed with food. A stray dog eventually succumbed to hunger and ate the food offered to him. 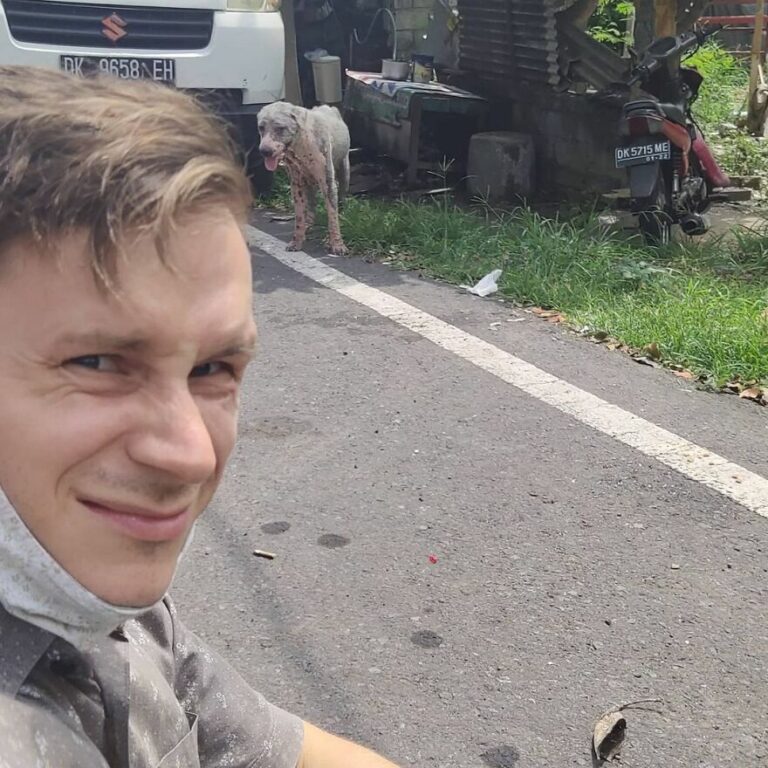 Aaron was irritated because many people must have passed by the dog and none of them seemed to notice what was going on or wanted to help. But the man realized he couldn’t risk putting the animal in danger. But Aaron was unable to catch him on his own, so he sought assistance from a local shelter and asked his staff to deliver the dog to the clinic.

Finally, the dog was transported to a veterinary clinic, where he began receiving immediate medical attention. Cancer, in addition to dehydration and exhaustion, was discovered. Chemotherapy was started by veterinarians. 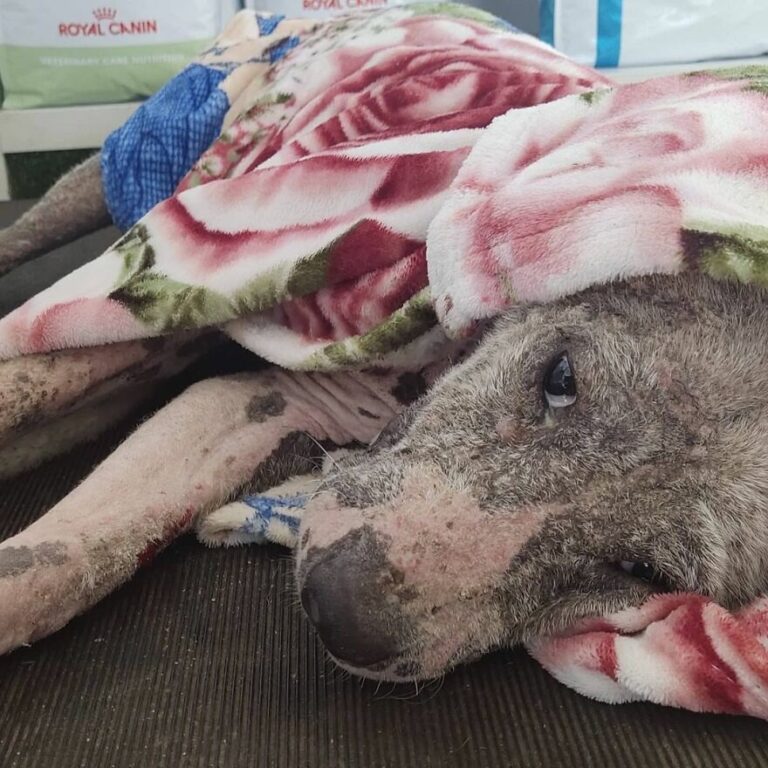 The dog’s name was Homer, and he would not let anyone near him. Aaron did not insist, and at first, he simply sat by the cage to teach the dog that there are people who will not cause pain or harm. 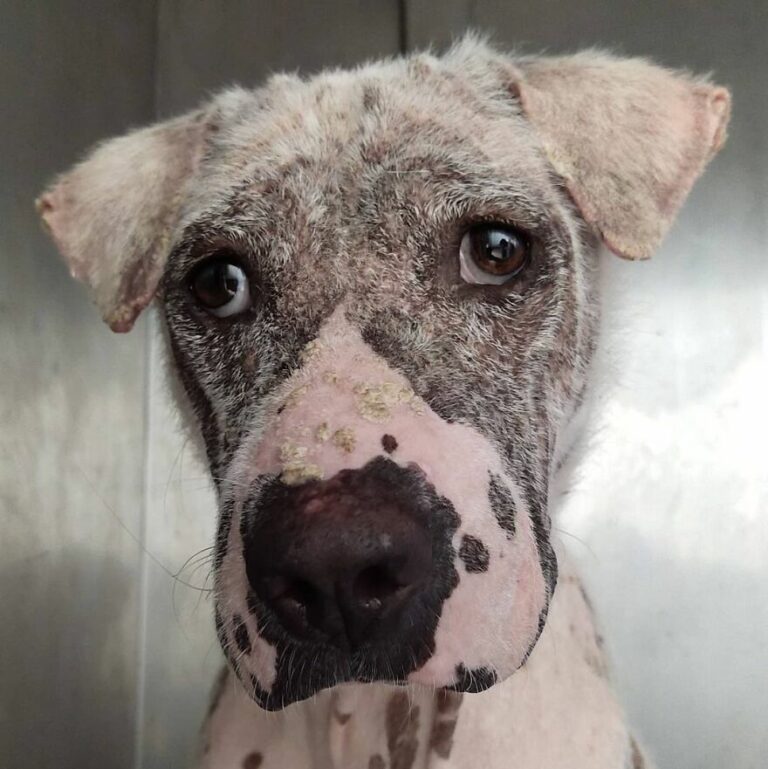 Homer gradually grew accustomed to a new friend; after a few days, he allowed himself to be stroked, and he even began to wag his tail and show joy. 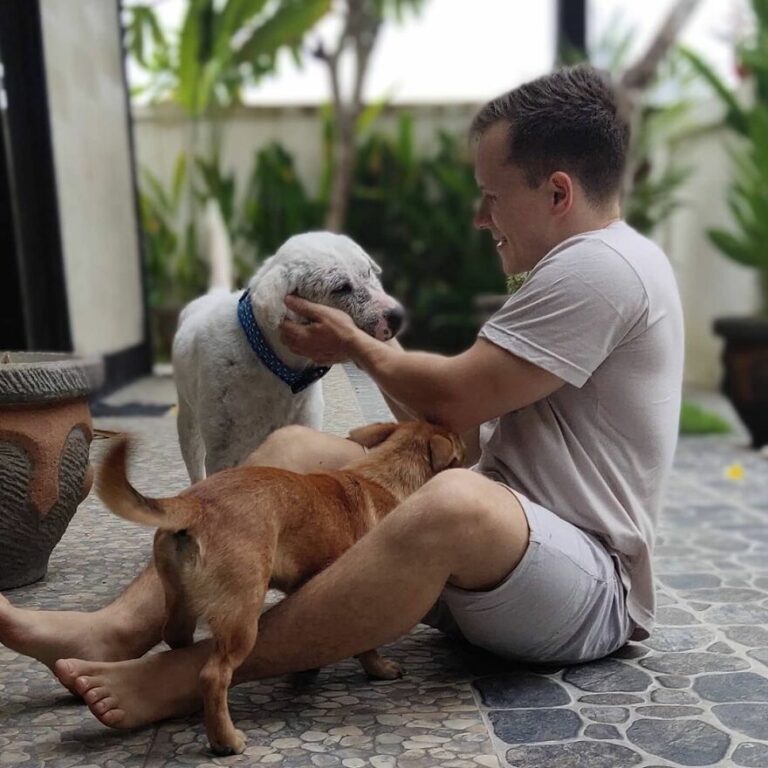 After a month, the fortunate Homer was unrecognizable. He gained weight and looked much better as a result. Three months later, the treatment was effective: the dog was cancer-free and began to grow fluffy light hair. 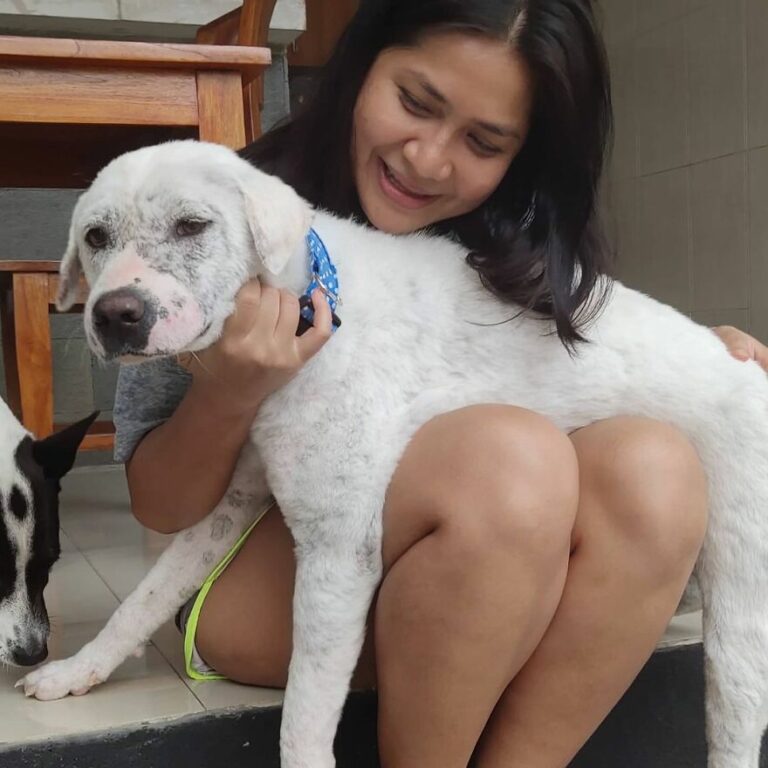 Aaron’s friend Nungki wanted to adopt a four-legged friend, so the dog got a new owner and a new home. Now Homer is happy and enjoys a new life and every day of it. 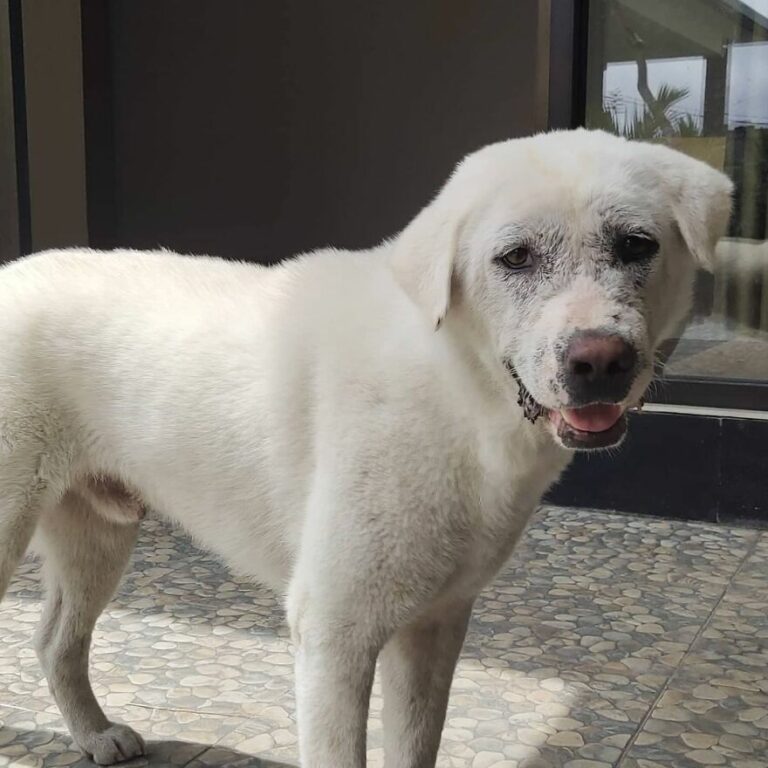