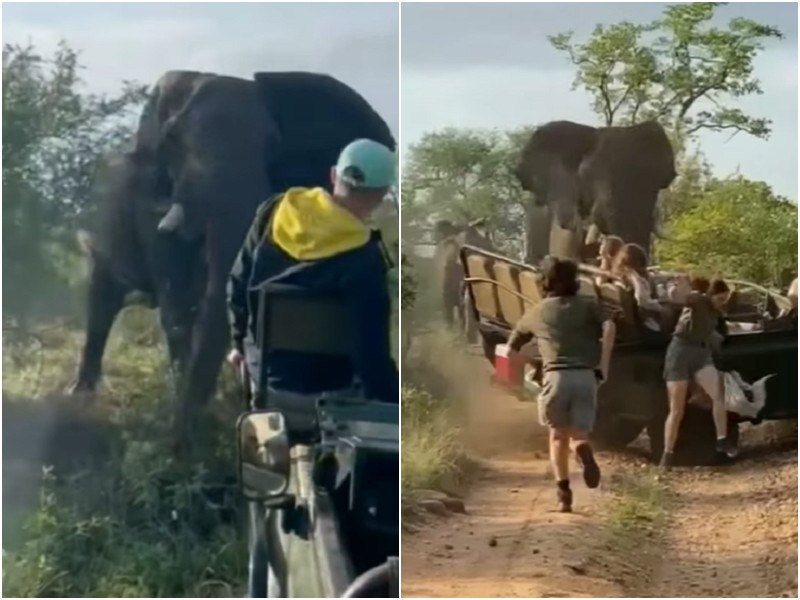 An elephant struck a car carrying student guides in South Africa’s Selati Nature Reserve. But as it turned out later, such aggressive behavior of an elephant is quite natural during the mating season. He had someone to protect.

A jeep with a group of student guides was driving down a dirt road in the Selati Game Reserve in South Africa when the team spotted elephants along the road. One of them began to stomp the ground and was clearly not friendly – after that, he suddenly attacked the car with tusks. 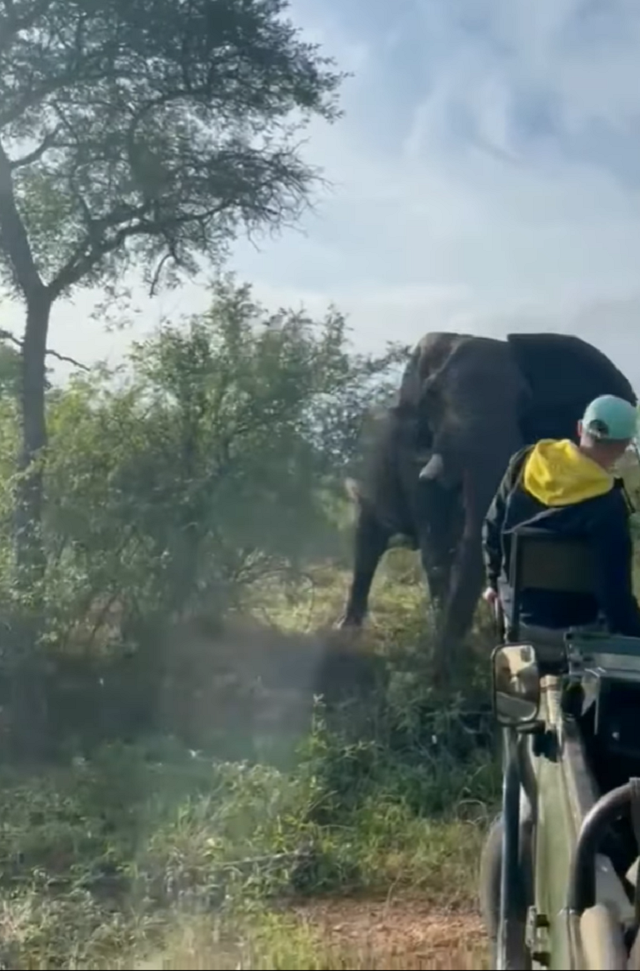 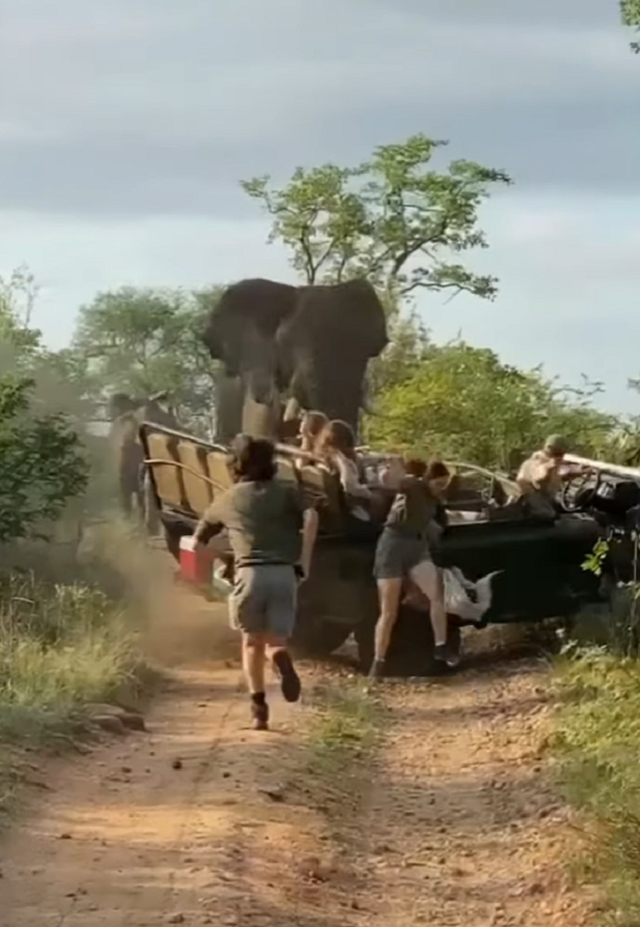 It turned out that this behavior of the elephant is dictated by nature. Such an aggressive state occurs during the mating season when elephants become extremely territorial. During this period, their testosterone levels increase up to 60 times. 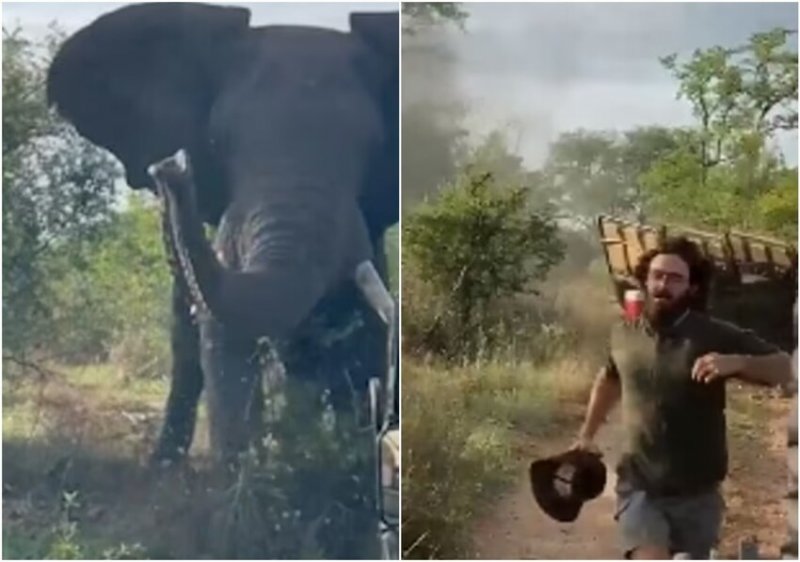 During the mating season, such aggressive behavior can be witnessed towards other elephants as well as anybody who gets in the elephant’s path. On this occasion, the elephant opted to protect the females when the jeeps drove too close to them. 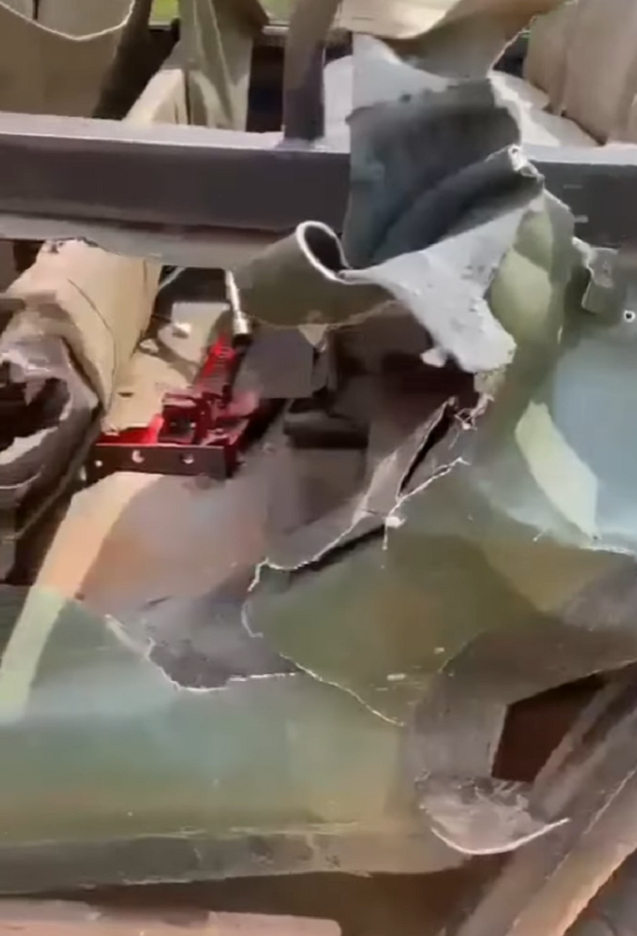