We decided to share an incredible story about how a small dog changed one person’s life. Dion Leonard, a Scotsman, and professional runner took part in a difficult marathon run across the vast Gobi Desert, which partly occupies Chinese and Mongolian territory. The path was difficult, with a total length of 250 kilometers that took the marathon runners six days to complete. 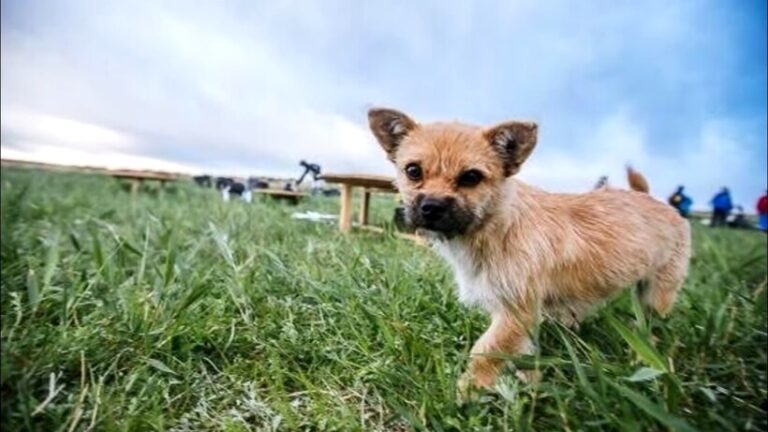 Dion noticed a small and unassuming stray dog with the color of desert sand on the line with him on the second day, right before the start. Leonard, like the other race participants and organizers, was taken aback when the animal ran alongside him.

Dion expected the dog to abandon the race quickly, but she made it through the entire day, covering 37 kilometers. That was amazing. Even more surprising was the dog’s decision to run the marathon and, moreover, literally accompany Leonard. True, she suffered from heat stroke as a result of the scorching desert sun, and the four-legged runner was assisted by a medical team on duty in the car following the marathon runners. 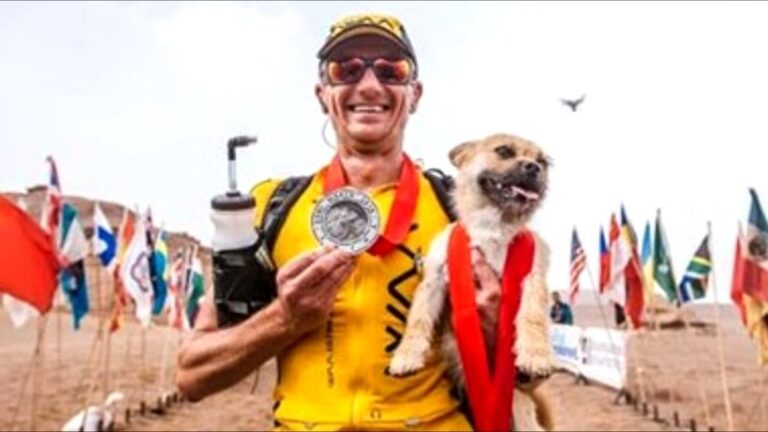 The dog was named Gobi in honor of the venue as the marathon’s talisman. The four-legged runner ran 100 kilometers in four days out of six. And Dion realized that the dog had chosen him, so he couldn’t help but bring his new friend along with him. However, complications arose: in order to transport the Gobi from China to Leonard’s homeland, official permission was required, which proved difficult to obtain. They also required funds. 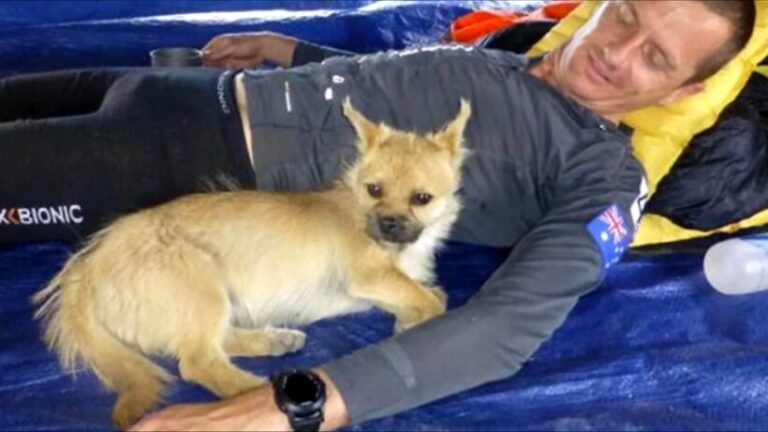 The plot took a surprising turn. Gobi vanished from view while Dion dealt with bureaucratic issues. Leonard, on the other hand, did not give up. He started a crowdfunding campaign and was able to raise up to 15,000 British pounds out of the required 5. He also posted a message on social media asking for help in finding a lost dog. Later, the marathon runner returned to the city where the Gobi was last seen, aided by volunteers, to place advertisements.

Gobi, fortunately, was discovered and eventually ended up in Scotland. Dion is relieved that he was able to overcome all obstacles and reunite with his four-legged marathon partner. And the dog has already made friends with another of his owner’s pets and is having a great time: he plays, occasionally sleeps with Leonard, and proudly walks the streets.

Inspired by Gobi’s endurance and devotion, Dion collaborated with writer Borlas Craig to write an entire book about his pet. We may even see a film based on these incredible, but very real, events.