When, once again, you want to complain about injustice and “blows” of fate, look around. Believe me, there are those who are thousand times more difficult. And in comparison with them, rivers of milk flow in your life, and jelly banks rise. 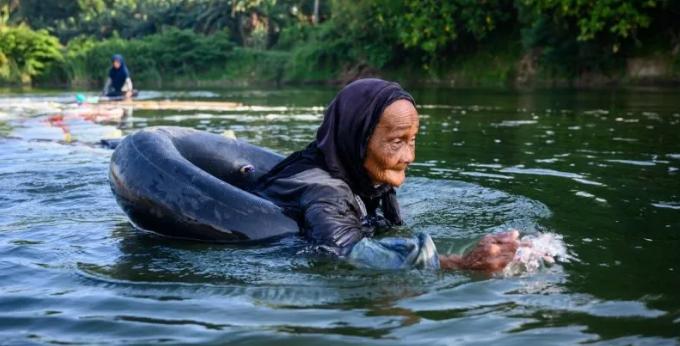 The island of Sulawesi, which is located in Indonesia, can hardly be called a paradise. In one of the settlements called Tinabun, there is no fresh water at all. The necessary source is located 3 kilometers along the river. A couple of times a week, 80-year-old women go swimming after her to provide the population with life-giving moisture. 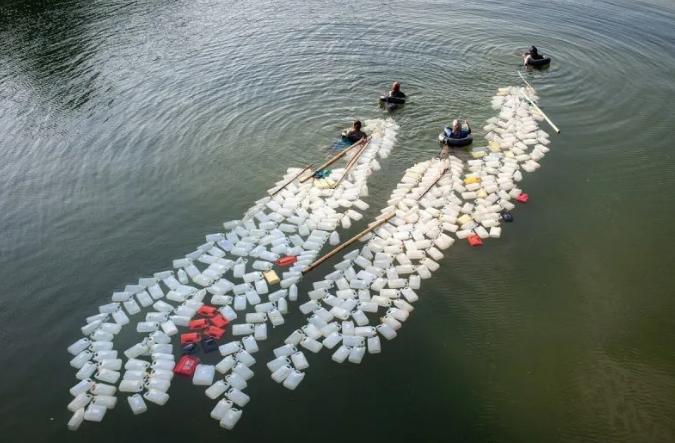 The life of all the inhabitants of this village directly depends on such a far-from female feat. To deliver drinking water, elderly workers who have enough free time drag about 200 eggplants along the river.

This work associated with certain risks is paid at a rate of 6.5 dollars per 1 swim. Old women go on their way in small groups to make it more fun. Air-inflated car tires serve as water transport for them. 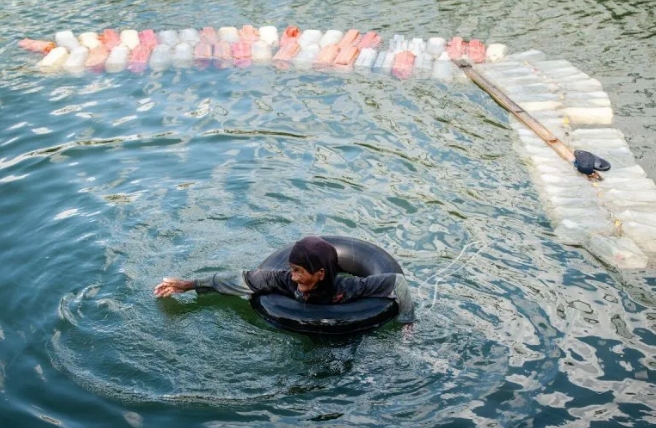 Speaking about such an incredibly difficult life situation, I don’t even want to take seriously someone’s indignation about waiting for water peddlers once a week. After all, there is a saying: “Everything is known in comparison.”