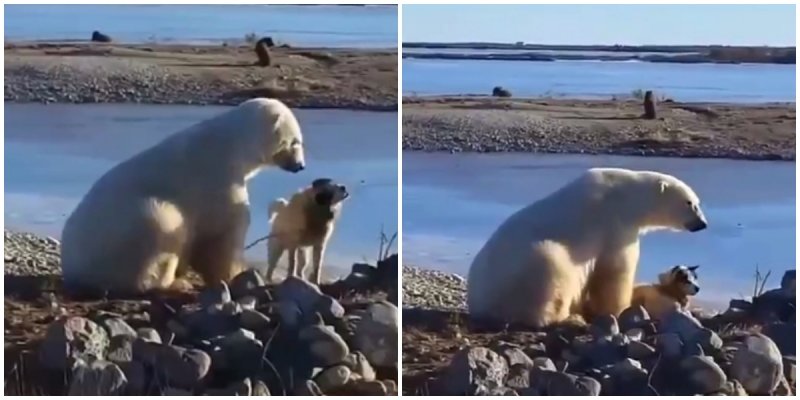 A friendship between animals is not uncommon. But most often friendships arise between pets.

Residents of Kamchatka filmed a polar bear stroking a dog on the head. The dog does not seem to mind such caresses and enjoys the company of his friend. The author of the video said that the bear often comes to visit his friend the dog. People, however, stay away from friends.

The video went viral and got thousands of views. Users were touched by such a tender relationship between a wild beast and a domestic dog.