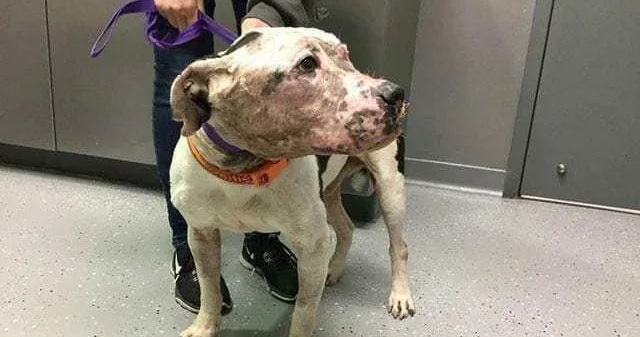 The whole muzzle of the dog was swollen from the cruel treatment. He was starving. He was tied to one place and sat alone. It is not clear how such atrocity can occur today. Therefore, it is absolutely certain that other people should not even come close to animals! The dog was sitting on a leash next to a pile of garbage. Waste was scattered all around. The dog was also in great pain. And he had no choice but to wait for someone compassionate to find him here … 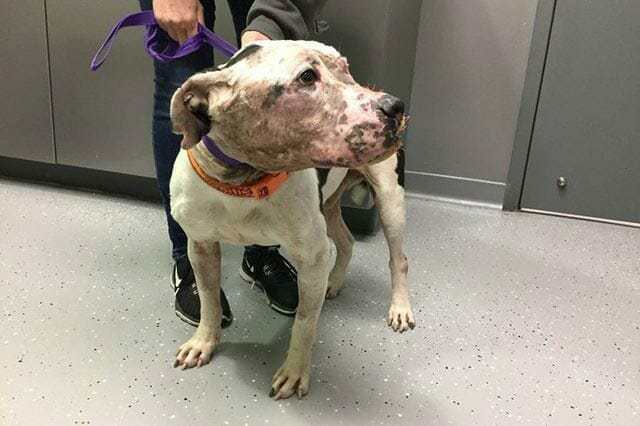 But then two people passing by saw poor Charlie. He was immediately brought to a veterinary clinic, which is located in the US city of Philadelphia. Doctors, having examined Charlie, discovered something that had never been seen before until this moment.

Adria Rebbecci, who manages the clinic’s public relations, said that when the doctors opened the dog’s mouth, the entire inside of Charlie’s lips and cheeks were covered with maggots.

The situation was extremely serious. The doctors had no time to lose. The director of the hospital even decided to pay for any treatment Charlie needed himself.

The dog was sedated and taken to surgery. Since the tissues of the muzzle of the dog were badly damaged, doctors were forced to remove most of them.

Procedures to restore Charlie’s mouth lasted all week. Then the healing process began. 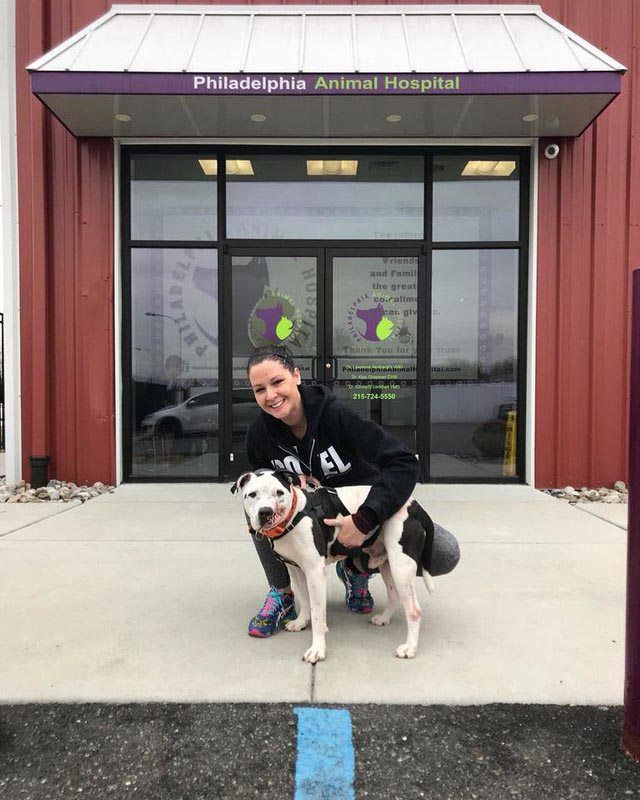 Charlie couldn’t eat normally. It was very difficult for him. The dog was therefore fed in small portions and several times a day. So the dog could gain strength, albeit not very quickly.

Slowly but steadily there were improvements. Finally, Charlie became healthy again. Despite the pain that he had to experience in life, he does not hold a grudge against people.

The same Adria says that Charlie allowed the people who found him in the trash to come to him. Then he was not against the fact that he was being taken to the clinic. And we assumed that Charlie is a good dog, not evil. 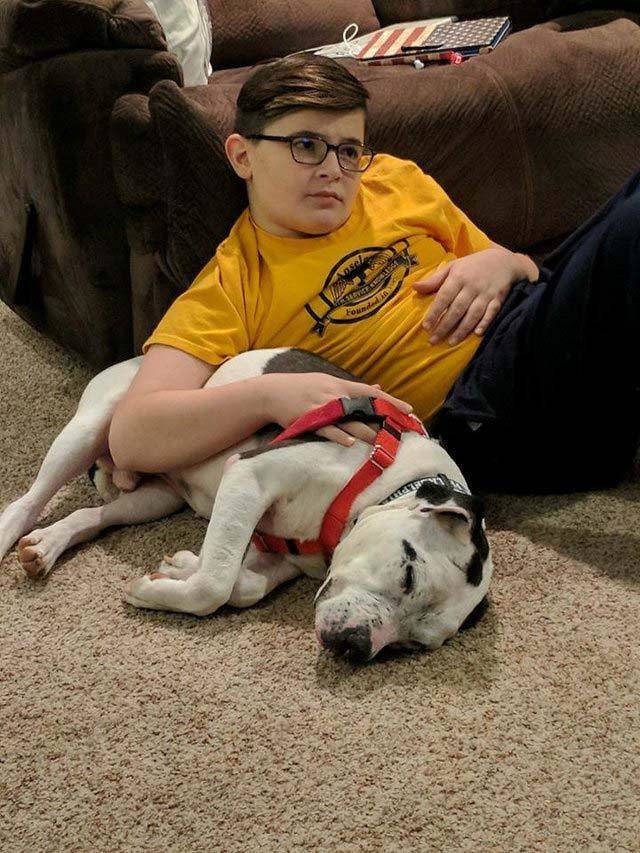 And in their clinic, he was glad that people were with him. He licked them all the time and played with everyone. So, given his then grave condition, he was comfortable being among people.

But especially the dog fell in love with Natalie Barber at the clinic. Her specialty is caring for the elderly. And when the time came to look for a new “foster family” for Charlie, Natalie did not even think about it.

According to Adria, the Barber family already has a dog. So Charlie also found a four-legged friend there. And with Lucas, Natalie’s son, the newcomer had an excellent relationship.

Charlie had a chip on his body. An investigation is ongoing into who was the dog’s former owner and why he left the dog in this condition.

But Charlie himself is doing very well today. And no horrors will happen to him again!