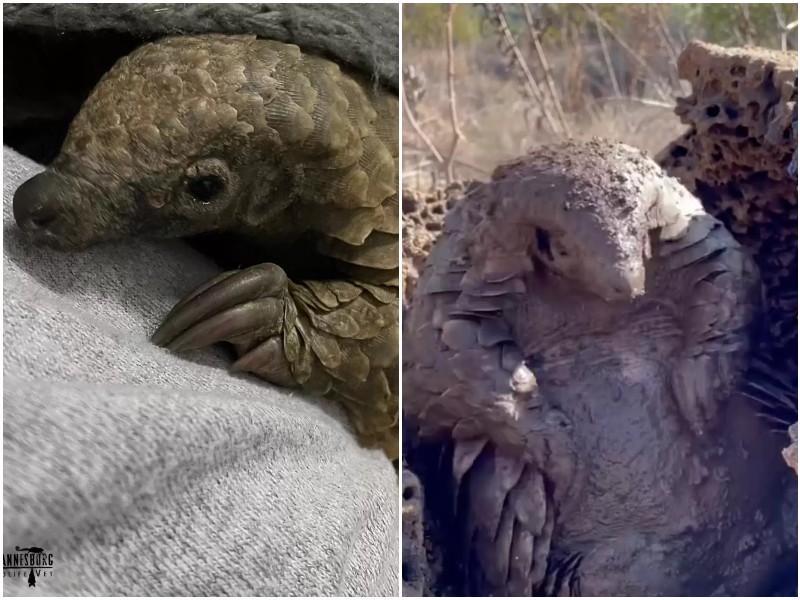 An orphaned baby pangolin was rescued from a difficult situation. The emaciated poor fellow was left without a mother, and could not protect himself in the wild. People found it just in time.

This pangolin was rescued from poachers when he was still very young in the city of Pretoria, South Africa. The kid was emaciated and weak, as he was left without a mother at an early age. Rescuers from the JWVH center found him just in time. 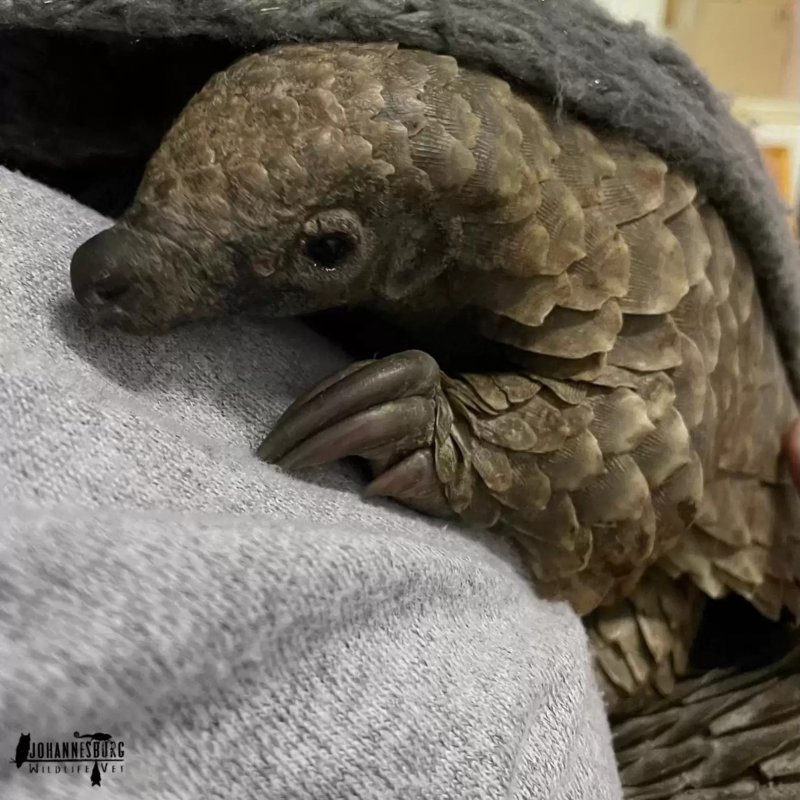 The kid was given the name Stevie and began to restore his health. Fortunately, he quickly began to gain weight and began to recover. In a few weeks, the pangolin gained 4 kilograms and became much more active. 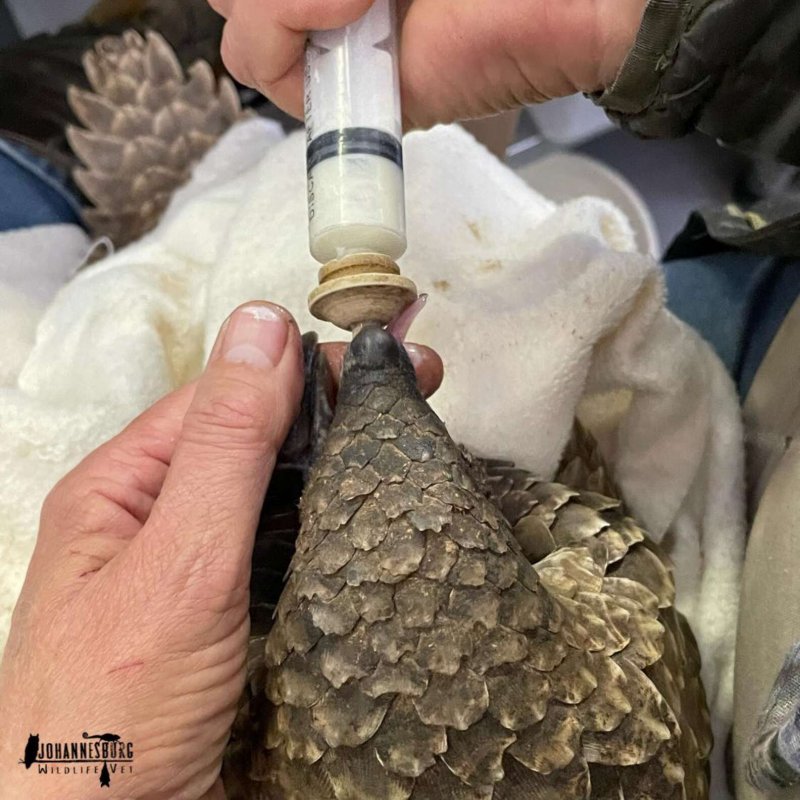 When Stevie was rescued, he only ate special milk formula, but in the following weeks, as his health improved, he went looking for ants and termites in his enclosure. The staff also made a “mud bath” for him, which pangolins love so much. Stevie really enjoyed taking this bath! 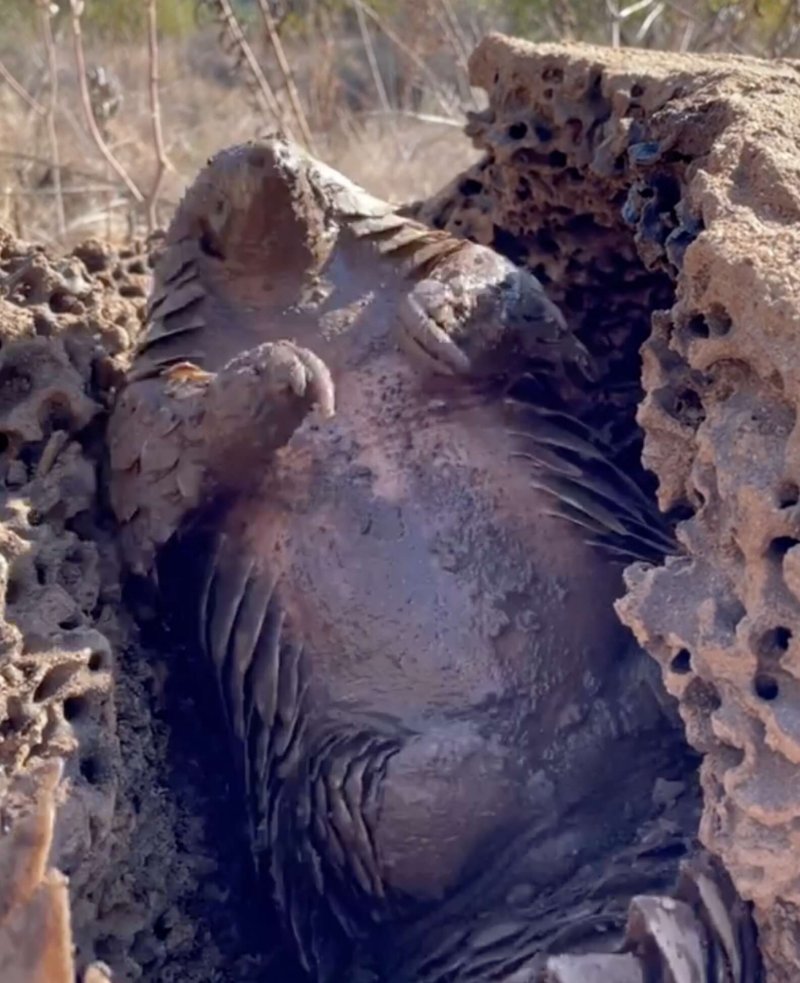 “Pangolins are known for their love of mud. It cools their body and protects them from various parasites. So does Stevie – as soon as he finds any puddle, he starts somersaulting in it,” said the rescue center staff. 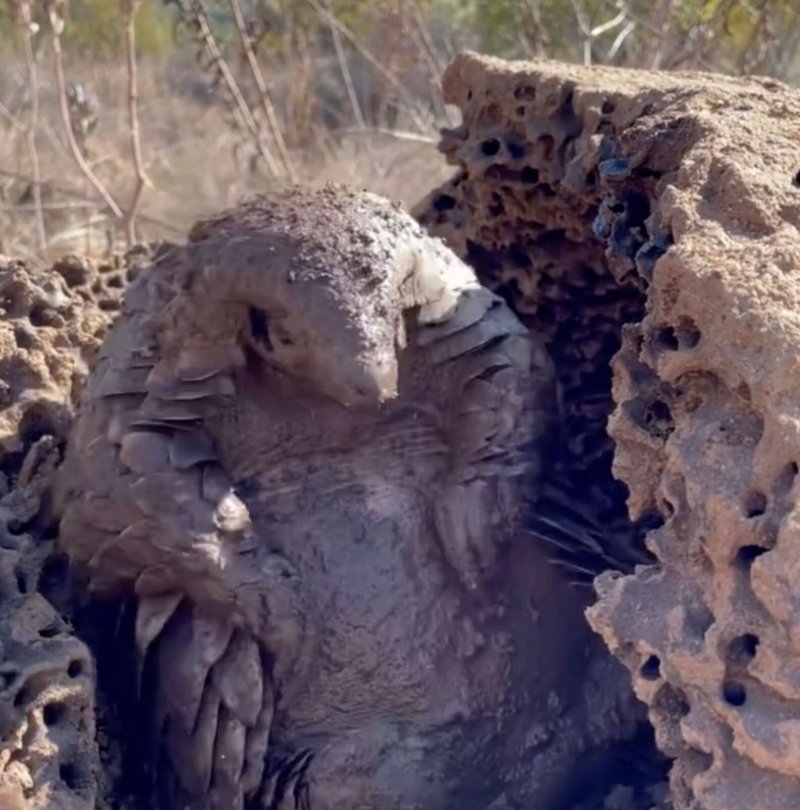 Soon Stevie will finally recover, and he will be released back into the wild. Now it is being actively prepared for this in a special enclosure of the reserve. Thanks to the kind people who saved this baby!