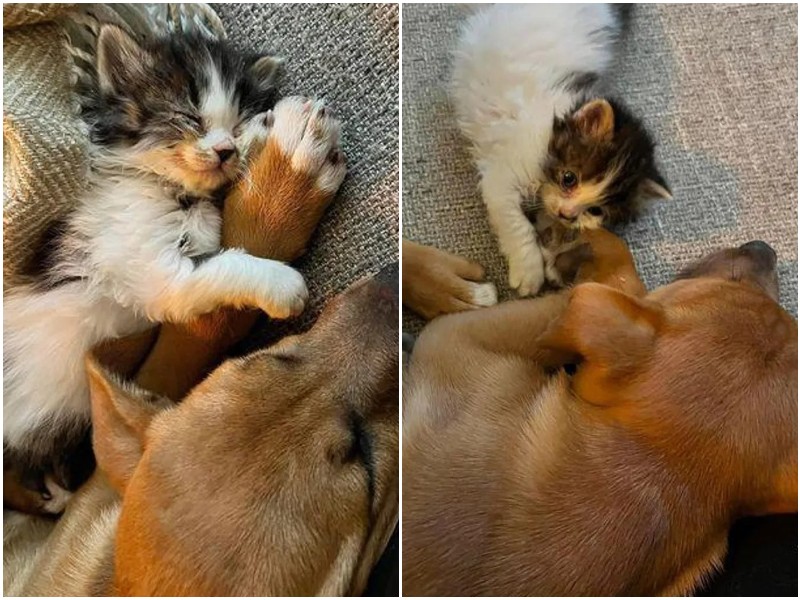 Do you believe in friendship between cats and dogs? Contrary to stereotypes, sometimes they can understand each other perfectly, and become best friends. But these two have their own special story.

Residents of the city of Arlington in the United States recently found a tiny stray cat. She wandered without a mother near the bushes near the local church, and passers-by decided to help the confused baby. They contacted a local shelter and reported the kitten. 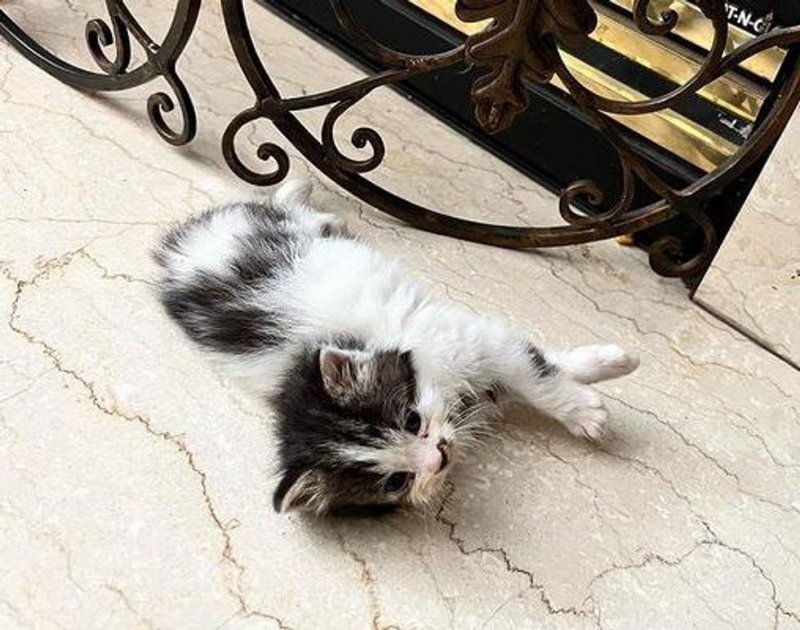 The baby was taken to AWLA’s Kitten, where it was determined that she was about three weeks old. She needed care, as she was found to have many fleas and large underweight. Therefore, the cat, who received the name Grace, was immediately sent for overexposure. 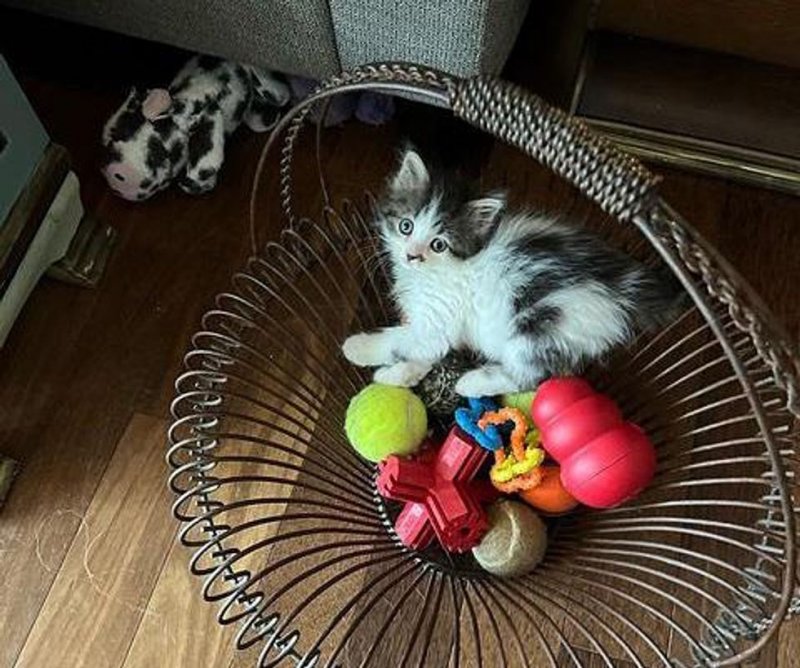 At first, Grace was kept in a special incubator to regulate her body temperature, and also fed well by the hour. A few days later, the baby noticeably cheered up, gained weight, and her appetite increased. Then the guardian decided to introduce her to a puppy, whom she also kept in overexposure – Ralfie. 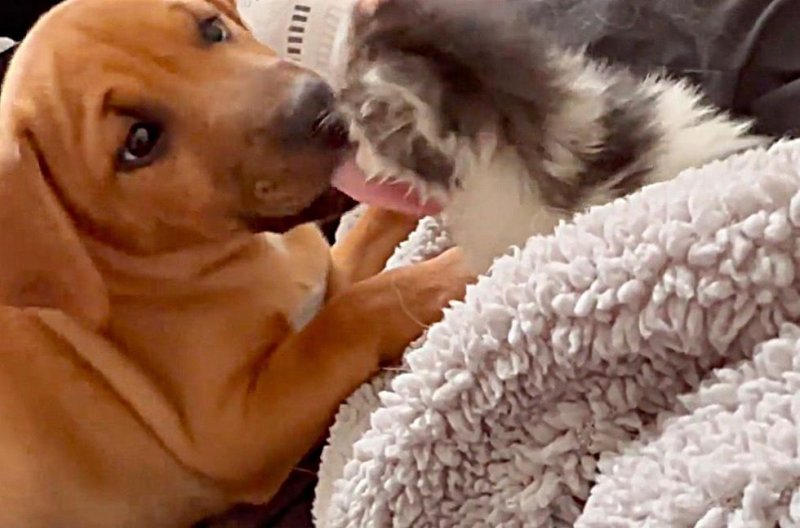 The puppy was very curious to meet the kitten, and it was mutual! The two immediately fell in love with each other, and from the day they met, they spent all the time together. Ralfie felt like an older brother and constantly took care of the kitten. 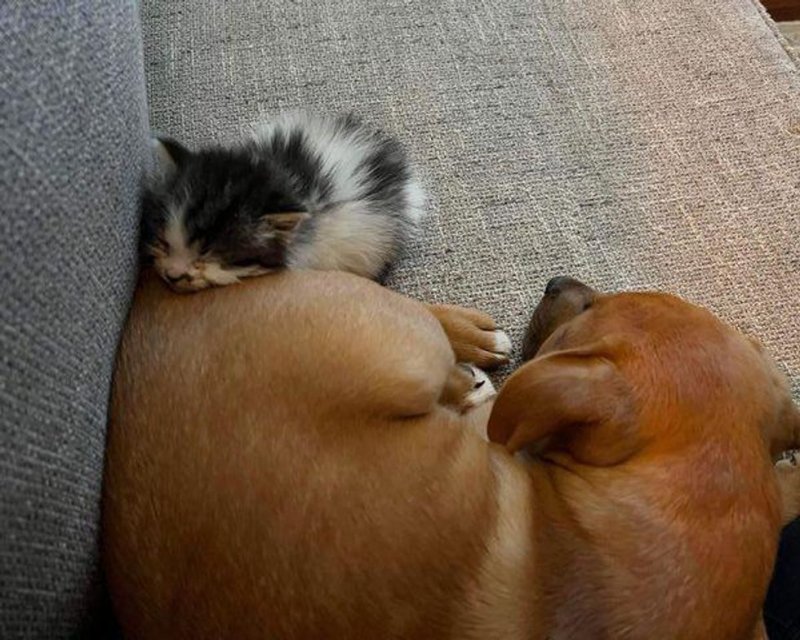 Despite a ton of energy, next to Grace, the puppy instantly becomes gentle, neat, and attentive. And the cat itself blooms next to him, not missing the opportunity to take a nap in the arms of Ralphie. They do everything together – eat, sleep, play, run around the house. 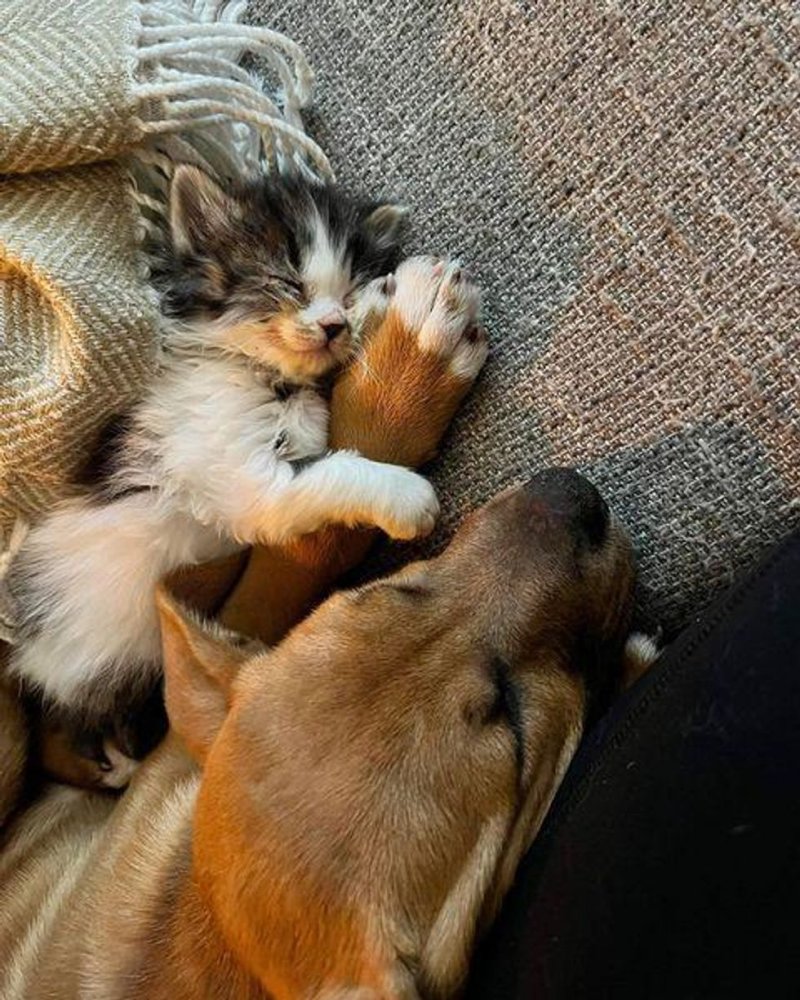 When friends grow up, they will start looking for owners. The guardian hopes that the fluffies will be able to be given to one family – after all, they have become best friends. Thank you for saving these beauties! 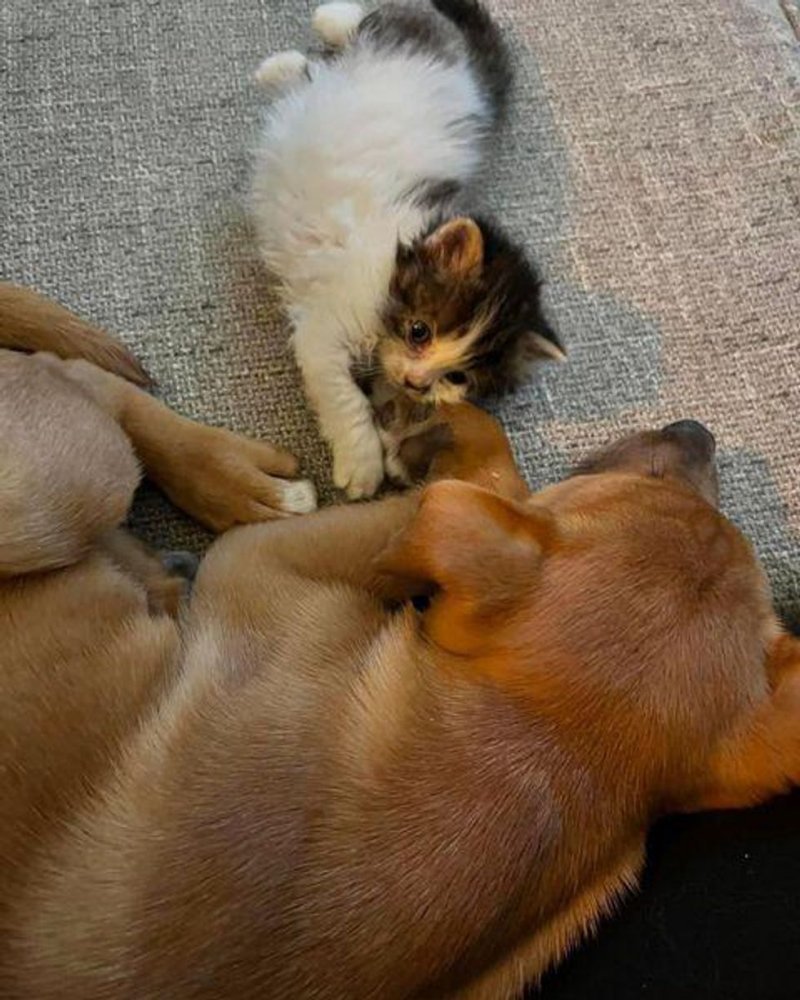 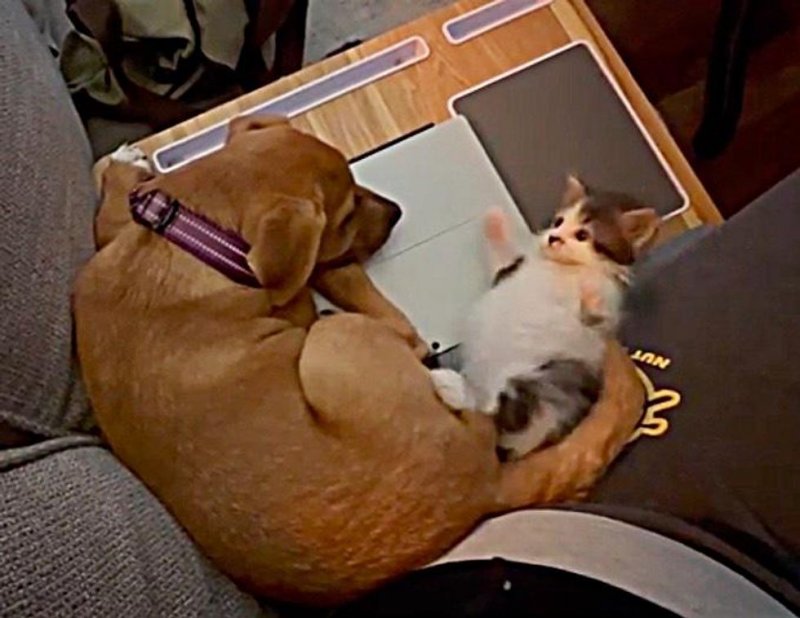 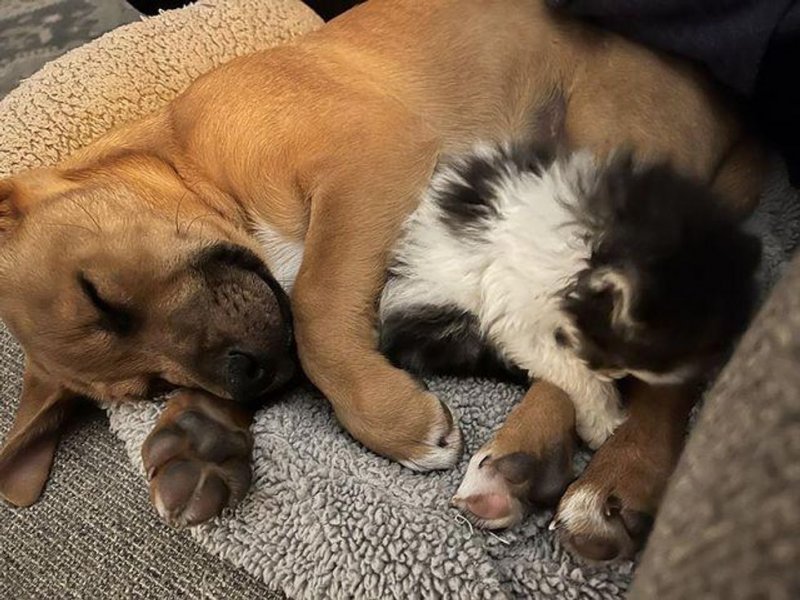 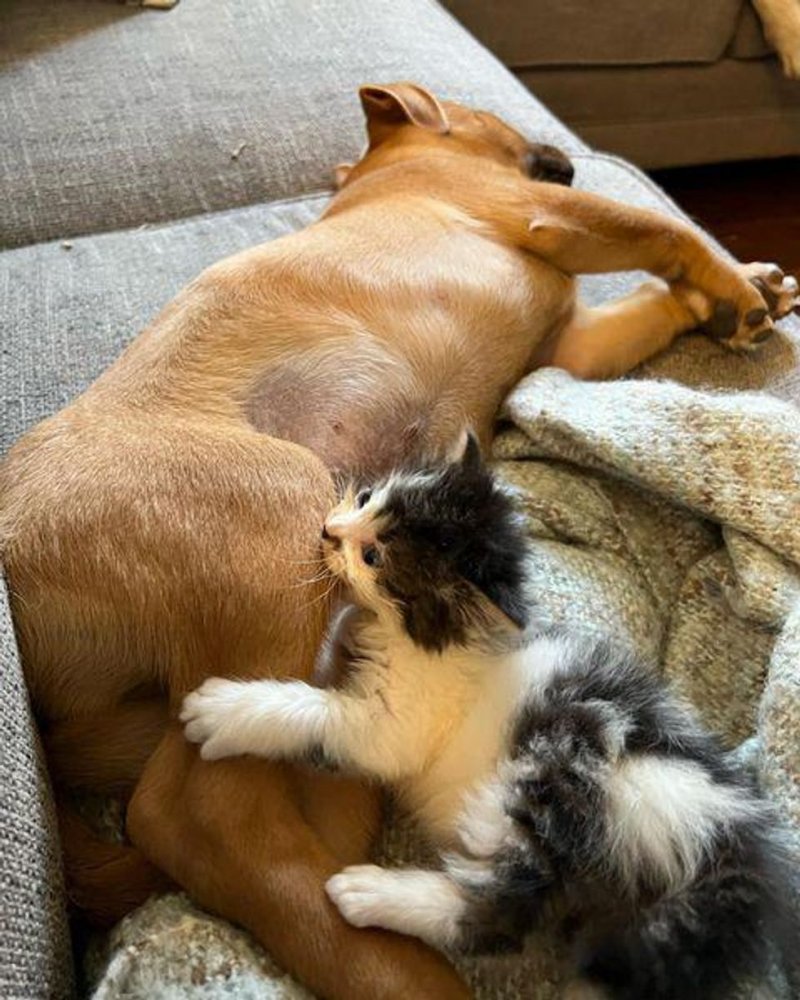