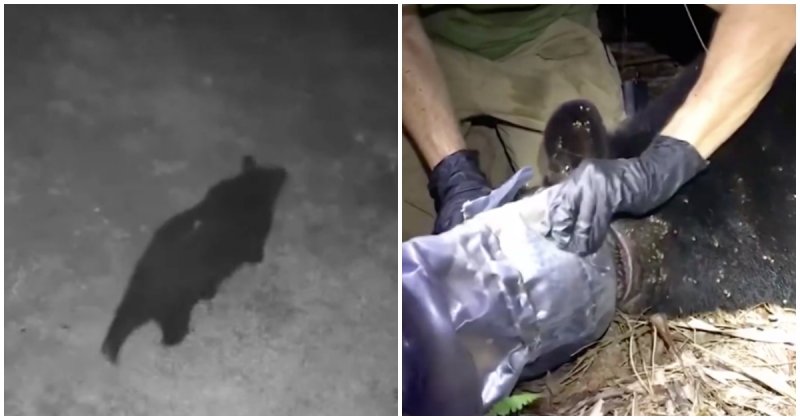 That’s why it’s important to clean up after picnics, otherwise the waste left behind can harm the animals.

In the Florida National Park, employees saw a bear on cameras walking with a bottle on her head. For a month, she wandered around as if in a trap, wearing plastic on her face. The employees could not find the bear for a long time: they set camera traps everywhere, and finally, they managed to track her down and put her to sleep.

Then the bear’s head was finally released. The examination showed that she could feed normally and did not lose any weight during this time.

After treating the wound on the neck, left from the ill-fated collar, she was released back.