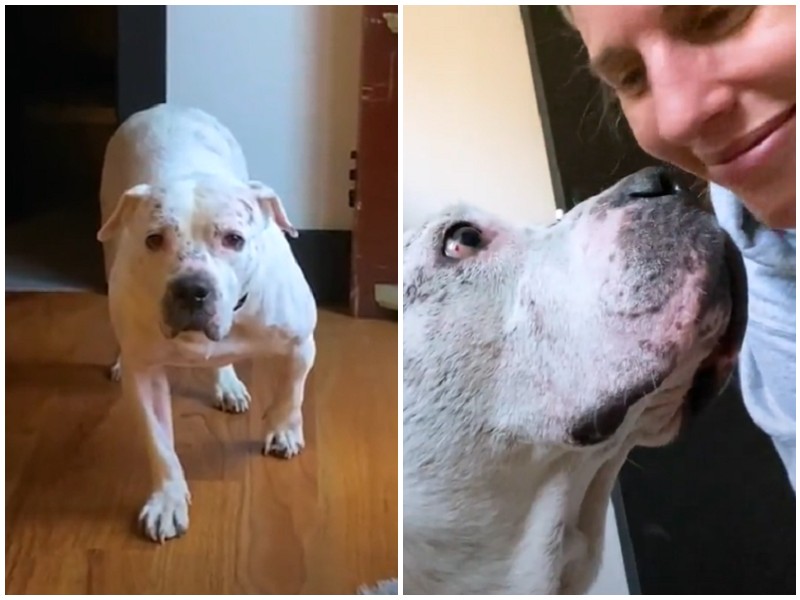 An abandoned pit bull dog was picked up on the street in a sad state. The beaten, frightened, and a battered dog was afraid to even look at people when she was brought to the shelter.

This pit bull dog was picked up in Puerto Rico all alone. The owners abandoned her, she was modest and downtrodden, but fortunately, she fell into caring hands. People transferred her to the Love Of All Dogs shelter, where they began to take care of her sensitively. 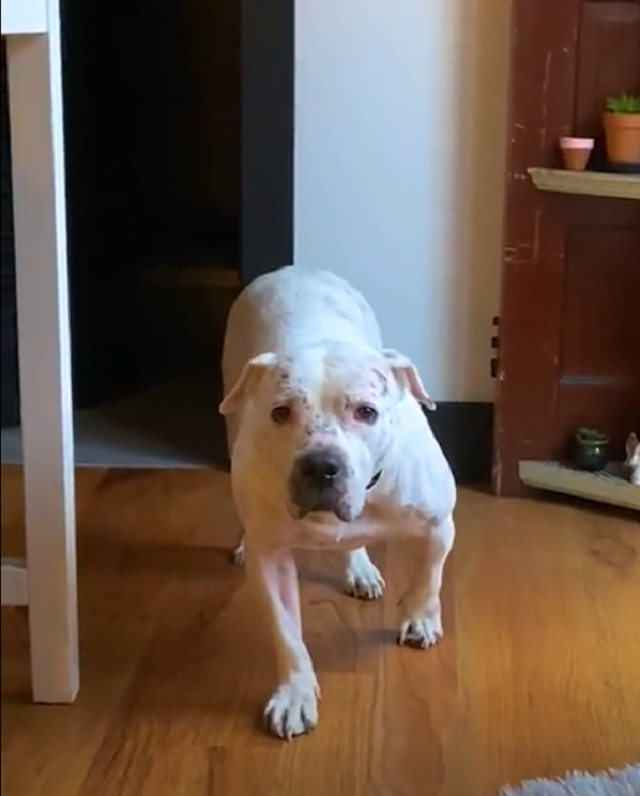 The dog was named Cochi. Apparently, once people hurt her, so it was very difficult for her to trust them again. When a volunteer named Elizabeth took Cochi for overexposure, the first days the dog was even afraid to look her in the eye. 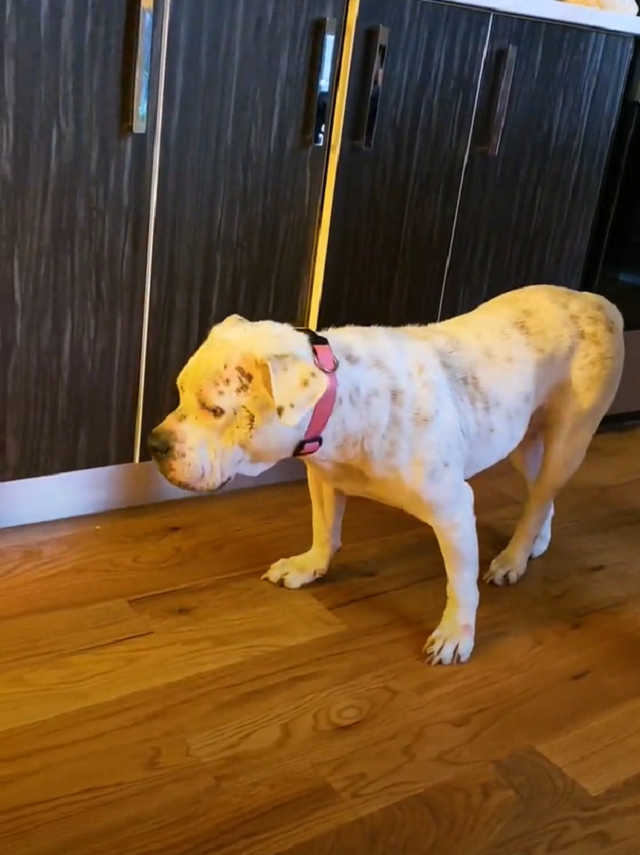 Cochi was afraid of everything around and was afraid of the new environment. One of the first days, she bit another guardian dog because she was very nervous – and since then she was muzzled for a while for safety. 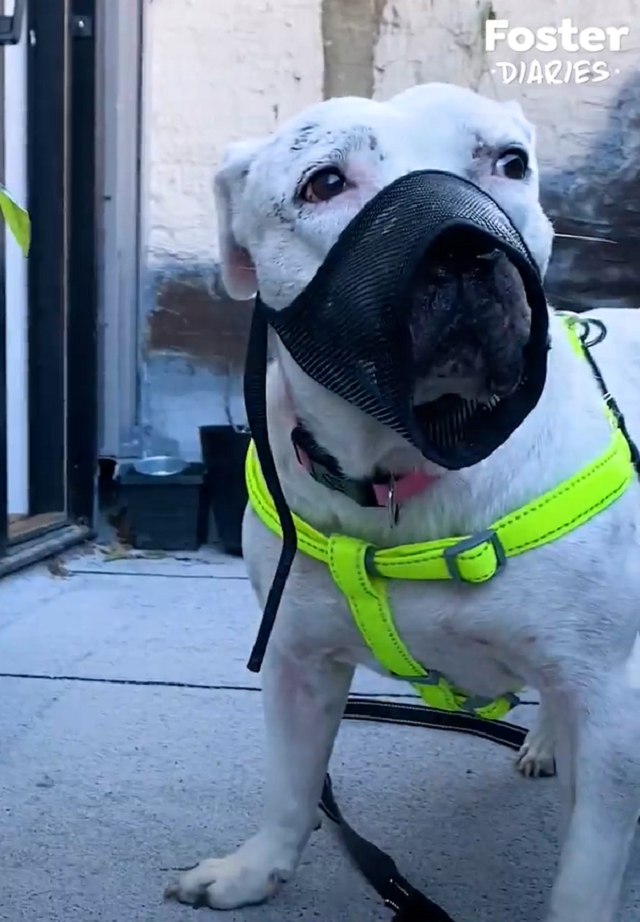 It was not easy for the slaughtered dog, but thanks to the patience and love of the guardian, Cochi soon began to “thaw out”. She trusted the woman more and more every day and blossomed before her eyes. She just realized that she was safe here, and she was truly loved. 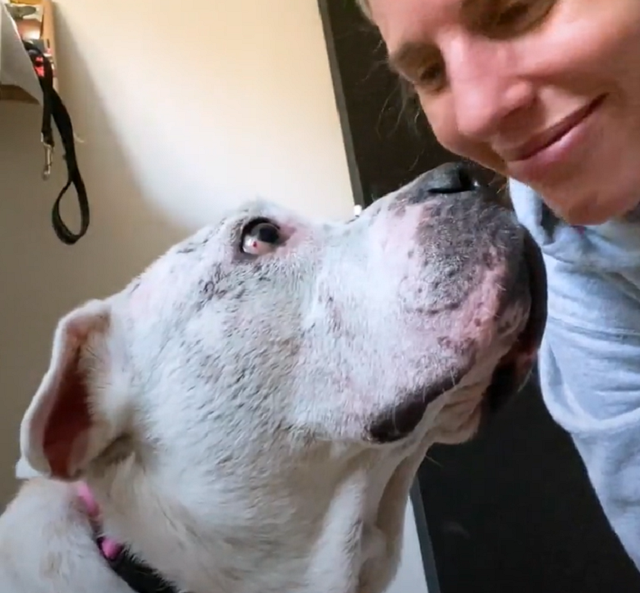 Cochi has become much more active, friendlier, and bolder. She later befriended her guardian’s pet dog and began to learn important dog business from her. This girl has turned into a gentle, charming, loving beauty. 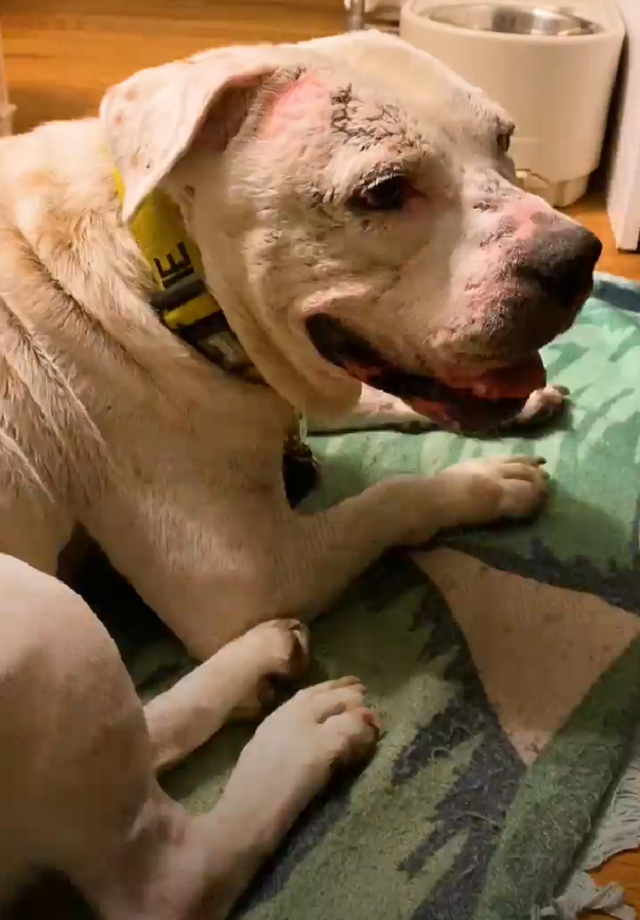 When Cochi recovered sufficiently, they began to look for owners for her. One woman was already interested in her before, and so she became the first candidate. She took Cochi in with her and gave her a new life. Now, this dog is happy. Thank you, kind people! 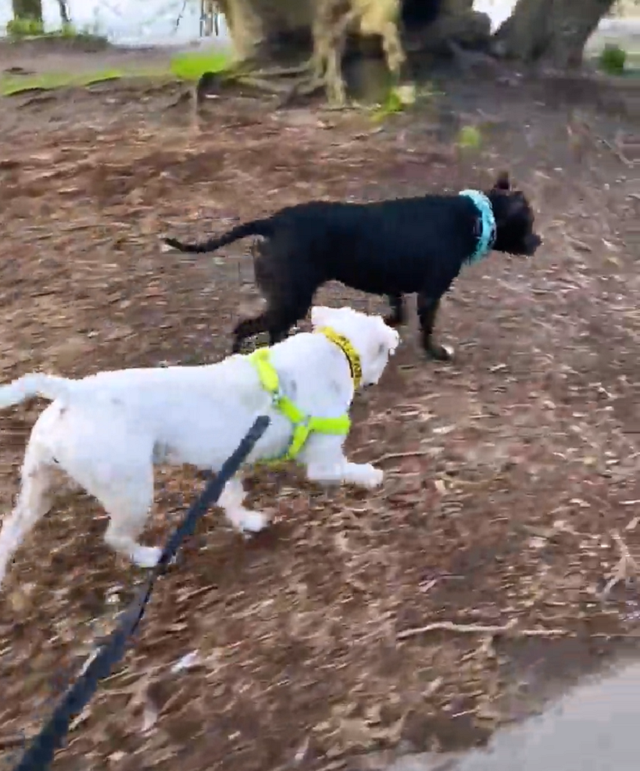 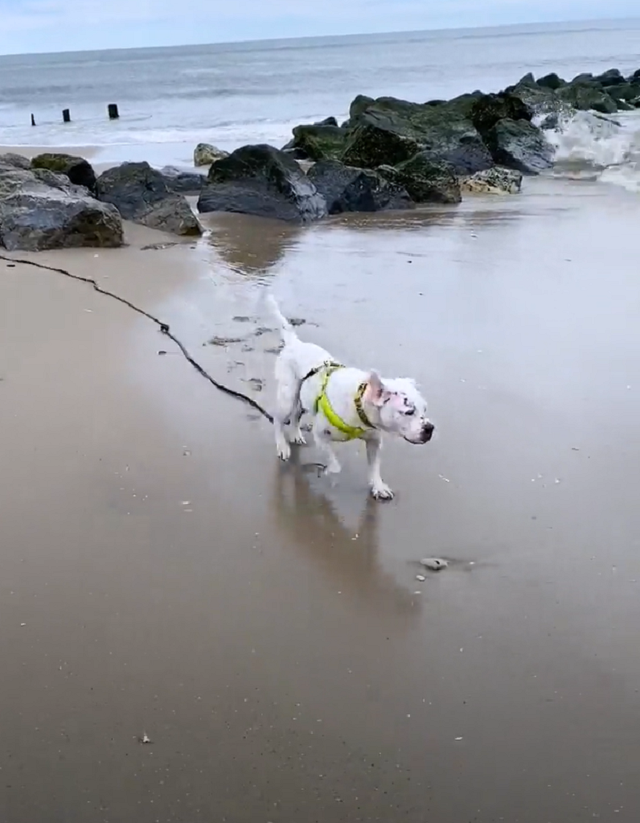 Happy Cochi with her owner

The story of Cochi on video