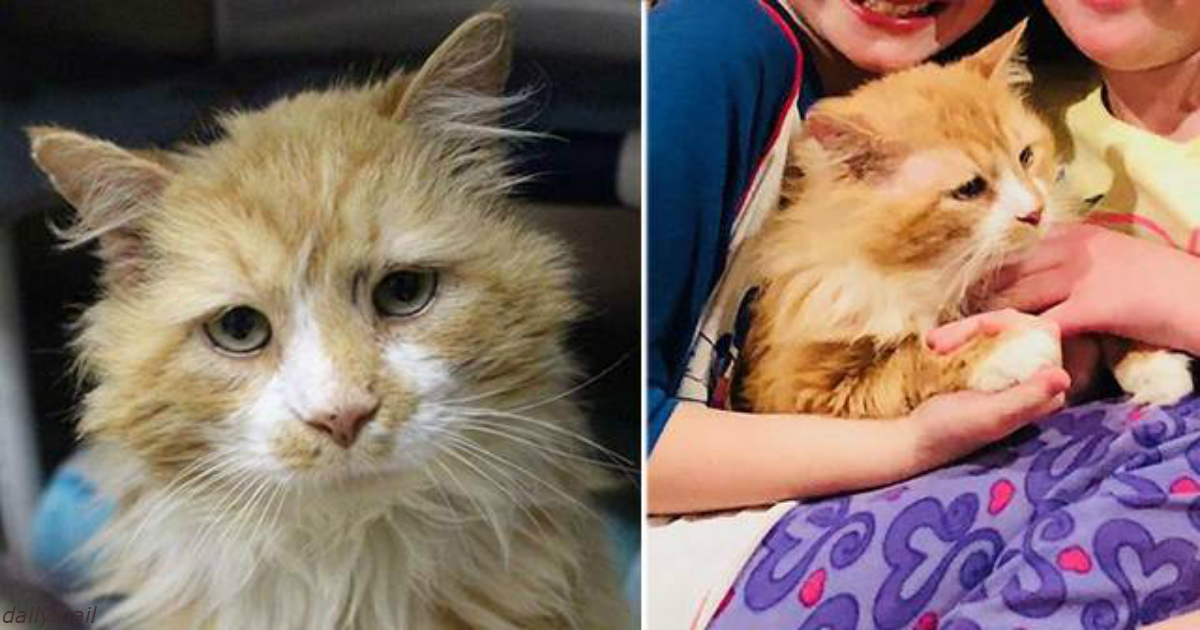 A dramatic story with a happy ending took place in the American city of Raleigh. And her main character was a red cat named Toby.

People who not so long ago took the animal to themselves soon learned that the cat is very pugnacious. The family did not like the constant catfights, and soon the violent pet was returned to the shelter. Toby thought it was some kind of mistake. Despite a decent distance from home, the cat embarked on a dangerous journey to reunite with the “family”. The animal was unaware of why it was abandoned.

But even the emaciated appearance of the cat, which had covered 19 kilometers, did not soften the heart of the new owners, and they took him again, but to the clinic to euthanize. 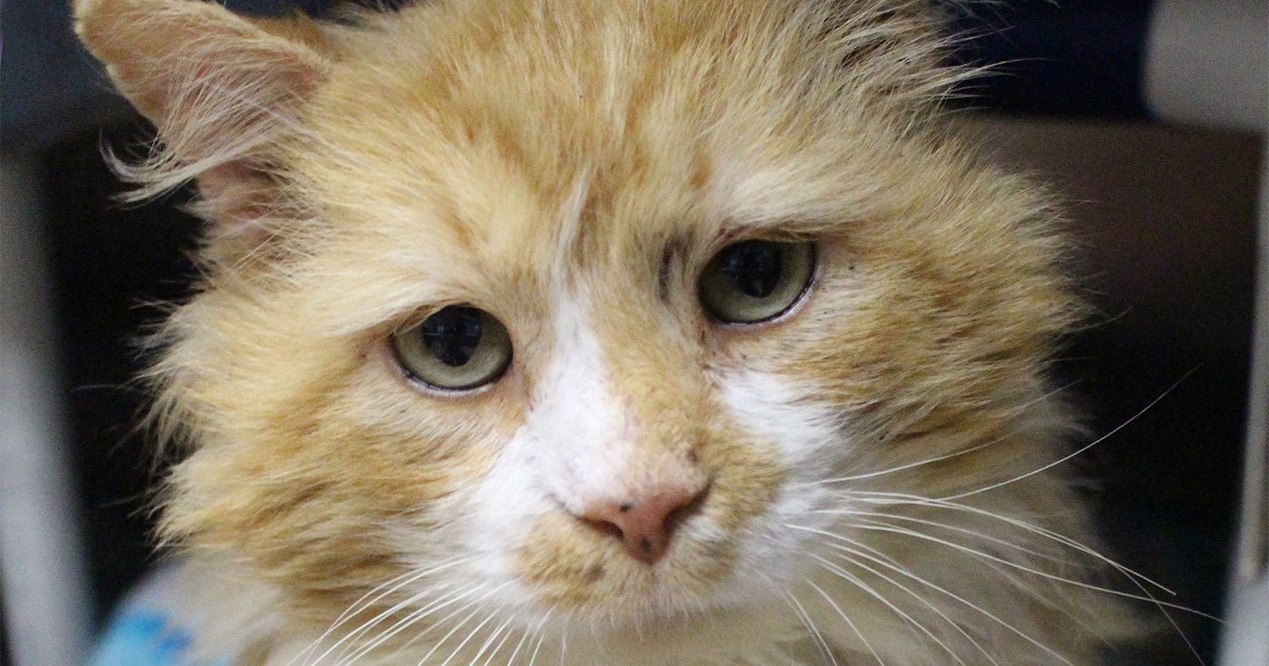 After hearing the heartbreaking story, the local shelter called the American Society for the Prevention of Cruelty to Animals and refused to euthanize the cat. The organization came to the rescue immediately.

Tests showed that Toby had HIV as well as a respiratory infection. Despite his illness, Toby was very affectionate and kind to the staff who took care of him. At first, Toby hissed at other cats, but soon became calmer about the neighbors, and even became one of the staff’s favorite cats. 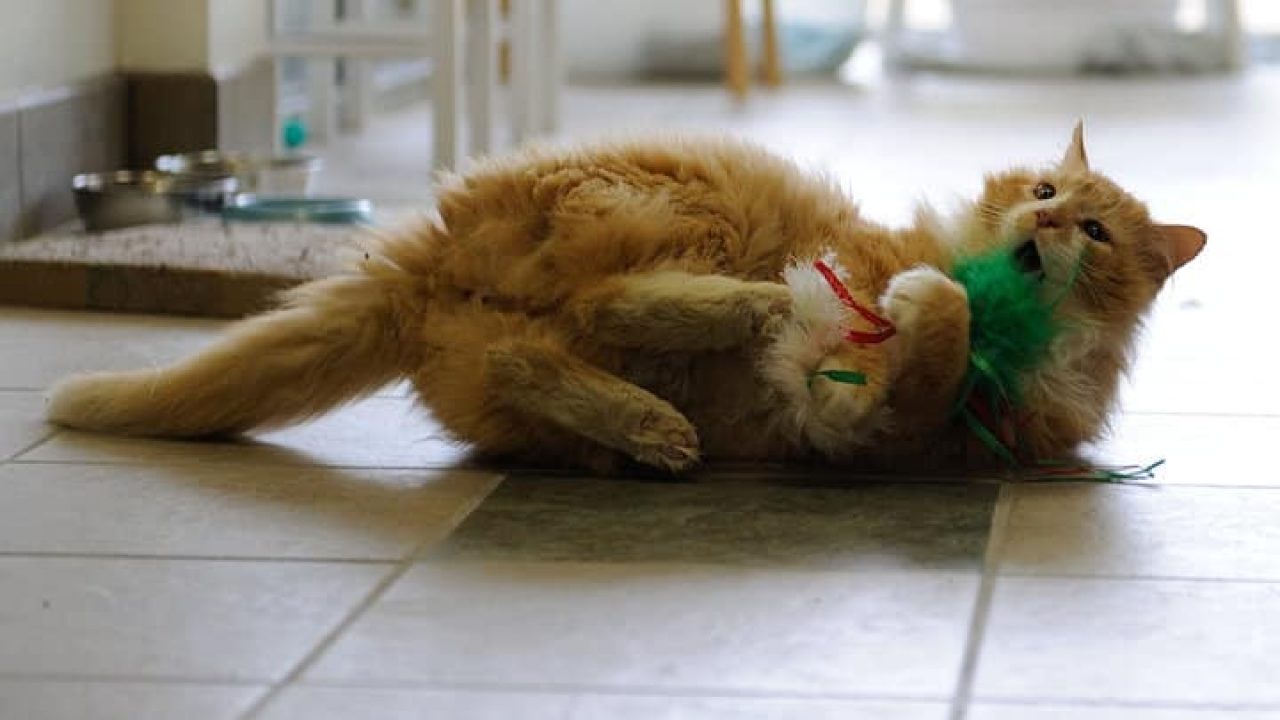 After Toby fully recovered, his photo was posted on the Internet for the purpose of adoption. 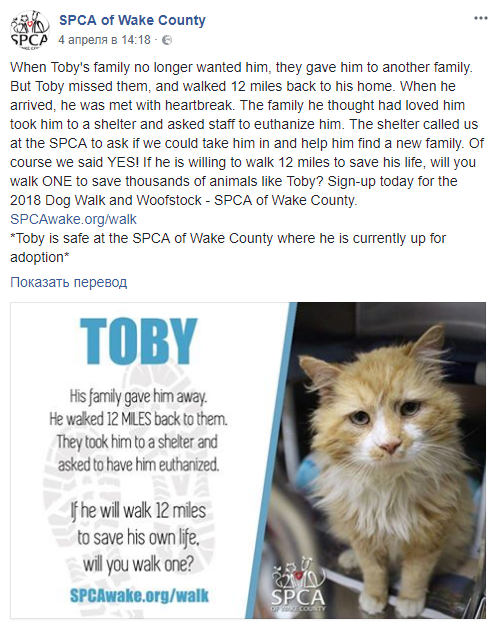 A post with a photo of an adorable animal has resonated widely with Facebook users. More than 1.5 thousand people who are not indifferent shared this entry on their pages. 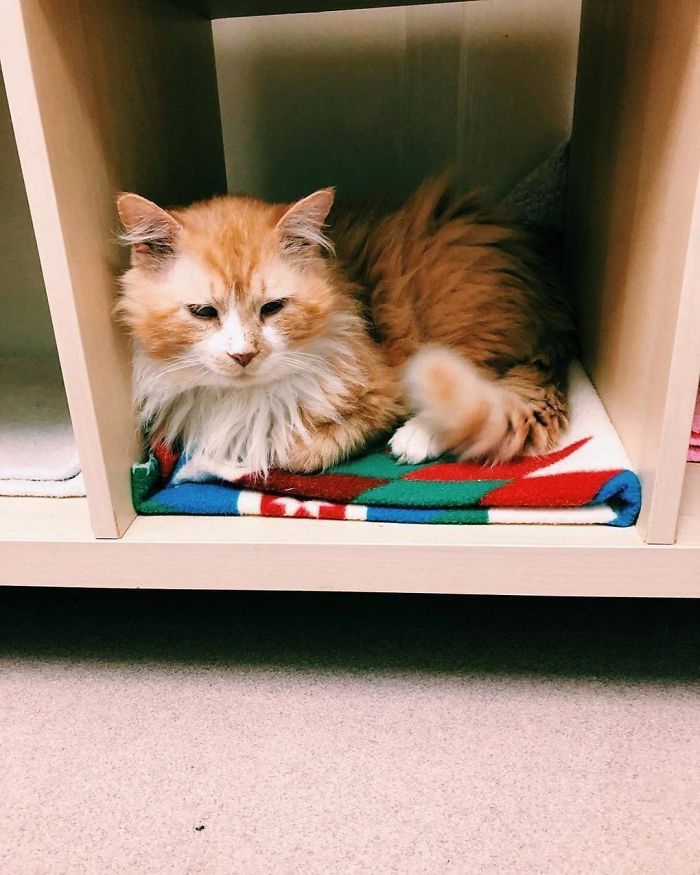 Toby now lives with his new owners and two other cats. His owner Michelle claims that Toby is sweet, loving, and cuddly. He loves to rest on the bed of his masters. It’s nice to know that Toby was able to find a home where he is loved and appreciated. 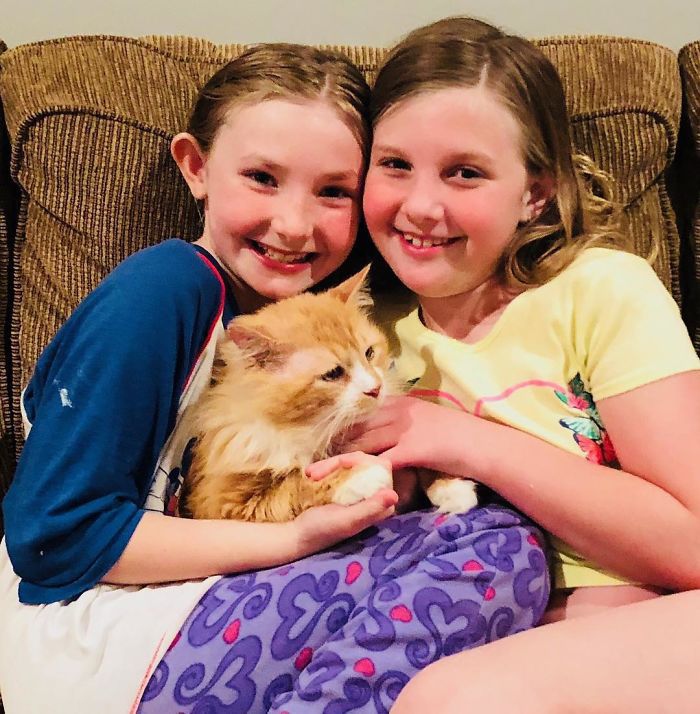