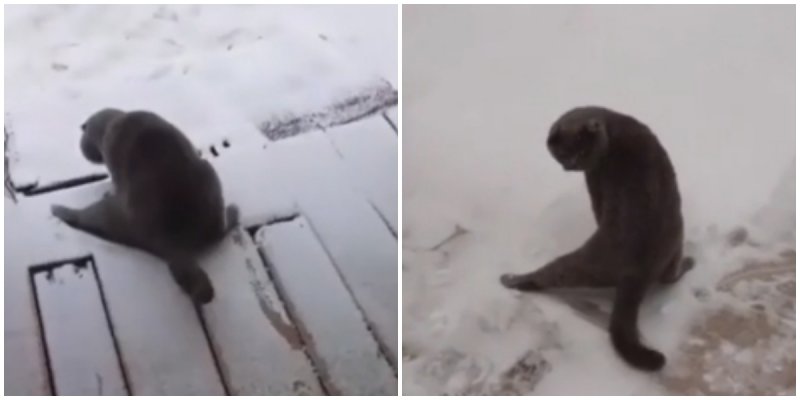 Pets are a little familiar with the world that is outside the walls of the house. This cat learned all the complexities of wildlife only by going out into the snow and ice.

The owner of the cat filmed how her pet saw snow for the first time. The brave mustachioed decided not only to sniff but also to walk along with the white canvas. He stepped over the threshold without fear, but immediately his paws slipped. The cat was confused but decided to continue the walk. He ended up putting on a little dance show by accident.

Judging by the expression on his face, the cat was very unhappy with the situation. The owners in the comments noticed that the cat has some problems with its paws, so he did a good job.