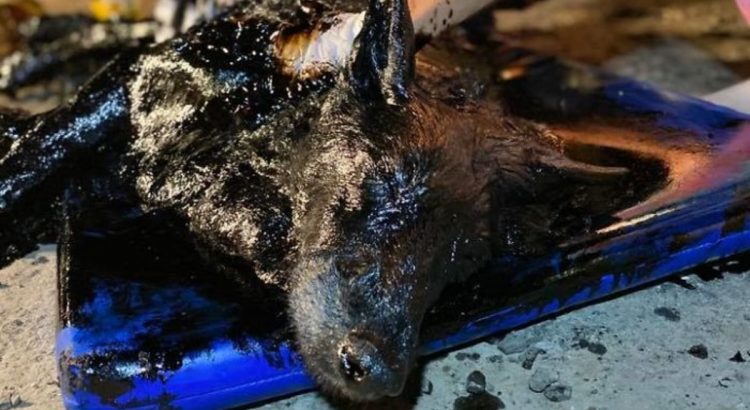 If it weren’t for the people who go out of their way to help the animals, many animals would no longer be alive!

The Argentinean non-profit organization “Proyecto 4 Patas”, together with local residents, recently saved a dog named Aloe from death. The baby got into trouble, hitting the tar. She lay helpless, covered in sticky goo, unable to move. Fortunately, her cries were heard by the children playing nearby. Kind guys saw the poor thing in a puddle of fuel oil and contacted the rescuers. 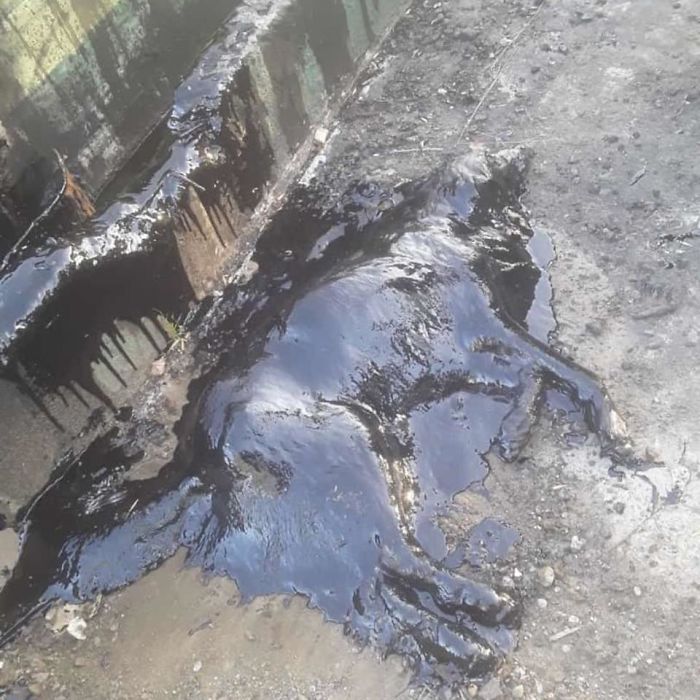 Soon, eight volunteers were already rushing to the dog. It took as many as nine hours of continuous work to free the pet and somehow wash it of resin. At the same time, as many as 50 liters of oil were used up! After that, the dog was bathed three more times. 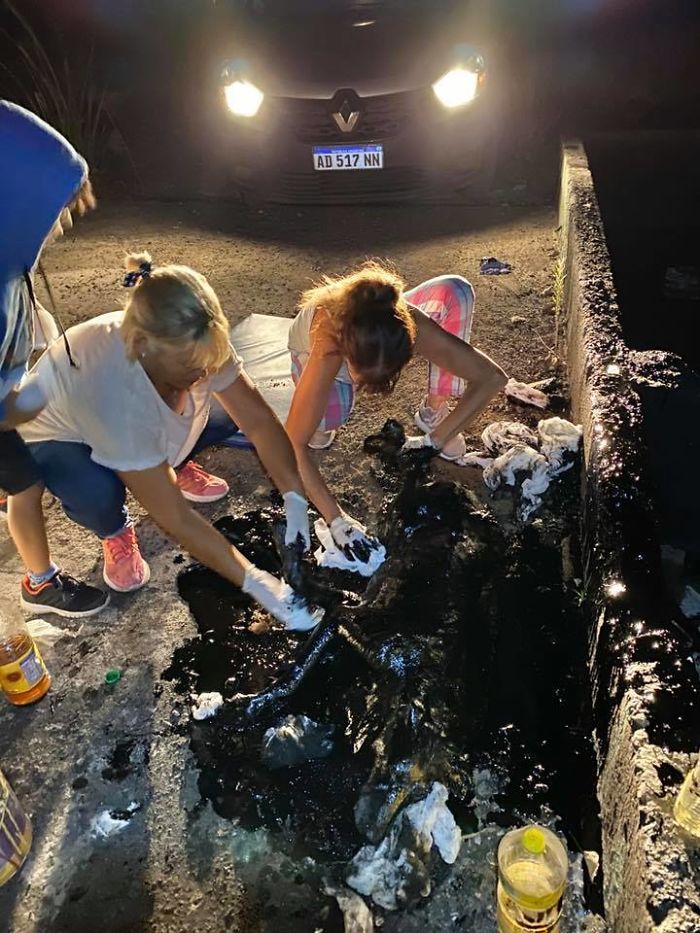 Now Aloe is safe, and rescuing the little one showed how determined and united the people of Buenos Aires are when it comes to saving the animal. Everyone extended a helping hand: children, local residents, police, and firemen! 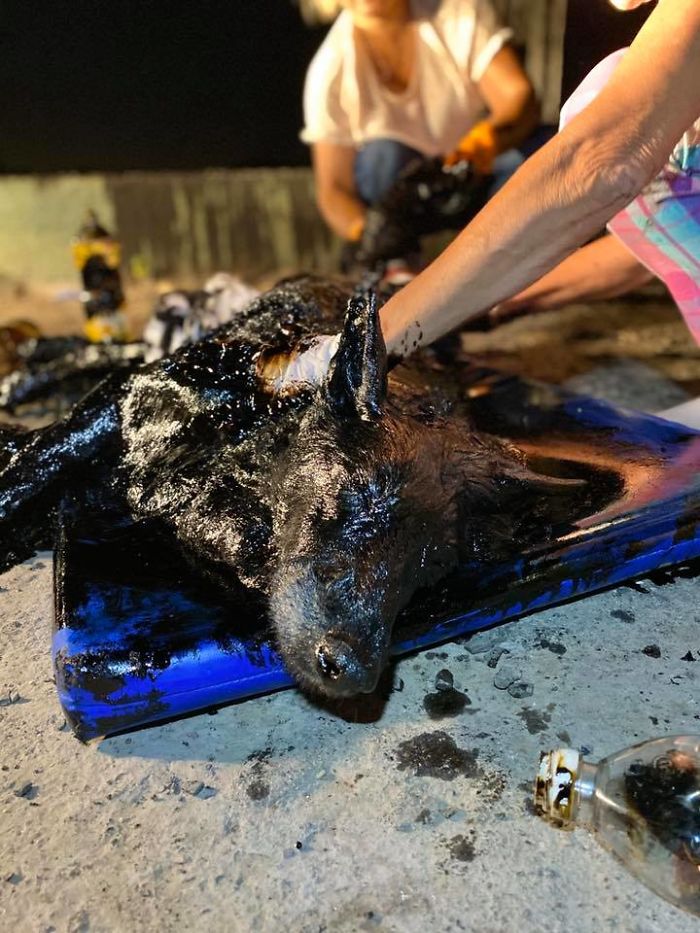 The organization “Proyect 4 Patas” has about two million fans. People respect and support the company because they oppose animal experimentation and always help those pets who need it most.

Employees of the organization say that now Aloe is in perfect order. The cute dog has obviously been starving outside for a long time, so now he is enjoying the opportunity to eat well and communicate with people. The friendly little girl quickly won the hearts of all the staff. 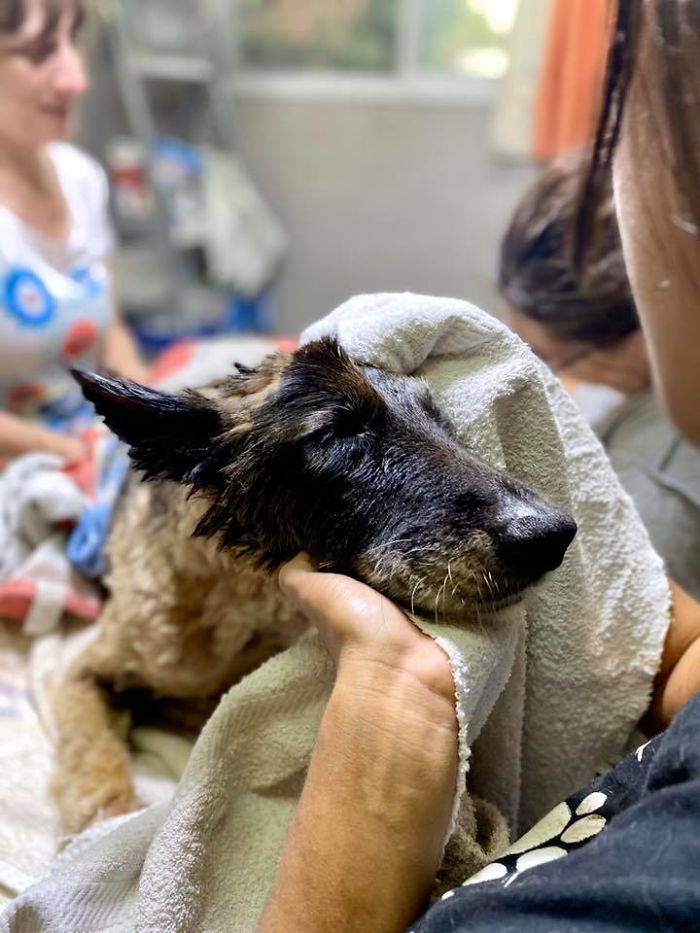 Aloe is still very thin, so the main goal of the rescuers was to restore her. When the dog is fully recovered, the best home will be found for it.

“Proyect 4 Patas” staff admits that they have never seen an animal in such a deplorable state before! The poor fellow suffered greatly from being unable to move for a long time. When it was cleaned of resin, everyone was very afraid that Aloe could die at any moment. But she seemed to feel that people were trying to help her and relaxed after the first bath. 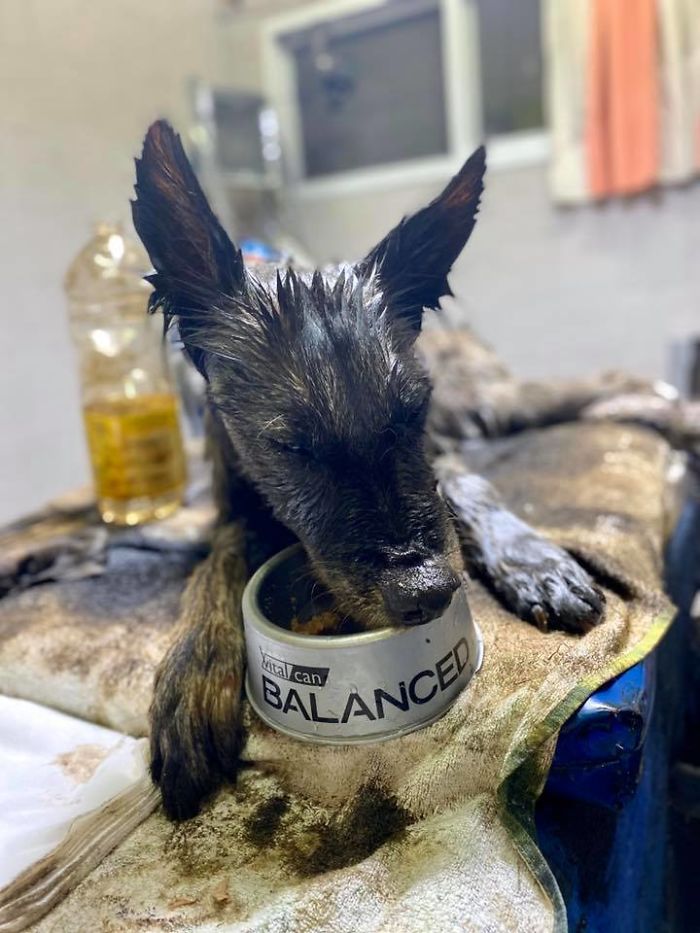 When, finally, they managed to get rid of the fuel oil, the rescuers thought that the tired dog would want to sleep. But no – all she wanted was to be close to people and cuddle with them! It seems that on that very night, Aloe was born again … 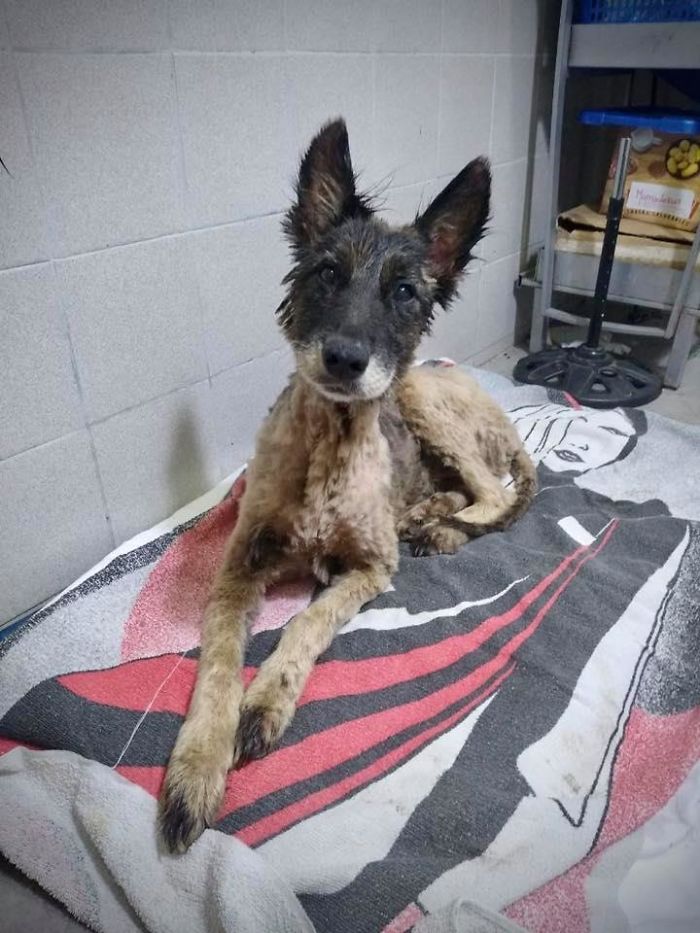 We wish the dog a speedy recovery and a meeting with a loving person!