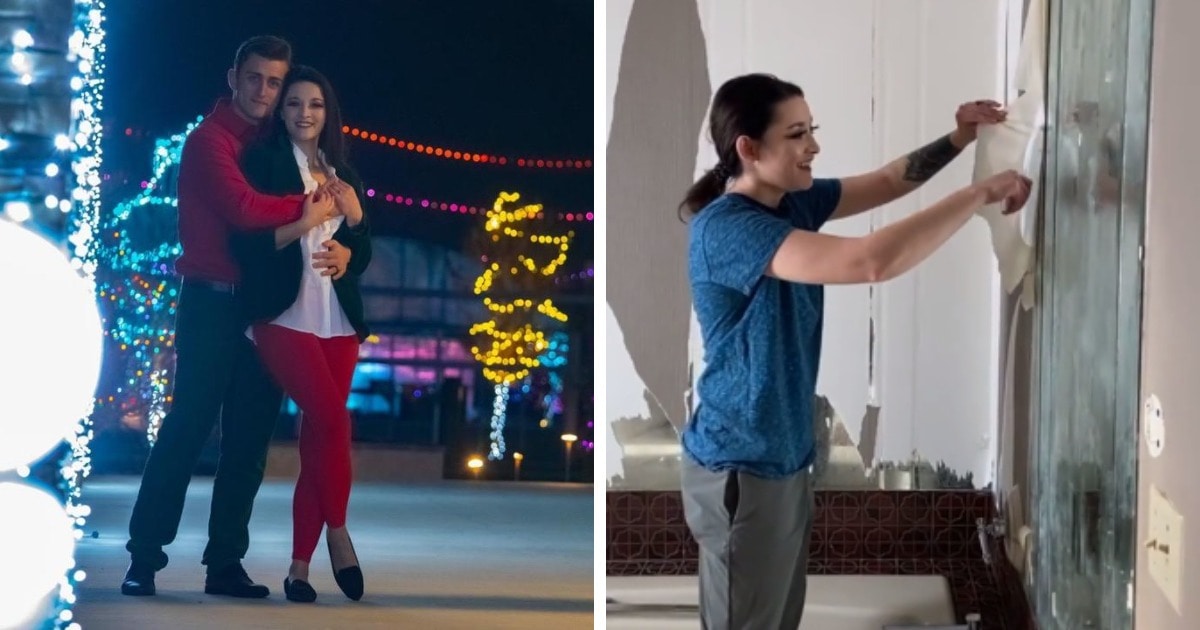 A young married couple buys a house and finds something mysterious in it that remains from the previous owners. This seems to be how a lot of horror movies start. However, similar stories happen in real life!

The young Wilds family bought a house built in 1969 and decided to renovate it. But in the bathroom, a surprise awaited them from the former owners of the property, which can hardly be called a pleasant housewarming gift.

Christina Wilds from Kansas posted a video on her TikTok page in which she showed how she did repairs with her husband. While removing the old wallpaper in the bathroom, the couple discovered that under them were mirrors around the entire perimeter of the room.

The mystery that kept the bathroom. 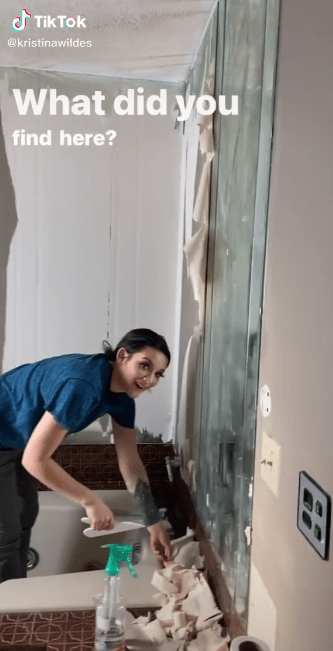 In the video, Christina’s husband asks her what she found in the bathroom. The girl replied that under the wallpaper the walls of the room were covered with mirrors. Although this discovery seemed very mysterious for the couple, it does not seem that it scared the newlyweds. And this is already a big plus!

The previous owners just pasted the wallpaper over the mirrors. 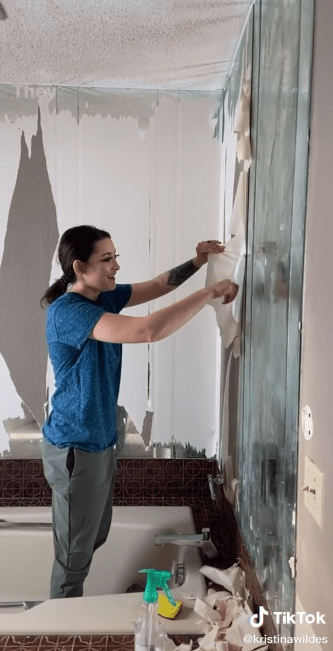 Let’s take a closer look at the mysterious bathroom.

Netizens were amused by the video of the discovery of the newlyweds, but they admitted that they would not want to live in such a house.

Cover them back, it’s a portal. Otherwise, paranormal activity will begin to occur throughout the house.

It looks like the beginning of a horror movie!

Imagine that you go to the bathroom at night and notice your reflection. I wouldn’t need a bathroom anymore.

Despite the fact that having a mirrored room would be at least interesting, the newlyweds decided to get rid of the mirrors and stick new wallpapers in the bathroom. Just in case!