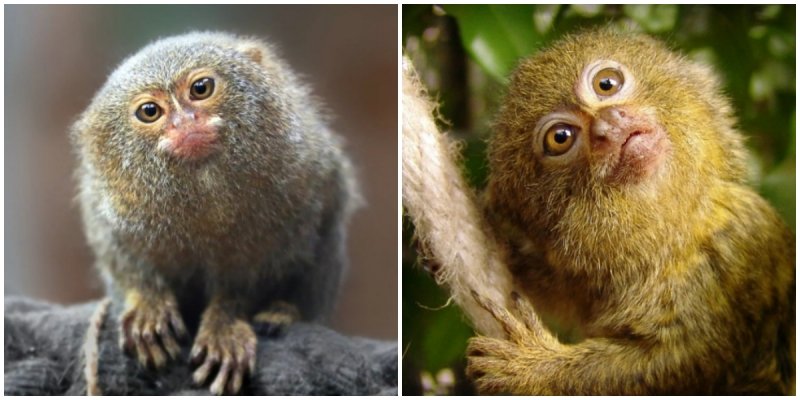 The pygmy marmoset is a tiny monkey that looks more like a keychain than a real animal. Just look how cute she is!

Dwarf marmosets live in South America near the Amazon. Their body length is from 10 to 16 cm, not counting the tail, which reaches 15 centimeters. These babies weigh only 160 grams and look like cute toys.

The pygmy marmoset is fascinated by this leaf beetle.

Just look how small it is! In this video, a tiny monkey is petting a bug that apparently doesn’t see it as a threat. Along with this, dwarf marmosets feed on insects. 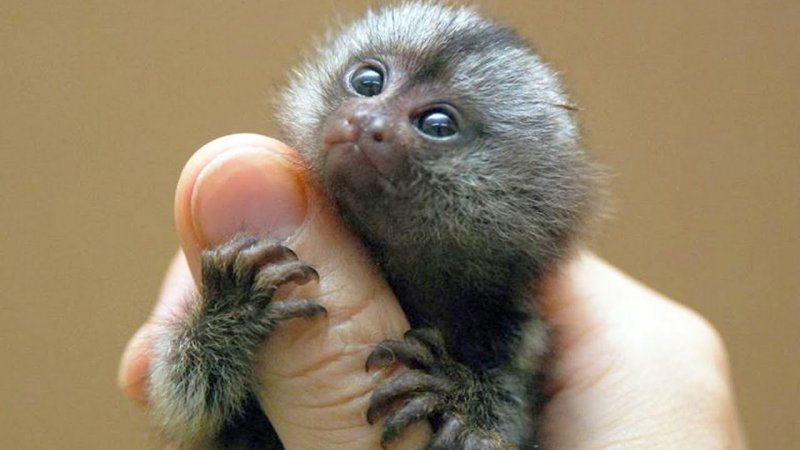 These cute monkeys get their food at the very tops of the trees, where large monkeys cannot climb. 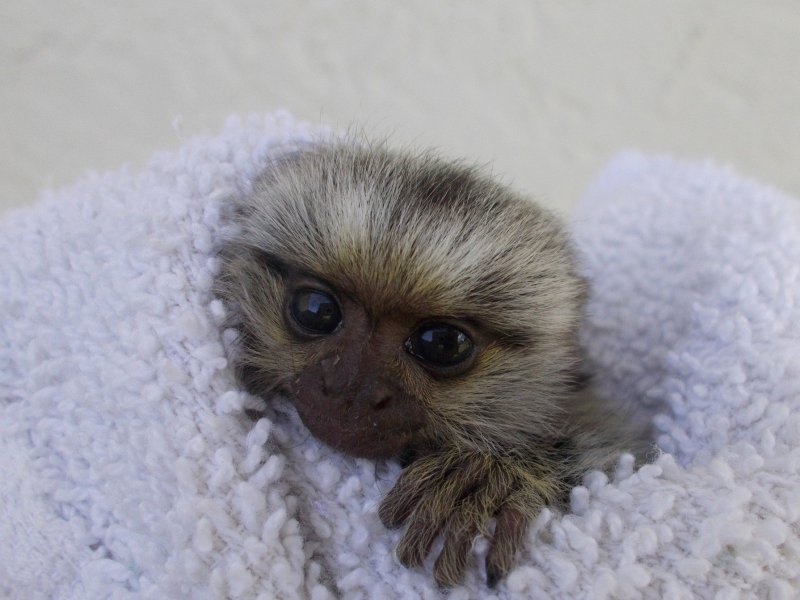 In life, pygmy marmosets are not as cute as in the photo. They live in groups and constantly arrange showdowns. If another flock decided to occupy the neighbors’ favorite tree, then war is inevitable. These little ones will defend their own to the last. 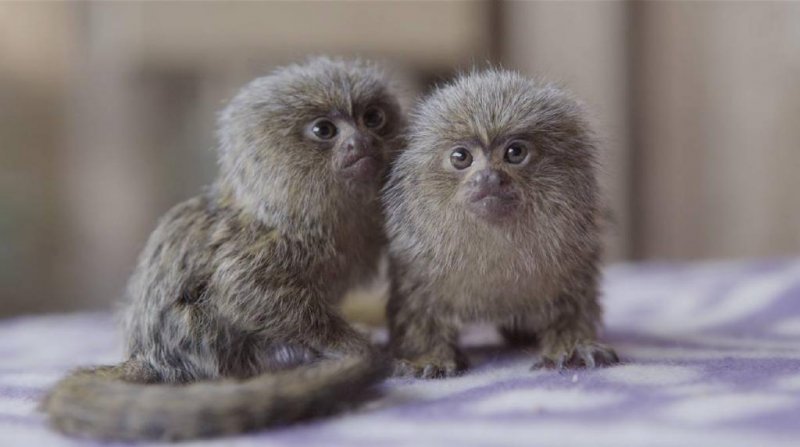 The groups have a strict hierarchy. There is an alpha male – he is the most important. After he comes influential females and other members of the pack – children, old people, and young males. 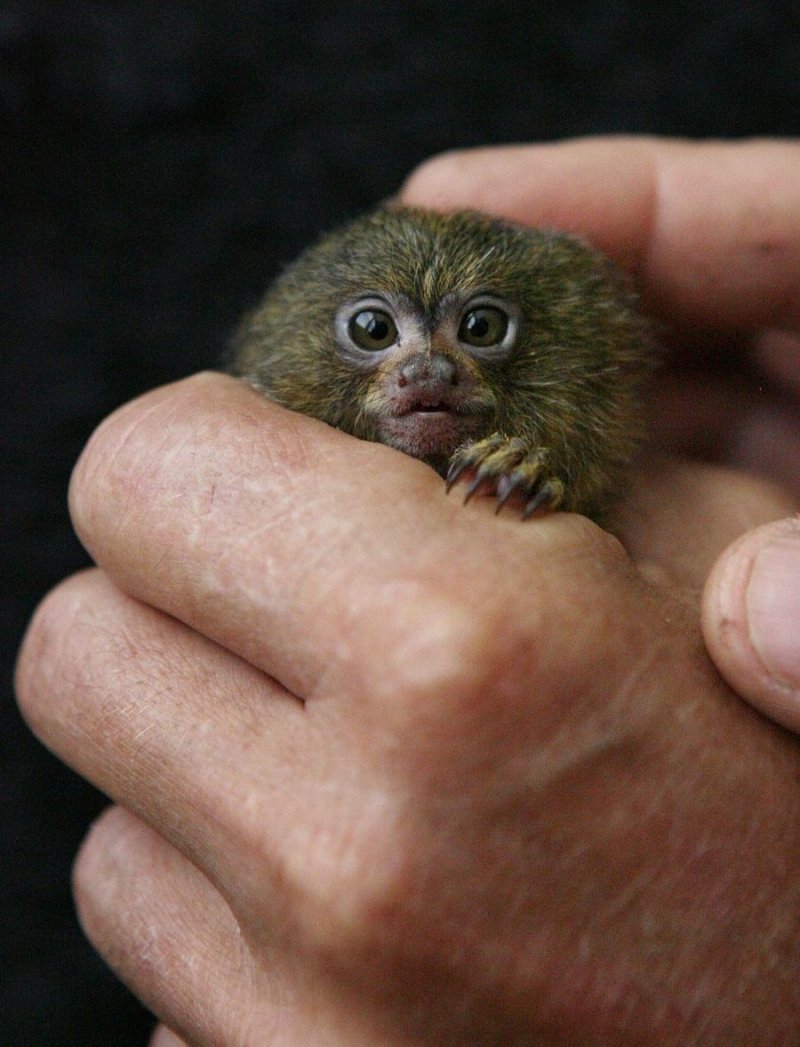 The most interesting thing is that marmosets are not the best mothers in the world. They give birth to cubs, which are then raised by the whole group. 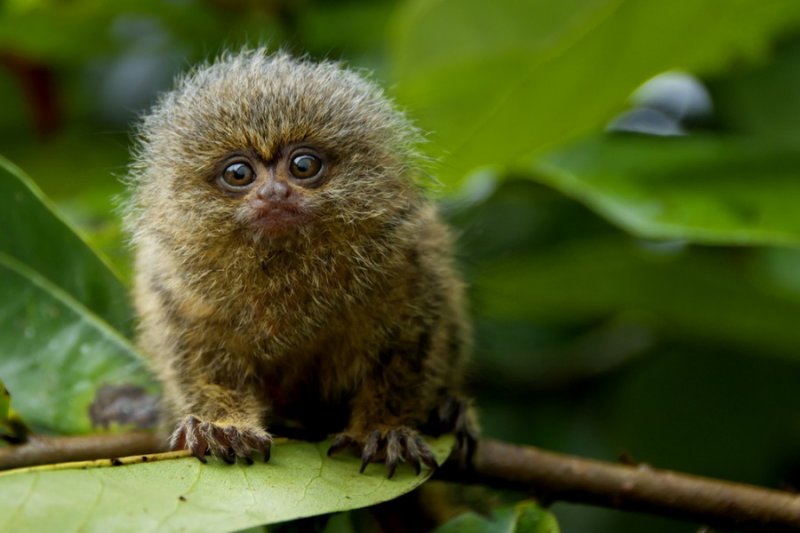