Dog devotion is incredible, both to a person and to his pair. Puppy upbringing is typically carried out by their mother. However, there are instances when fathers are also involved in the process and go to great lengths to ensure that their children grow up in safety and satiation.

It was in the Brazilian town of Cariasica. There are slightly more than 300,000 people living there. Cariasica has several veterinary clinics, and these events took place in one of them. Surveillance cameras near the clinic captured footage of a dog that refused to leave the entrance. She came under the door in the morning, as if realizing that there are people here who can help her.

Juan Aureu Rodriguez de Oliveira, a local veterinary doctor, decided to investigate what happened to the animal. The examination revealed that the dog is in the final stages of pregnancy and is getting ready to give birth. 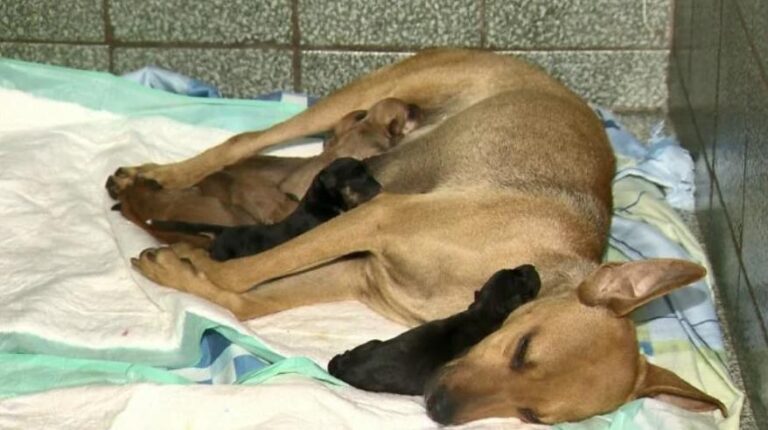 Amiga, as the animal was dubbed in the clinic, arrived at the clinic without its owners. She most likely did not have them because the dog lacked a chip and a collar. The dog gave birth to six healthy puppies on the vet’s table.

But the incredible events did not stop there. The second dog had been sitting next to the clinic for several hours. Doctors believe this is the father of the puppies, who waited patiently for his girlfriend. 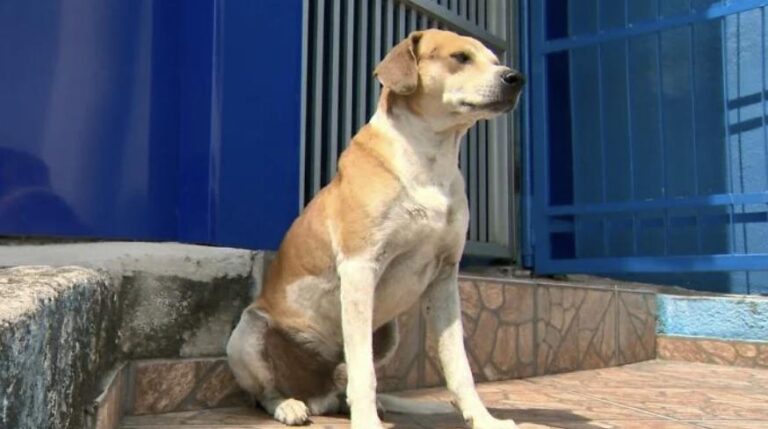 Veterinarians determined that releasing dogs with offspring back into the street is risky and can result in the death of babies.

As a result, Amiga, her children, and her lover are now in the clinic. Because all of the animals are in good health, they are now adapting. All dogs will be placed in good hands in the future.