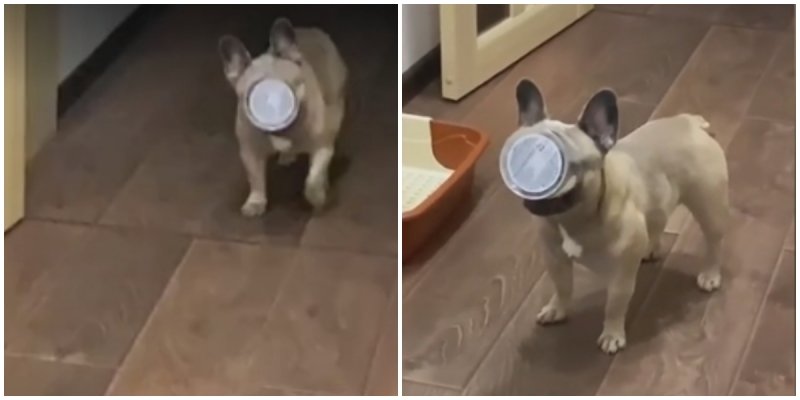 The dog discovered a plastic dish that totally covered his muzzle.

TikTok user anna_kerigan posted a hilarious video of herself with her French Bulldog. He got locked in a plastic dish he discovered someplace. The dish totally covered the dog’s muzzle, but he didn’t care.

A video of an ingenious bulldog has received over two million views, and the dog has become a star. Netizens laughed at his toy.