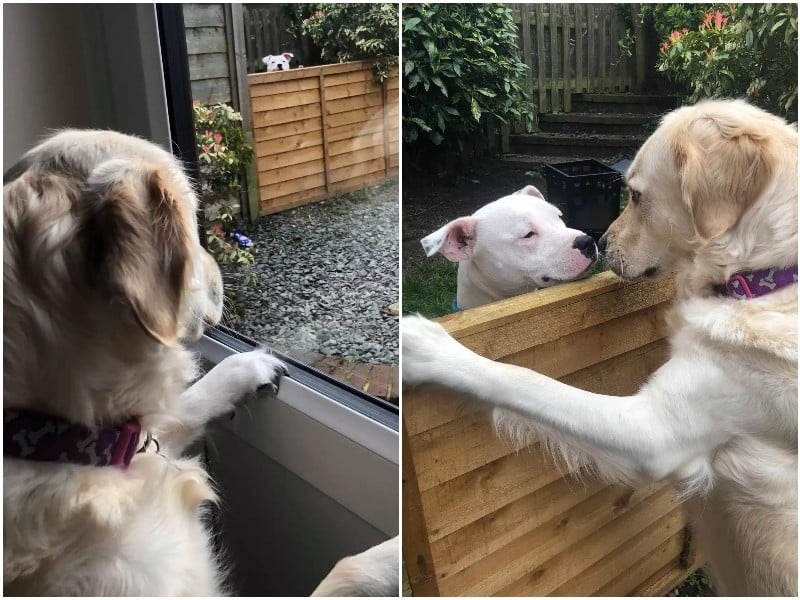 Love has a way of sneaking up on us when we least expect it! That is exactly what occurred to these two. When a female retriever called Lola and her owner moved to a new home, they were greeted by a neighbor’s dog. This is how the amazing story started.

Not long ago, a British woman named Amber Monte and her beloved dog, a golden retriever named Lola, moved into a new home. The new owners of the house were met by the neighbor’s dog, who was curious about the new dog neighbor. 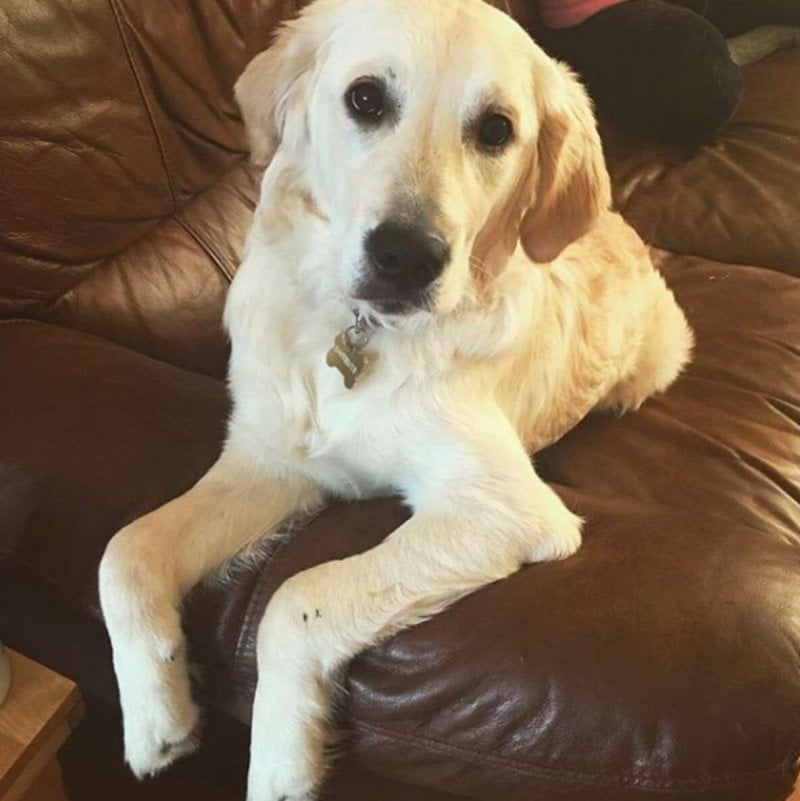 Loki, a Staffordshire Terrier owned by a neighbor, and Lola became fast friends. Despite being separated by a wooden fence, the pair quickly discovered a shared language. They always leaped on the fence, resting on their paws, staring out the window and shouting to one another. 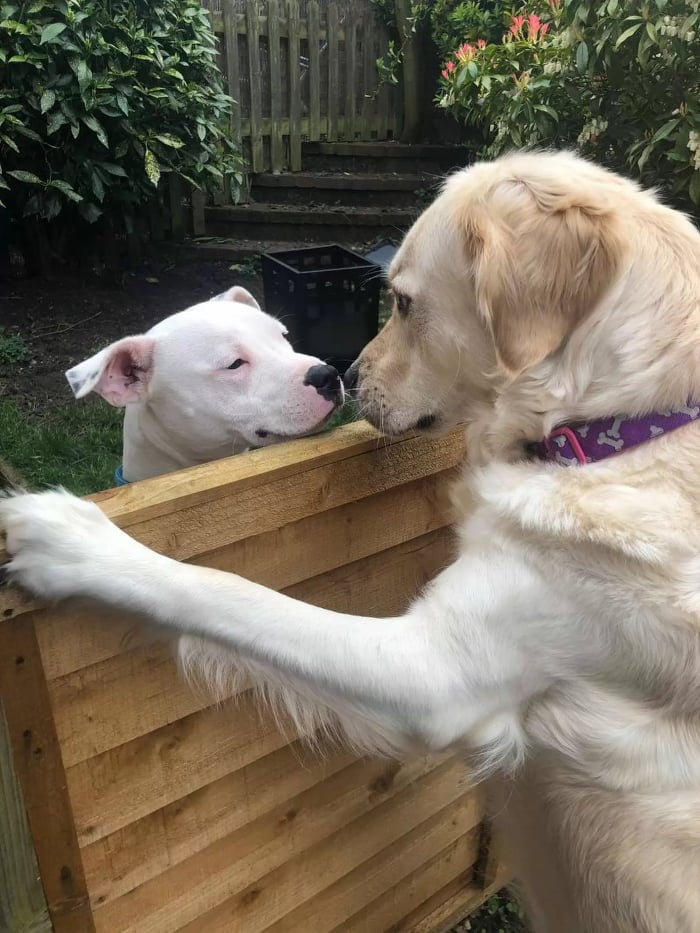 The owners initially assumed the dogs were merely buddies, but Lola’s owner began to observe changes in the dog’s behavior. Lola whimpered incessantly, her gaze fixed on Loki’s house, and she frequently requested to be taken out into the yard. She clearly became close to Loki and misses him terribly. 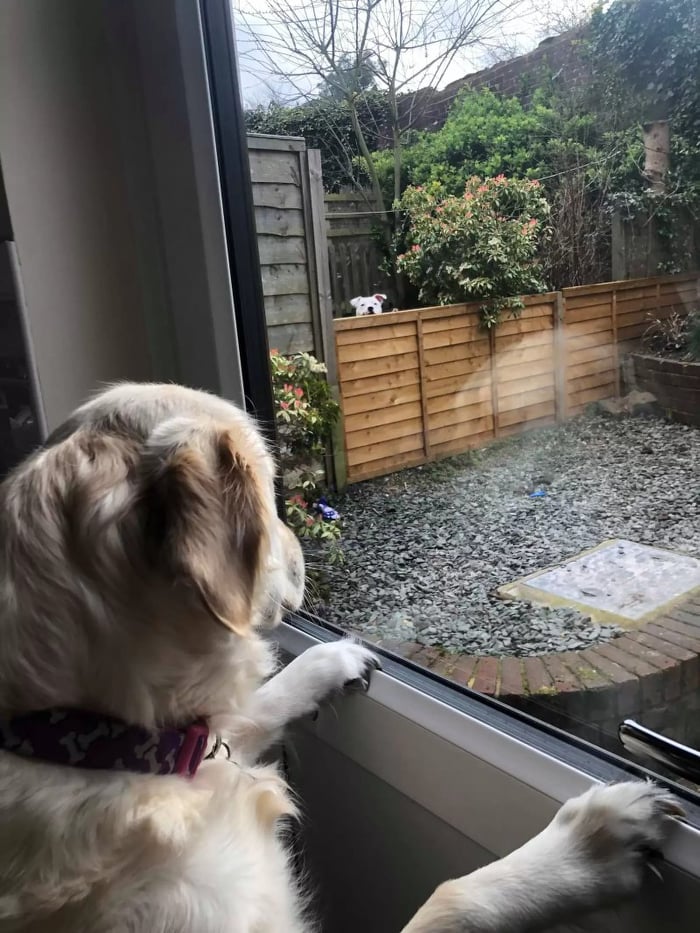 Lola ran to the fence first thing in the morning to see whether Loki was there and say hello, or vice versa. Since then, the owners have started taking the dogs on joint walks, which the dogs love.They have a great time together! 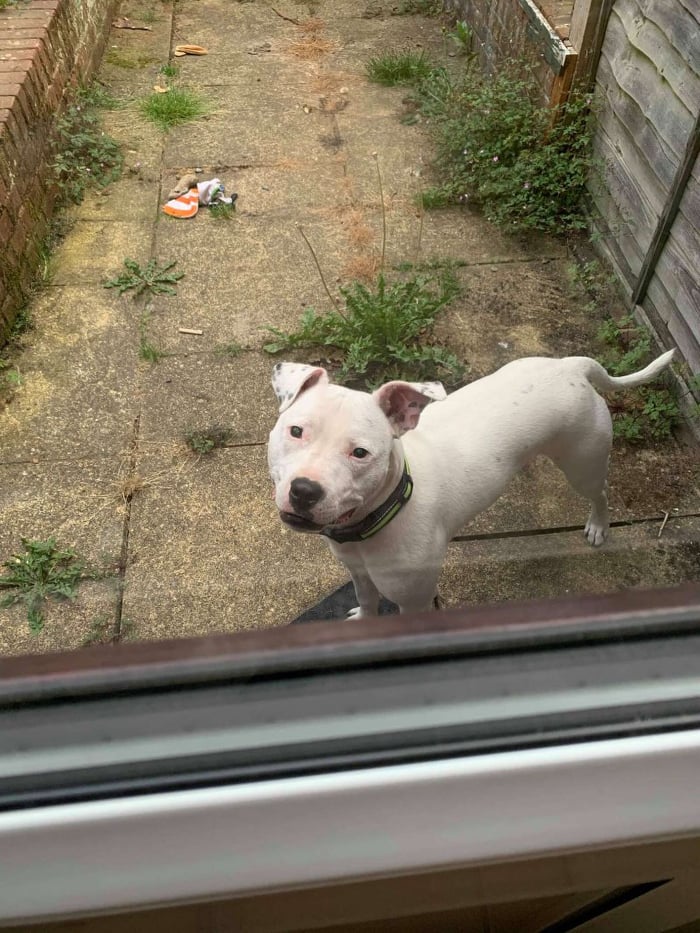 “When they play together, they are usually in a good mood. They leap, run, kiss, and are just connected!” According to Lola’s owner. Looking at this couple, it’s easy to think that real love isn’t frightened of any obstacles, including a fence!