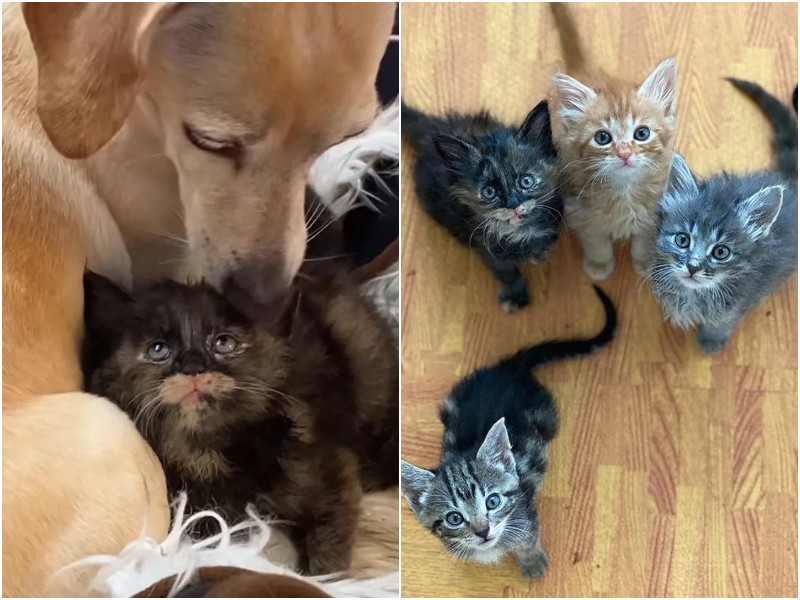 Five little kittens were found on the street without a mother, and they really needed love and maternal warmth. When they were introduced to a dog named Kona at the foster home, they received this love in double the amount!

Last month, five little kittens were found on the street without a mother. Kind people immediately brought the babies to the Animal Welfare League shelter in Arlington County, USA. There they were taken care of and sent to foster care. 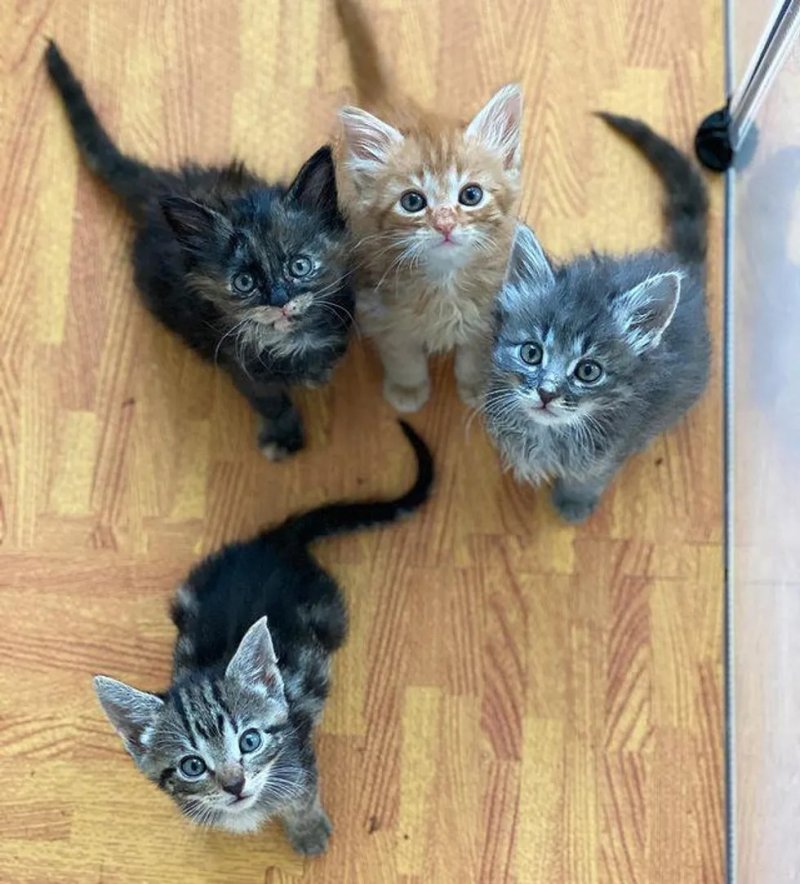 Despite the fact that the kittens lived on the street and lost their mother, they were not at all afraid of people. They were curious and comfortable in their new temporary home. They studied every corner and quickly recovered. 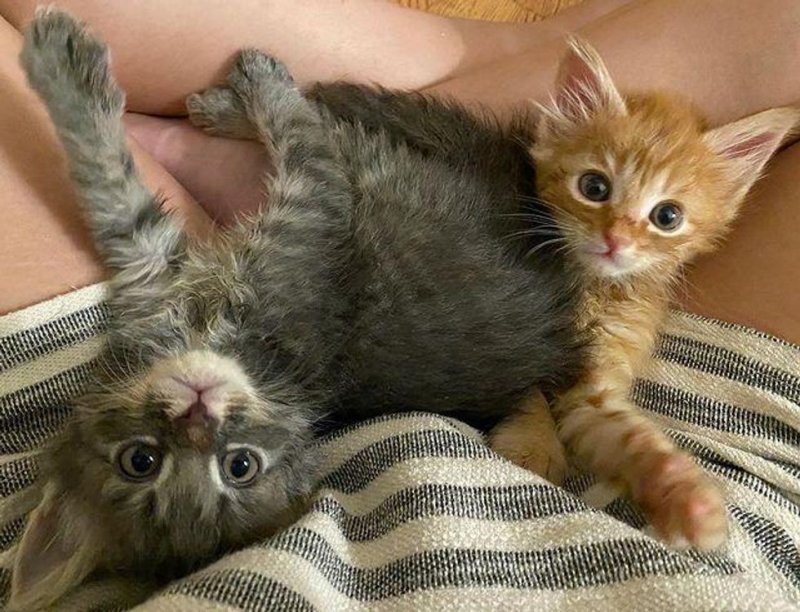 The kids turned out to be very sweet and affectionate – they constantly demanded the attention of the guardian. Then she decided it was time to introduce the kittens to her pet dog. 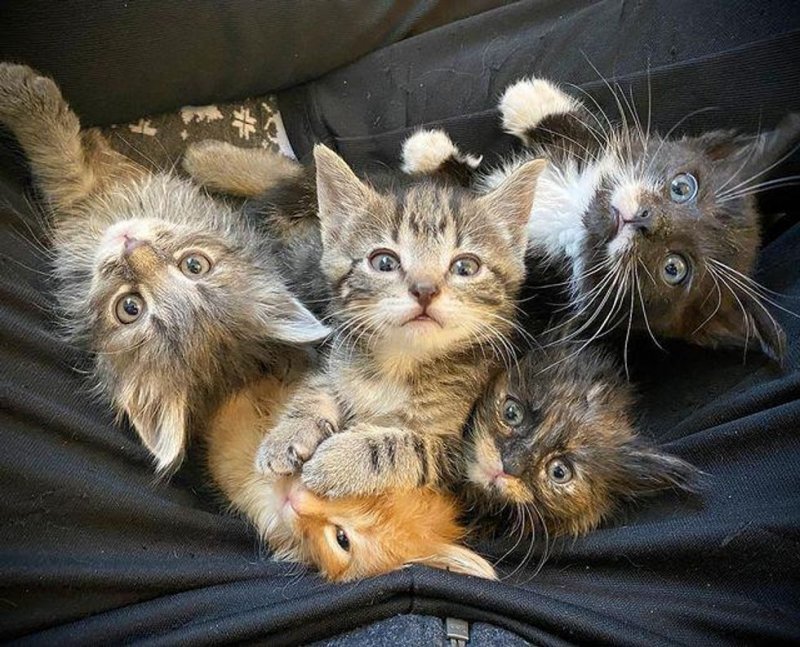 An 8-year-old dog named Kona loves kittens. She takes care of everyone whom the owner brings to overexposure as if they were her children. Feeling that these five babies also needed love, Kona rushed to take care of them. 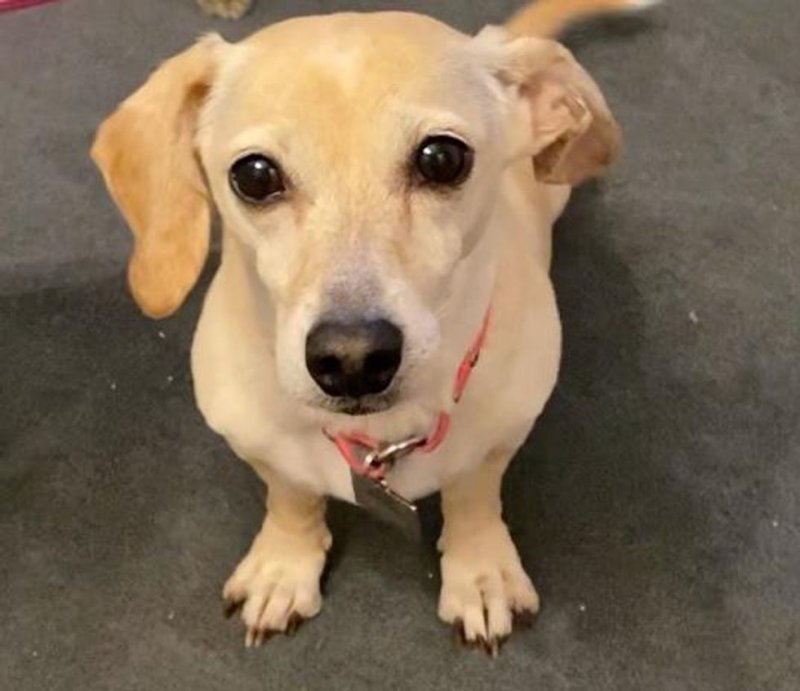 When Kona first saw the babies, she happily wagged her tail and began to lick them. The kittens immediately fell in love with their “foster mother” – they began to play with her, climb on her, and sleep next to her. 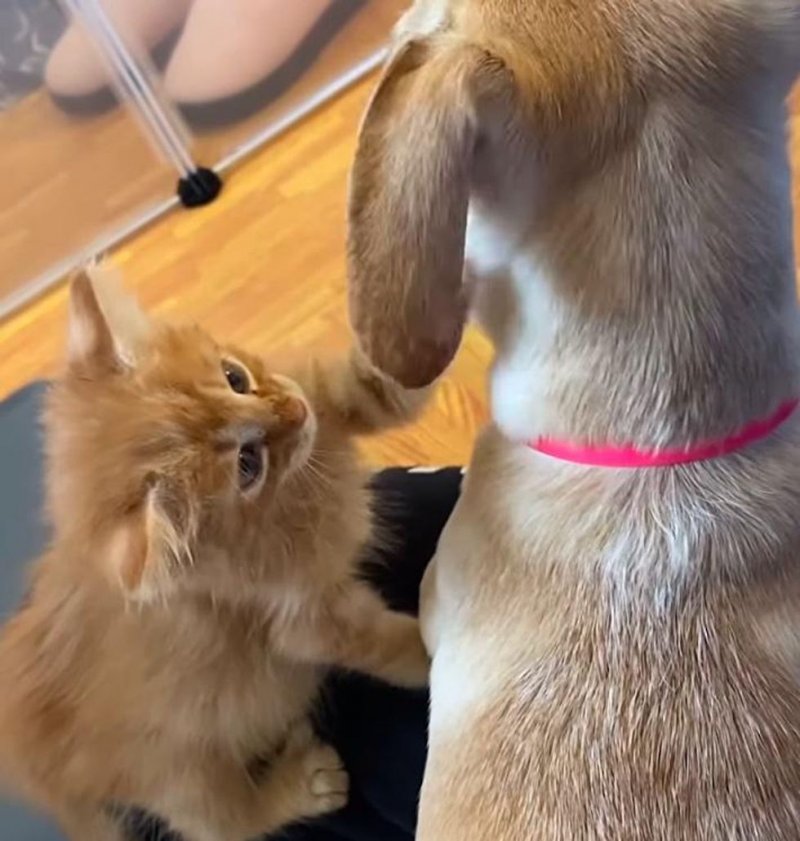 Most of all, Kona loves a red kitten – they have a special bond with the dog. They can lie together for a long time and hug, enjoying each other’s company. Charming picture! 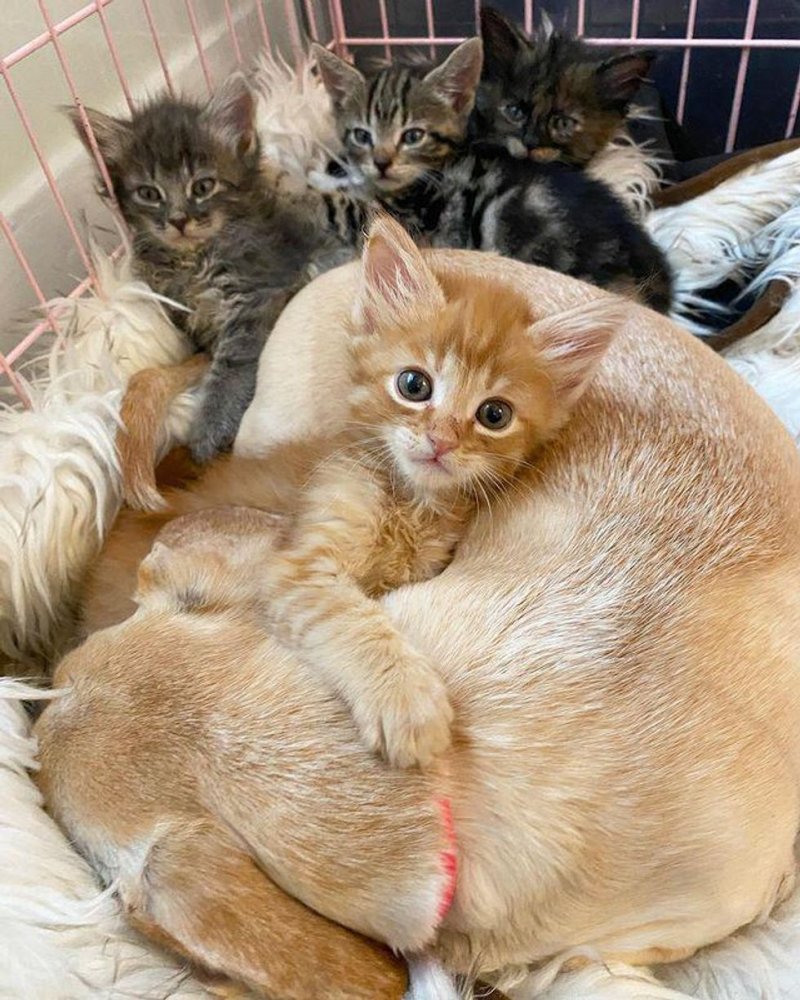 When the kittens grow up, they will find permanent owners for them. And the caring Kona will stay and continue to take care of the kids who need her love so much. 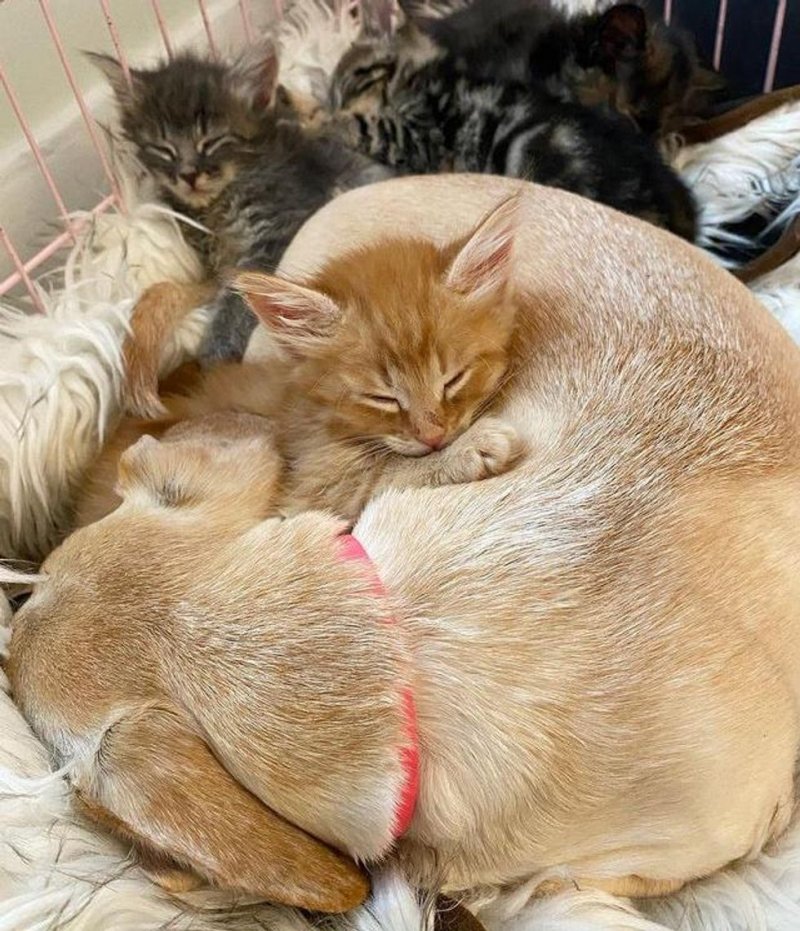 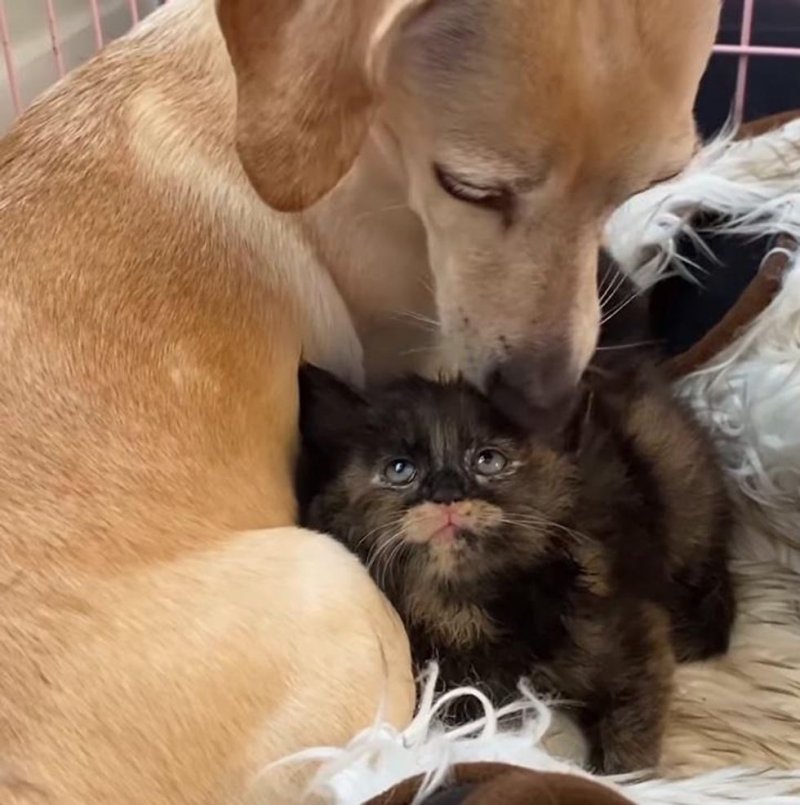 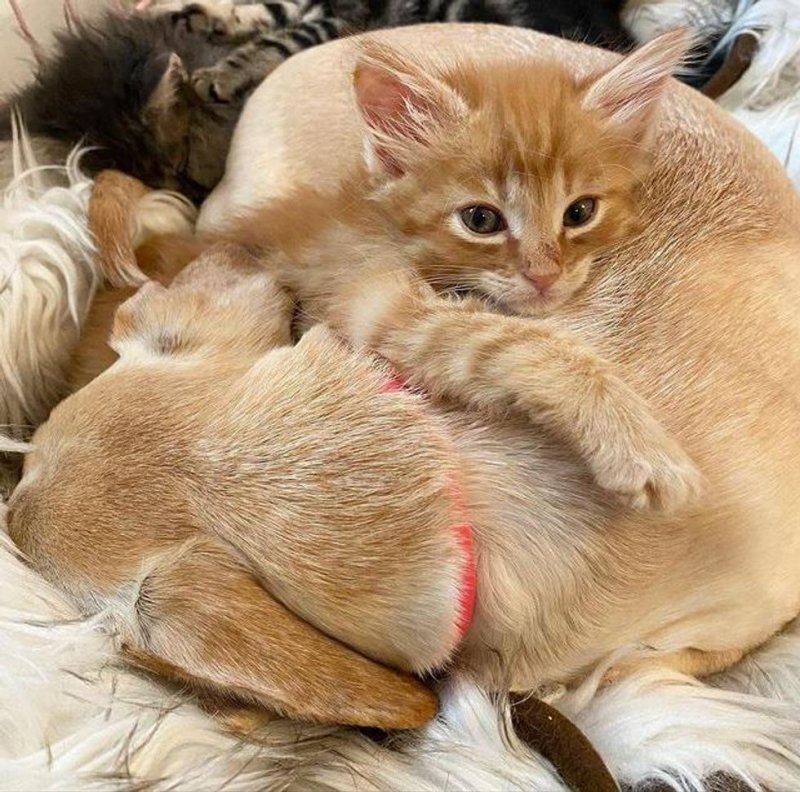