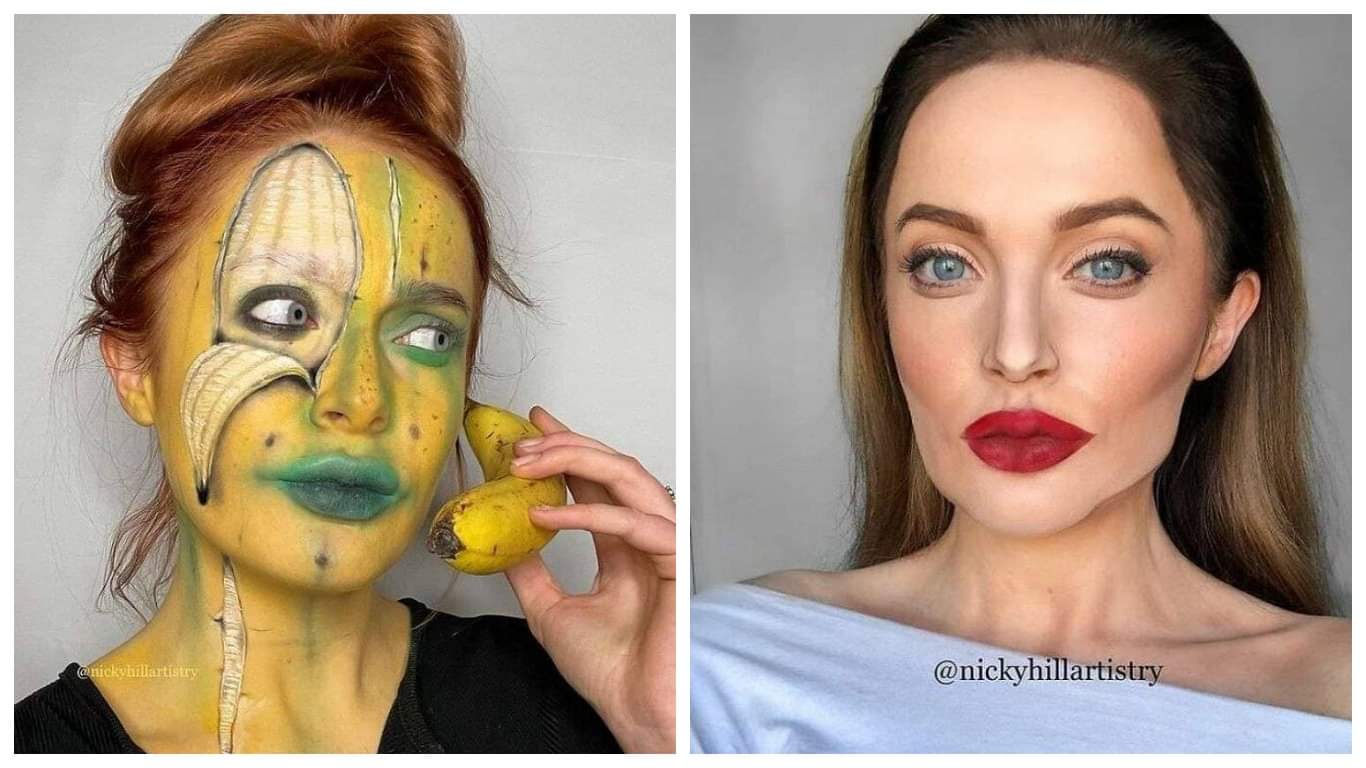 Niki Hill is an incredibly talented and creative 27-year-old British woman who is known not only in her homeland but also in many other countries.

She has a unique talent – with the help of makeup to demonstrate breathtaking transformations, dizzying optical illusions, and a wide variety of images. 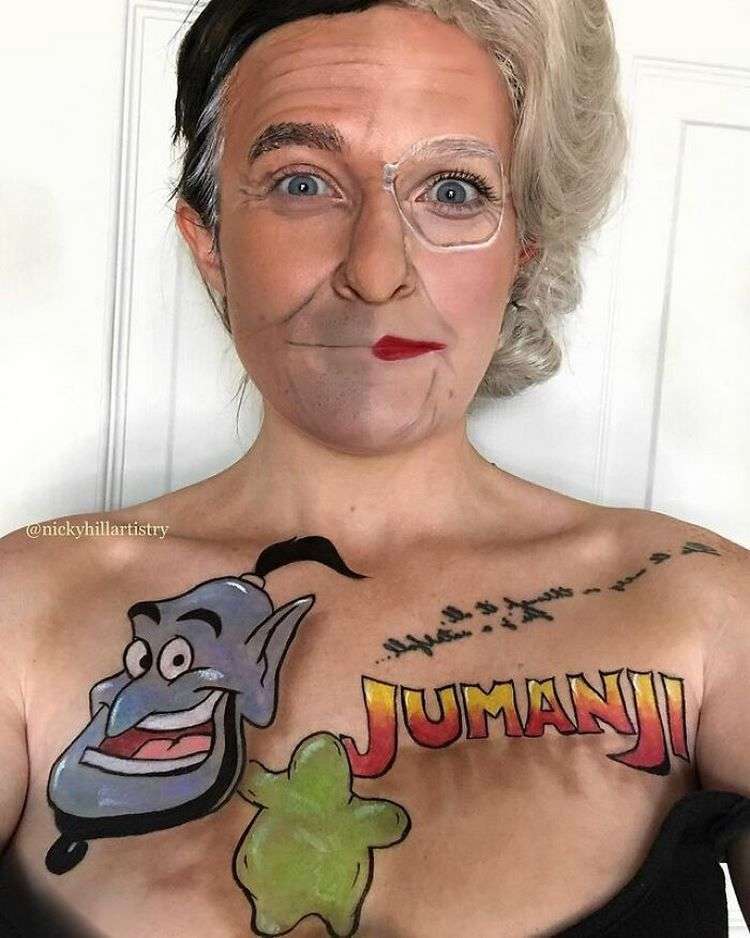 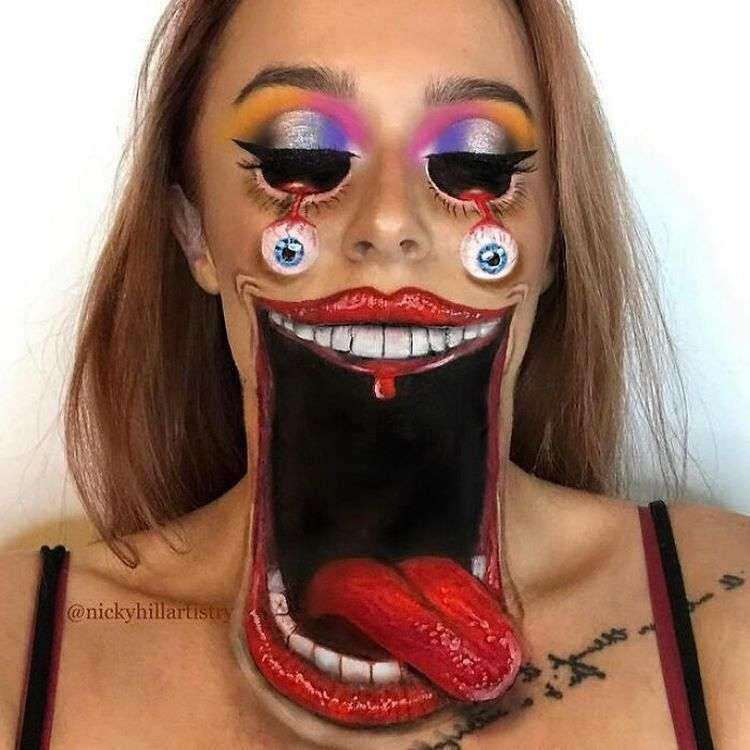 Niki has been doing make-up for seven years, and she is a real self-taught. Hill trained on her own face, through trial and error. The girl herself admits that her creative path was quite long and difficult. Although creativity has always attracted Niki, initially she did not understand how it was possible to realize herself by creating makeup. 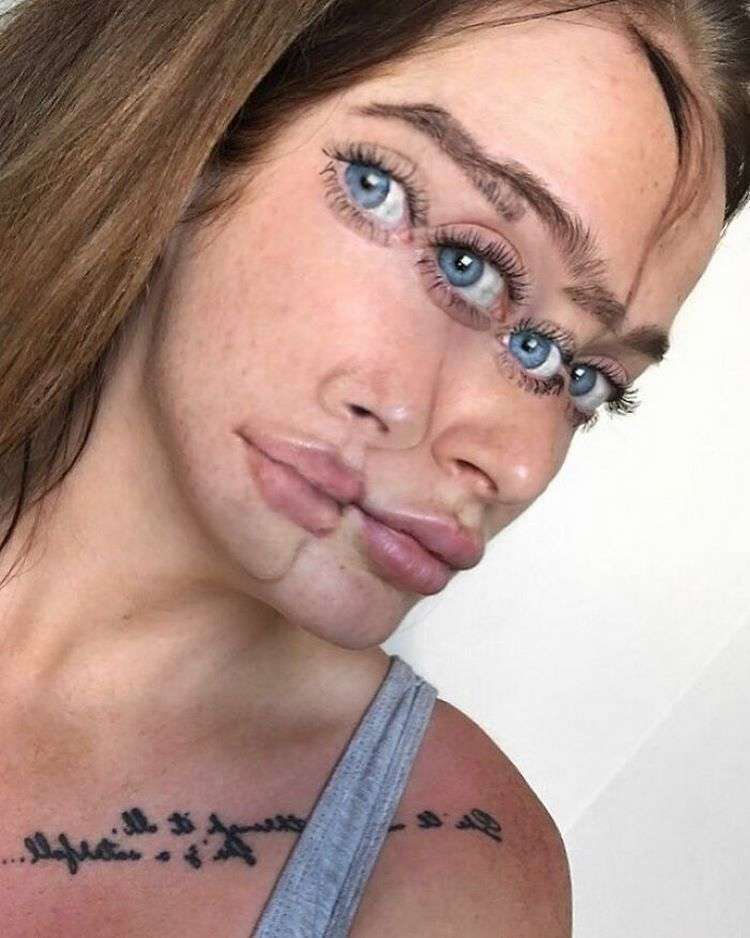 But gradually, Nicki began to introduce creativity and an artistic component into her make-up. And the application of cosmetics has turned into the creation of amazing masterpieces. Today, Hill can not only transform into any person (for this she is sometimes called a “professional werewolf”) but also create optical illusions that excite the imagination. 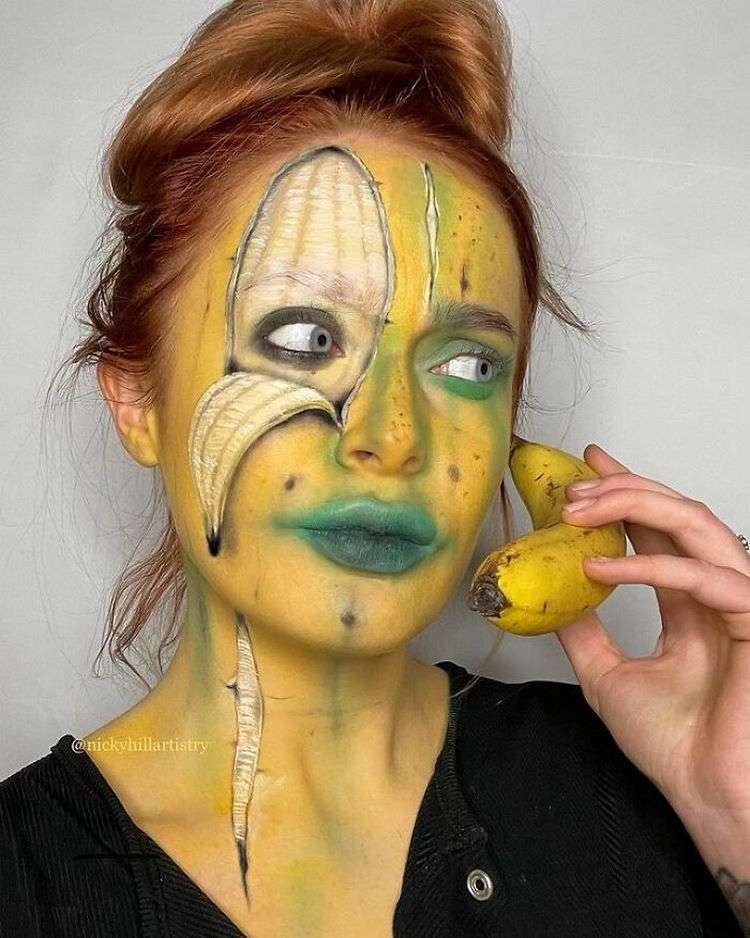 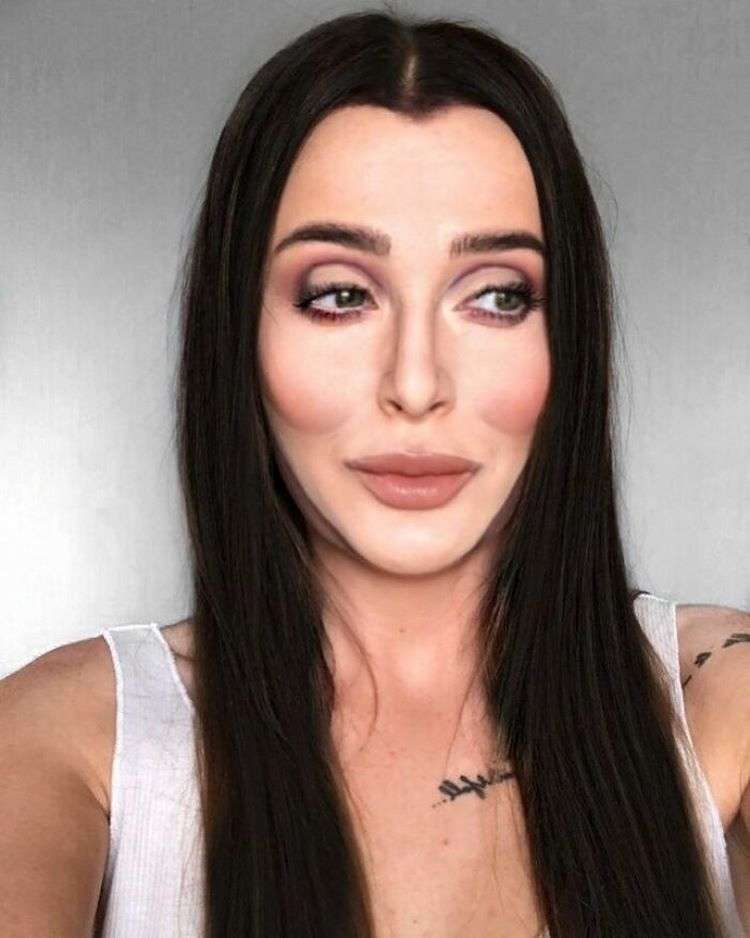 For the first time, one of Nika’s works went viral and spread all over the world a few years ago, but then the girl could not confirm her authorship, because she did not know how to apply watermarks. 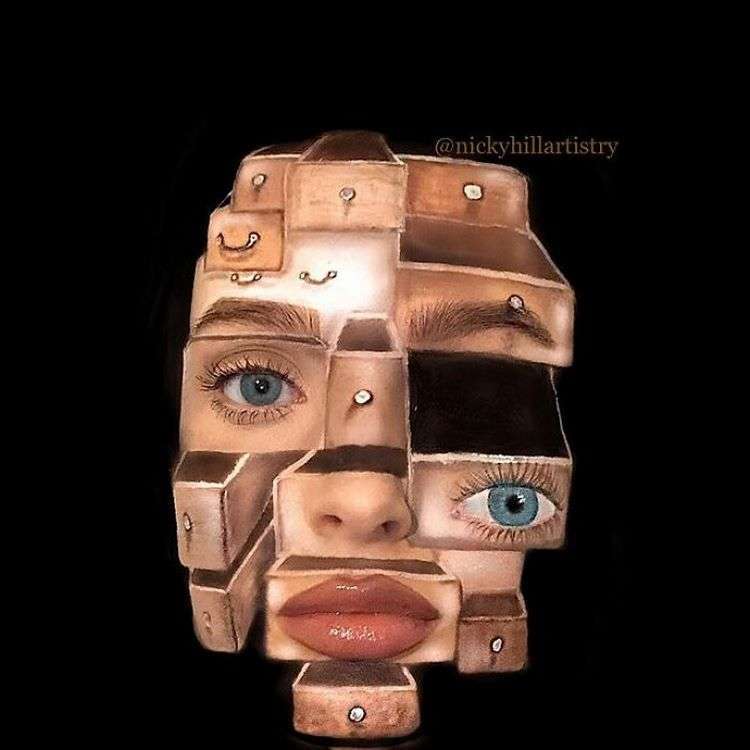 This confused Hill and knocked him out of the field for a while. But then friends convinced the girl that she could create and express herself in this way. Niki listened to close people and began to act. And she shows many of her works to her partner Adam, who is always honest and objective. 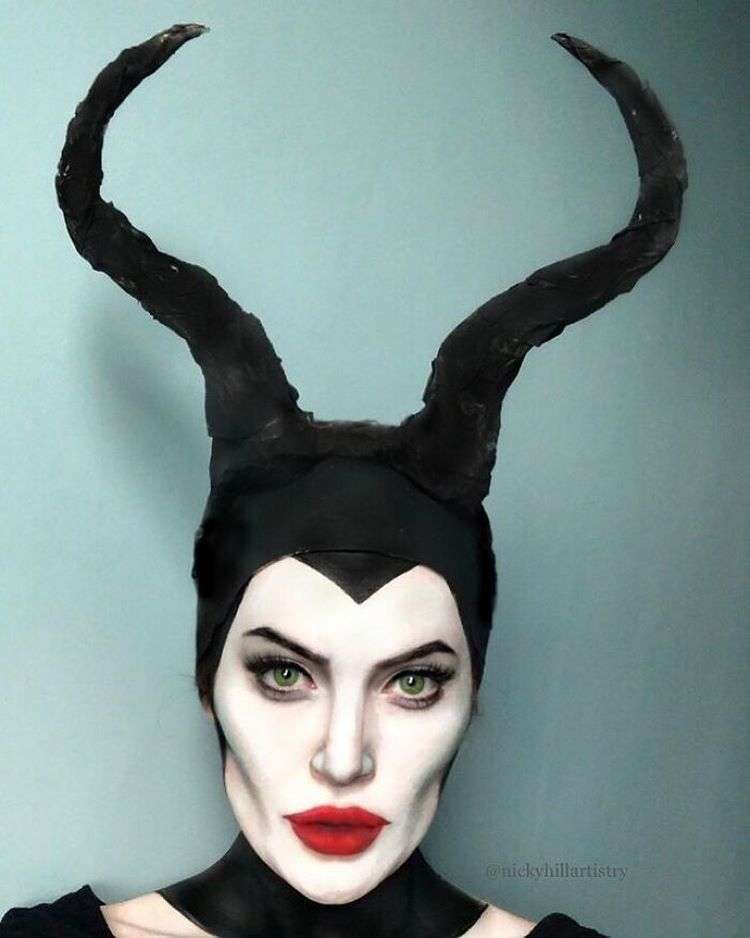 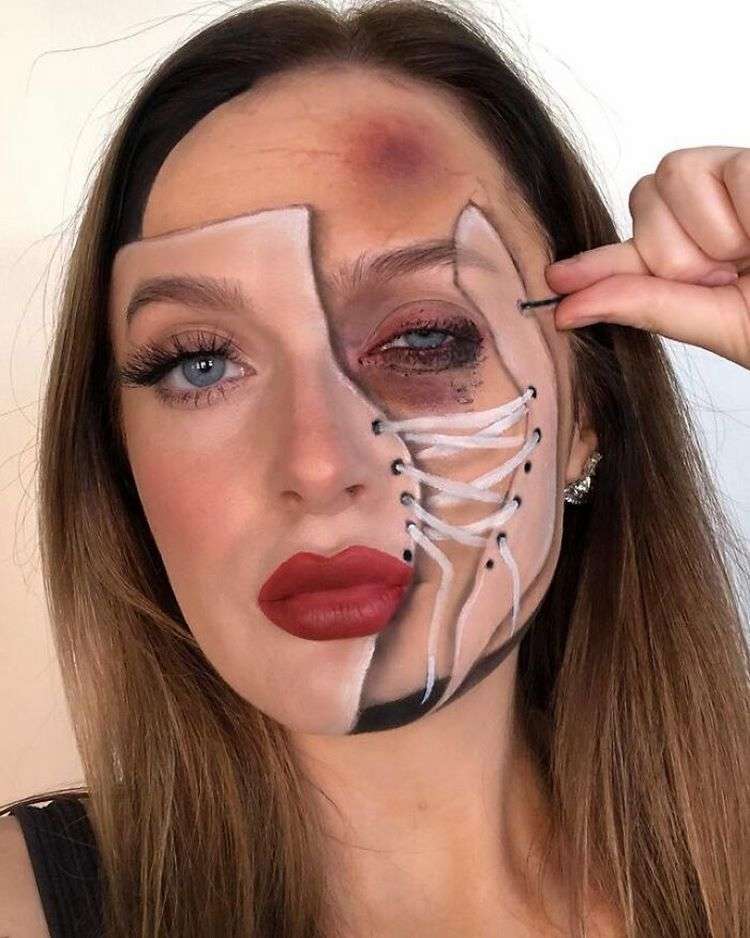 Today Nika has about 12 thousand subscribers on social networks. During self-isolation due to the coronavirus pandemic, she improved her skills and honed her talent. While she demonstrates her work on the Internet, after the restrictions are lifted, she plans to transform into a star and go out in this form for a walk through the streets.