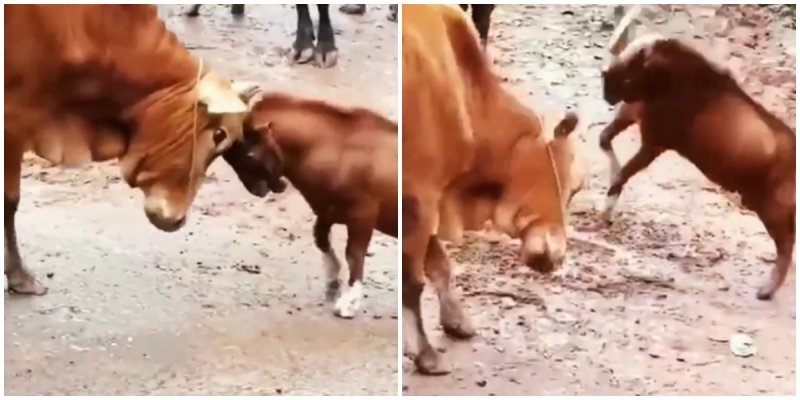 Looks like it was a bad idea to face off against a cow. The goat learned this from experience.

The video showed a confrontation between a cow and a young goat. The goat decided to wrestle with the cow, but the outcome was clear anyway. The cow is already much larger than the goat, and her victory is impeccable.

In fact, the video is not a fight or a quarrel. We will now find out why goats butt heads. 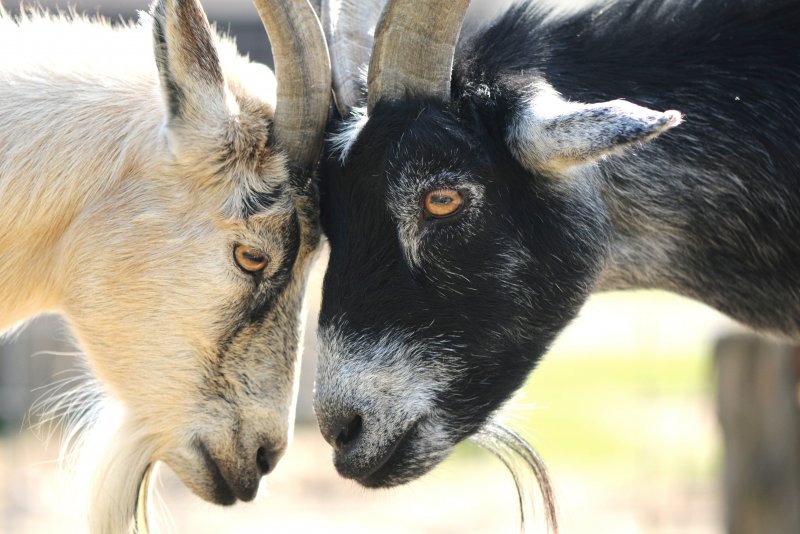 Actually, there are several reasons for this. The first, and most obvious, is a rivalry between males. The goats hit their horns so hard that this knock is heard throughout the area. Most often, the strongest male wins. The skull of the goat is so strong that it can easily withstand these blows. 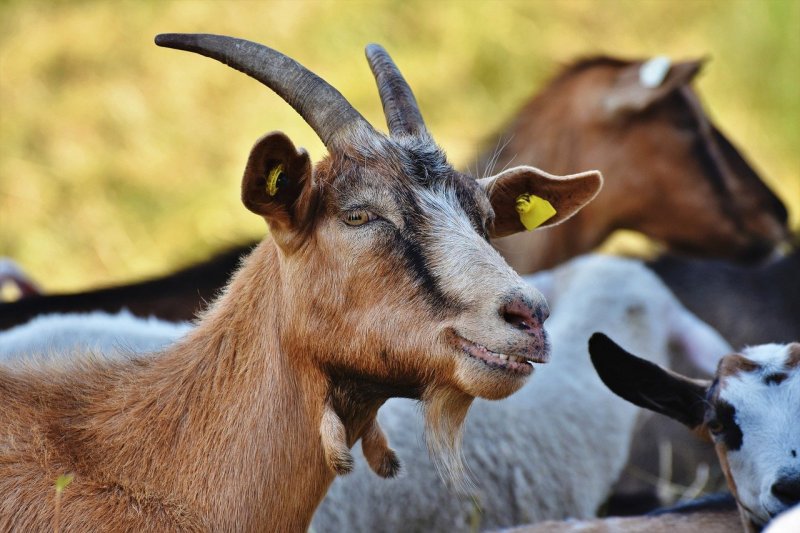 Not only males butt. Females can also butt each other and with males. You can’t call it a quarrel. It is a kind of language of communication between animals. This is how disputes are resolved, and it can also be a game. 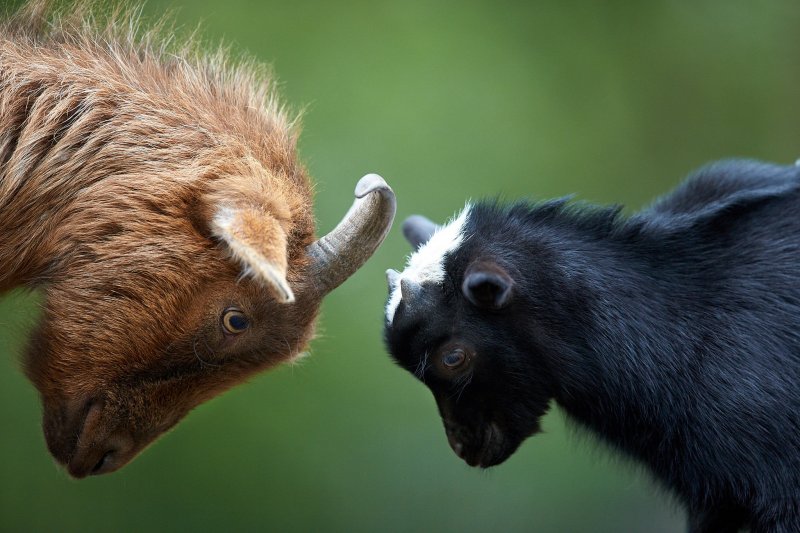 Even traguss butt each other. For kids, it’s just a game that prepares them for adulthood.