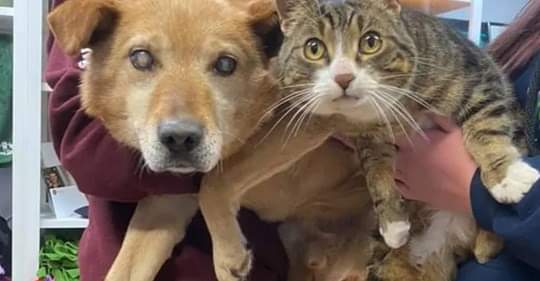 There was once an unusual and poignant duo in the Canadian animal sanctuary Saving Grace Animal Society in Alberta: eight-year-old canine Spike and the most ordinary cat Max. And everything would be good, except for Spike’s blindness.

And the most ordinary cat, with no pedigree, agreed to be Spike’s guide. They were seized from their prior owner, who did not fulfill his responsibilities in caring for them and ended up at the Saving Grace Animal Society.

And the neighbors were drawn to this pair because they saw Spike and Max living in an open enclosure that was only partially covered by a roof. And it was really chilly in the winter. As a result, they simply slept, clinging to one other for warmth. Even after they were carried away, they fled this hostile environment shoulder to shoulder.

Volunteers have already noticed that the dog and the cat are very close and that Max does not leave the dog at all, leading him along the safest routes and assisting him in space with the help of nonverbal signs that they have long developed between them: short or long purring, splashing or pawing, long “Meow” or hiss. 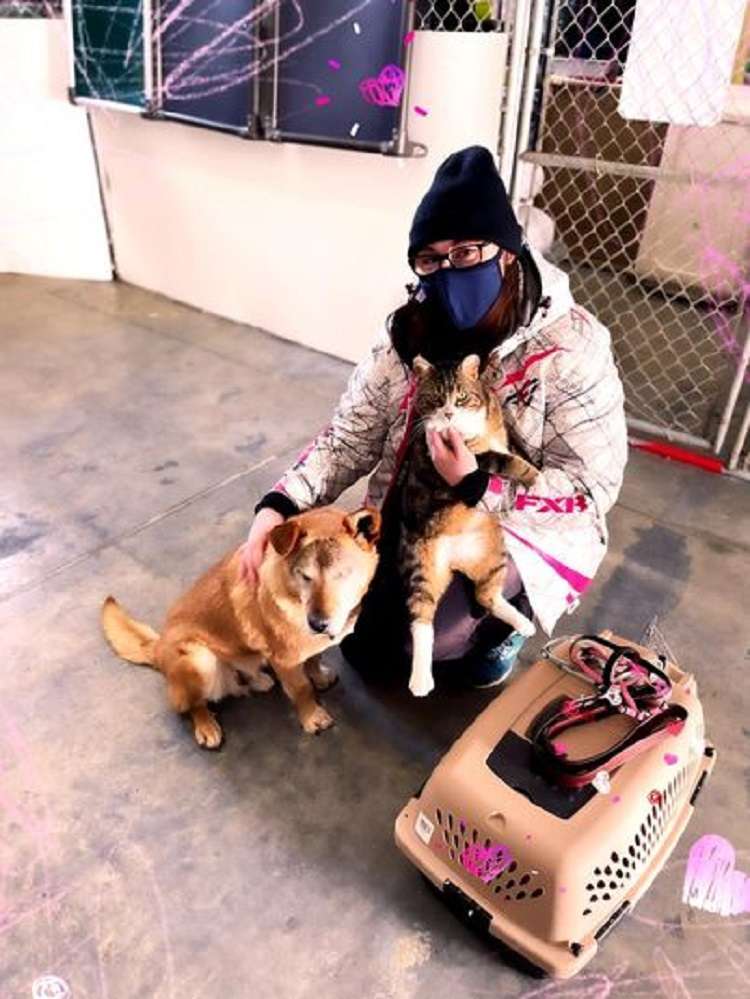 As a result, when the subject of an annex arose, there was no alternative way to avoid separating the visually handicapped from his volunteer guide. When a photo of this couple was uploaded on the Internet, offers to arrange custody began to pour in almost immediately. The best candidate was picked based on the competition results, and Spike and Max ultimately shifted their place of abode, having discovered their House and their Person.

They now understand what human care entails, and, most importantly, they will remain connected.