Animals also have a few brains, which is why they also go dumb like people when the situation begins to develop in an unusual way. An example of this is a video from user Garybob, who watched a hawk trying to hunt a duck figurine – a decoration for the garden.

Yep, got it! Fat, tasty, and such a stupid duck! Didn’t get to leave, did you? 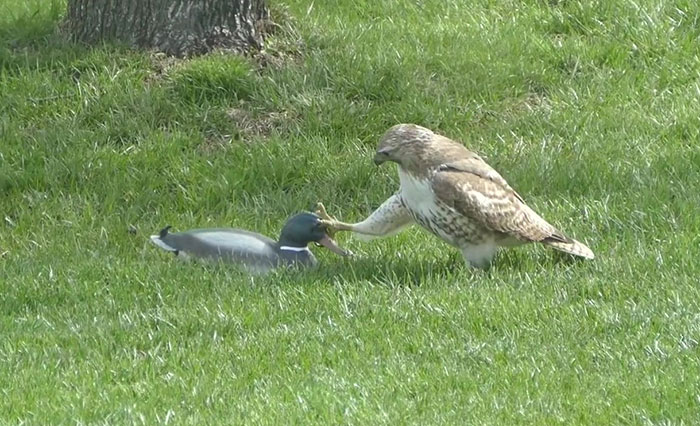 Umm, what’s wrong with you? Died of fear? 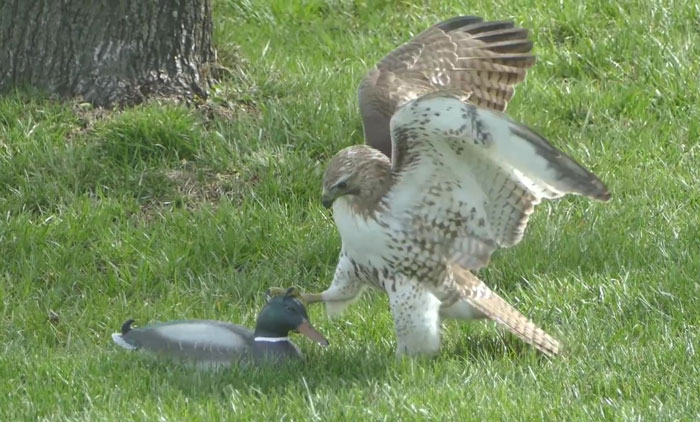 “Something is not right here,” thought the hawk. 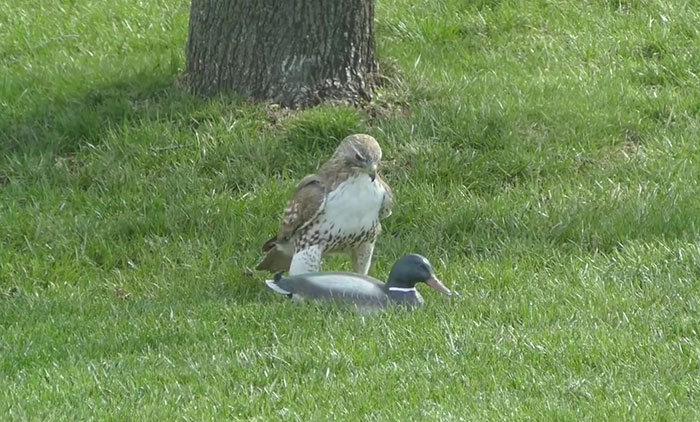 The hawk was at first so pleased with the easy prey that he did not pay attention to the oddities in the behavior of the “duck”. He was more afraid that one of the rivals could take away the treasured food – he was turning his head in all directions! But with every second, the bird of prey began to suspect more and more that it was the wrong duck! What the heck?

I grabbed you again! Hey, why aren’t you responding?!

This is not lunch, but some kind of misunderstanding! 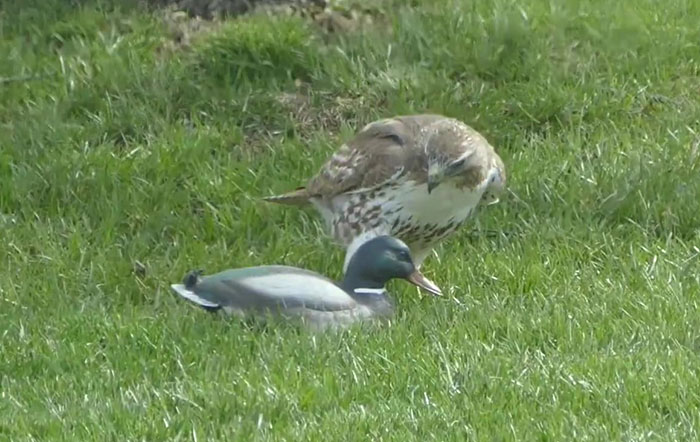 Not immediately, but it dawned on the hawk that it would not be possible to eat.