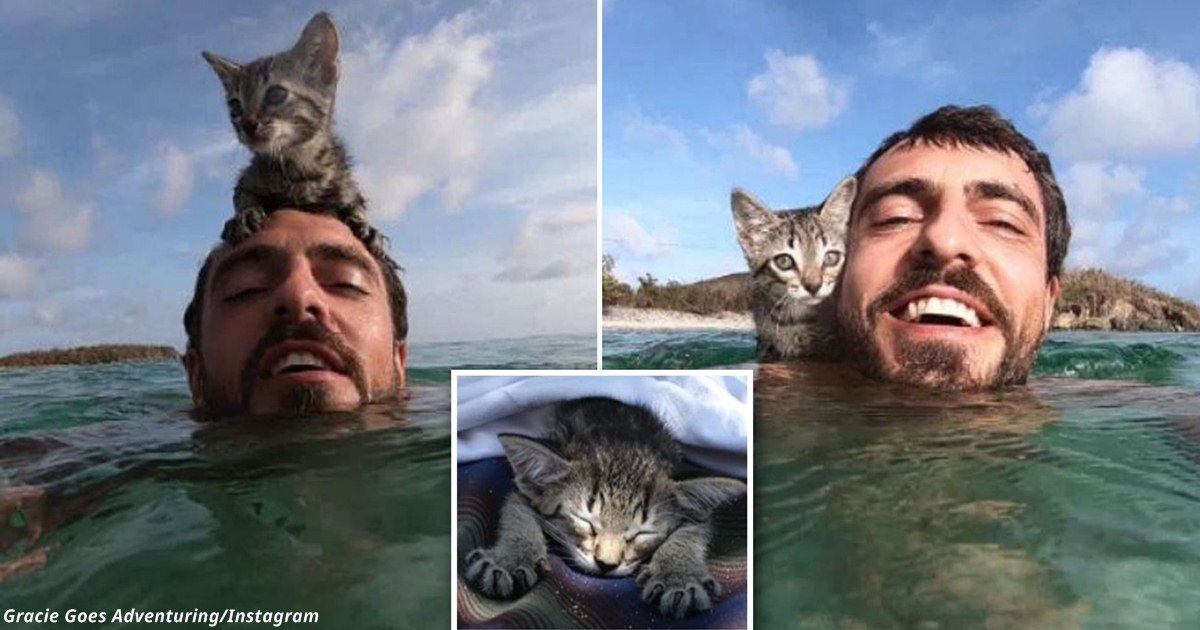 One cat owner posted a video of his little kitten following him to the shore and swimming with him in the ocean, thus captivating half the Internet.

Mike Asher from Saint John Island (U.S. Virgin Islands) has a cat named Gracie. He says he figured out pretty quickly that Gracie can swim.

“She always wanted to be with me everywhere, no matter what I did,” says Mike. 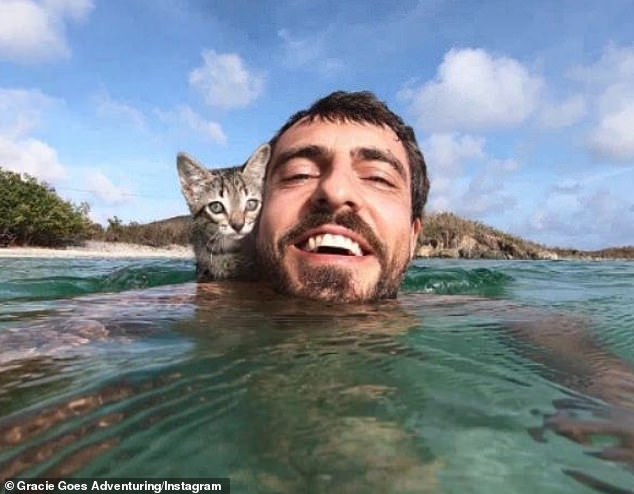 He found Gracie when she was only five weeks old. She hid in a hole in the wall. It was obvious that the kitten was left alone, and Mike picked him up.

“I needed a satellite,” Mike explained. ” And she was left without a mother, without a family. It was destiny.” 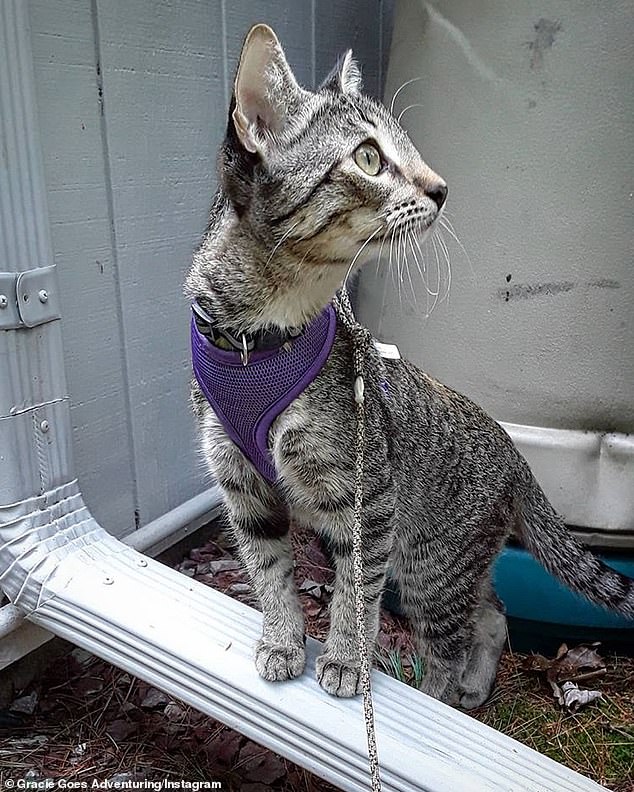 Mike leads a fairly active lifestyle, so he was sorry to leave Gracie locked up for the whole day. And the cat learned to walk with him.

She even swims with him in the ocean!

“When I take her out for a swim, I always lay out the towel beforehand,” says Mike. “She goes straight to the towel. I heat a bottle of water in the sun and wash it.”

Mike always thoroughly rinses off Gracie’s saltwater after swimming in the ocean. 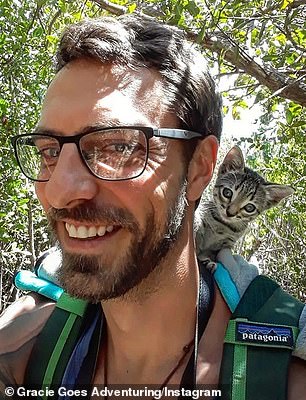 In addition to swimming with the owner, Gracie loves to climb trees and run along the beach.

“When I have free time, I always take her to the beach,” says Mike. “She runs along the beach with me. She’s getting smarter every day.”

Mike admits that Gracie made him a “cat daddy”: she even created a separate Instagram account dedicated to her adventures on the island.

“When she appeared in my life, I immediately understood: this is mine,” he says. 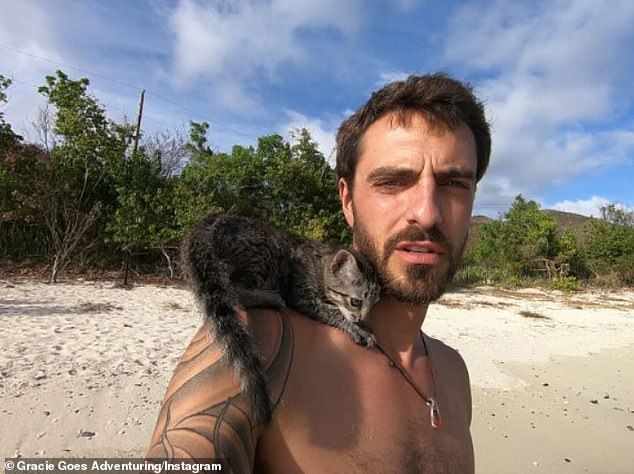 Mike has a girlfriend, Erica, who lives in San Diego, California, and is also very fond of Gracie (and not at all jealous!). On her Instagram, she also posts pictures with a celebrity cat. 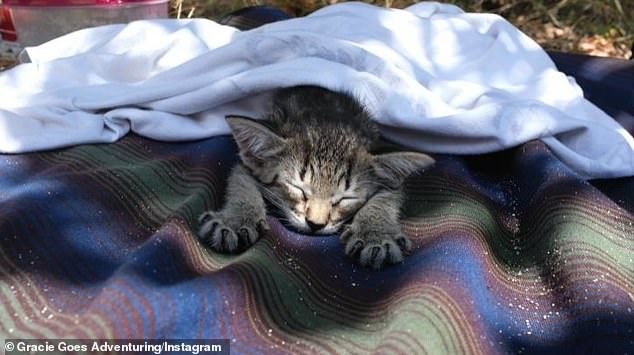 Have you ever seen such sea cats?