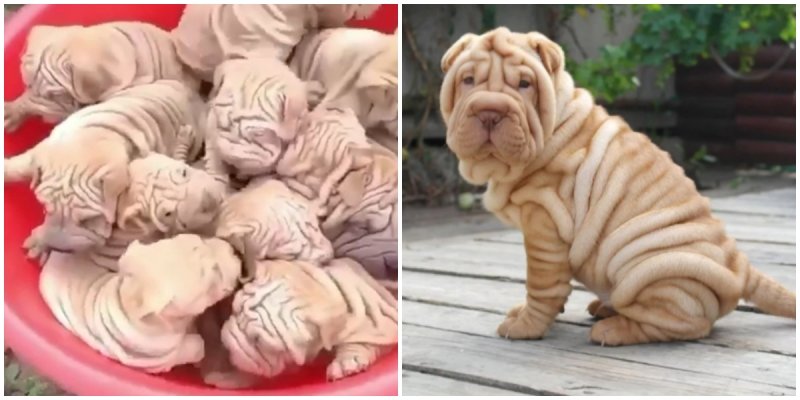 Sharpei were originally working dogs that served as a watchman, shepherds, herd guards, and hunters. Sharpeis are the prettiest pets right now.

The Sharpei was developed in China. This dog is tough to ignore: they are famous for their hair and skin folds. These dogs have blue tongues, similar to Chow Chows. These are very clever dogs who were originally great guard dogs and hunters. Sharpei puppies are really endearing. They appear to be dumplings folded into a basin in this video.

Sharpeis, contrary to common opinion, are not the most gentle dogs. They may be violent despite their soft look.