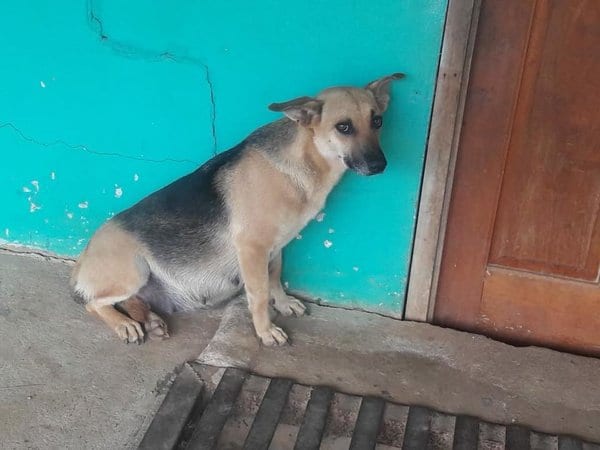 We have already told the story of a girl, Tanya Cappelluti from Costa Rica, who founded the Charlie’s Angels Animal Rescue Society. For several years of its existence, more than a thousand homeless animals have already been saved, who have undergone a rehabilitation course and found a family.

This time, Tanya was informed that a pregnant dog had been sitting at the door of one of the houses for almost a month and was waiting for its owners. And they left for good and left her at the house.

Tanya went to the indicated address and found this lost animal, which did not understand what had happened. The owners did not even leave a bowl for water and food, and it is not clear what the pregnant dog ate.

The girl fed the dog, came up with the name Marie for her, and immediately began looking for a home for her since childbirth could begin in the very near future. Her friend Wynn McKee agreed to take Marie in with her.

Winn built a cozy corner for the expectant mother and looked after her well. 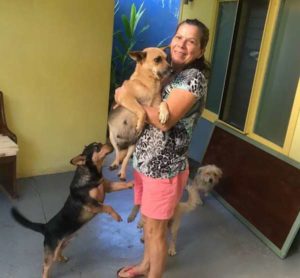 After 5 days, Marie gave birth to 7 wonderful puppies. She became a good mother and the kids are growing fast. They are already looking for families for them, and Marie Winn herself decided to keep herself – she really liked this calm and intelligent dog. 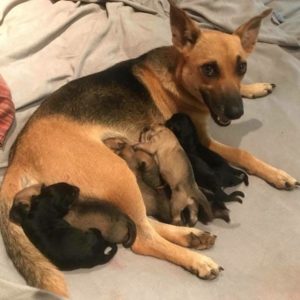