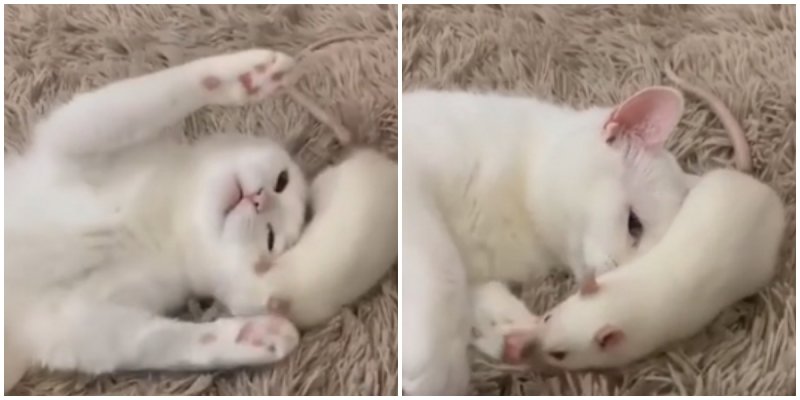 It just so happened that mice and rats are included in the diet of cats. However, this does not prevent them from being friends with each other. Domestic cats often make friends with rodents.

The main characters of this video once again confirm that the enmity between rats and cats is a myth. In just five weeks, the snow-white pets became indistinct. The owner of friends said that all day long his pets hug, play with each other, and never quarreled.