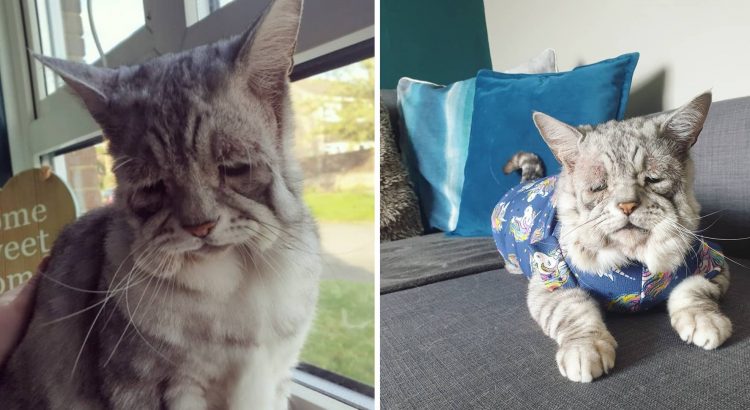 One of the most popular posts on the Reddit forum was a photo of a “sad” cat. Looking at him, it seems that this is the most ancient cat in the world, but this is not at all the case. The fact is that Toby – that’s the name of the new celebrity – has a rare congenital disease. 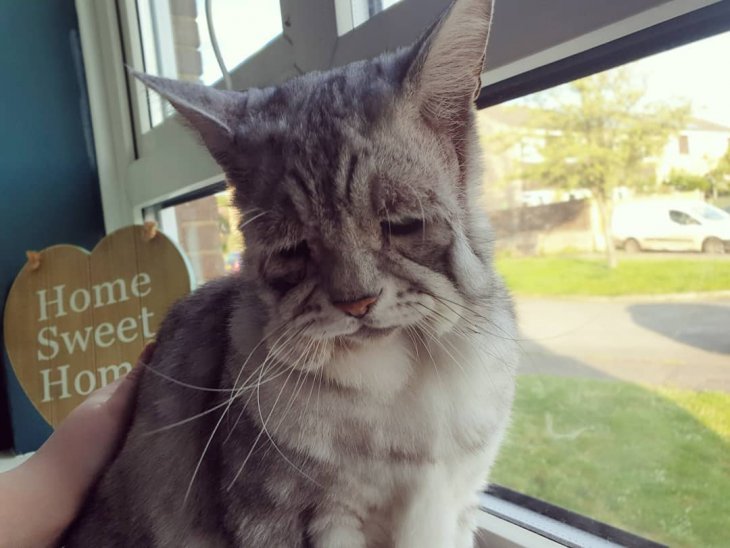 An unusual pet lives in the English city of Stroud, Gloucestershire. He came to his owners, Georgina Price and Christopher Lardner, in 2018. Shortly before this, a cat named Herbie died among the young people, who at that time were the bride and groom. The couple adopted their first pet from a shelter. 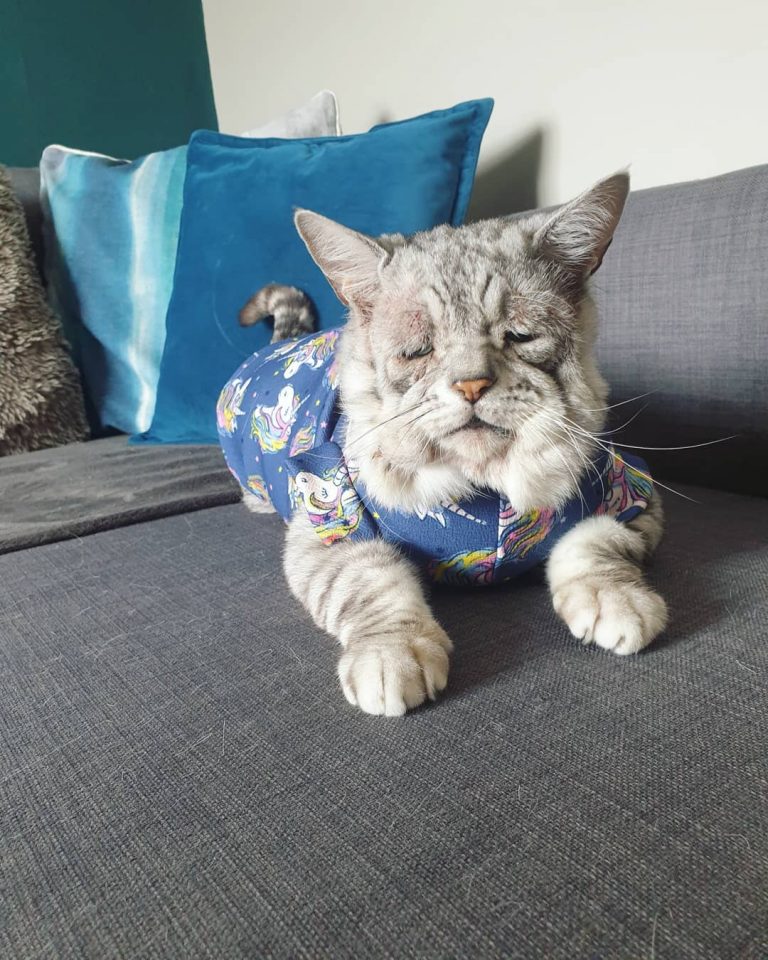 Sometime later, Georgina and Christopher decided to get the animal back. They found their future pets on the website of the Royal Society for the Protection of Animals from Cruelty. Seven-year-old Quinton and six-year-old Toby were inseparable. Quinton was completely missing all his teeth – they had to be removed due to infection. Toby, on the other hand, looked extremely unusual. The entire muzzle of the cat was covered with deep wrinkles, and the skin on the stomach hung almost to the ground. 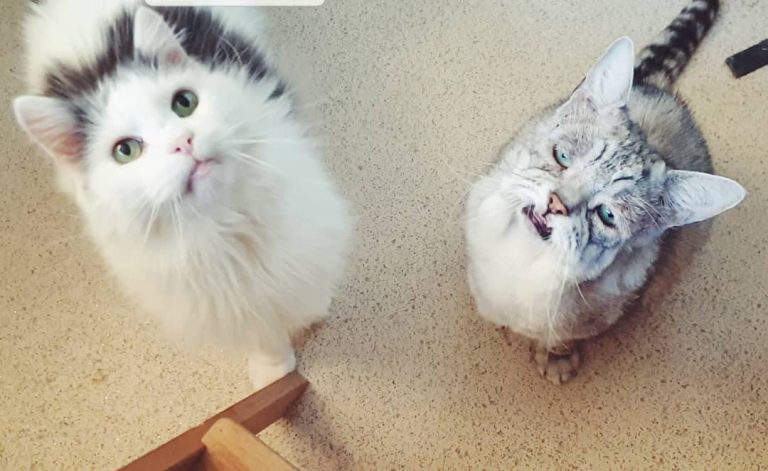 It turned out that the animal suffers from a rare Ehlers-Danlos syndrome, which is otherwise called hyperelasticity of the skin. The disease is caused by violations in the synthesis of collagen, due to the lack of which Toby’s skin is very easily vulnerable and similar to senile. 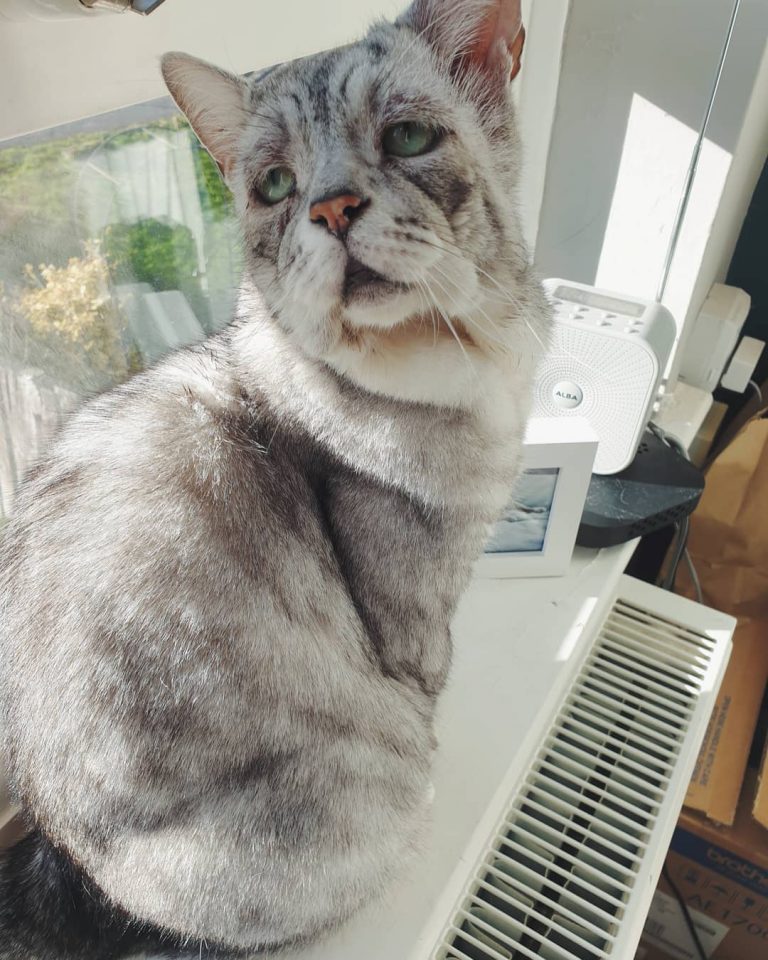 Until this day, young people did not know anything about this disease, but nevertheless, they decided to “adopt” a special cat. At first, Quinton and Toby treated people with great distrust. 7 months after the inseparable couple moved in with Georgina and Christopher, people and animals treat each other with great love.

Toby has to be handled with extreme care – even Quinton never releases his claws during games together. Sometimes the little brother helps Toby wash his face.

Of course, the owners are very worried about how the disease will affect the health of the pet in the future. Most of all, they are worried about the condition of Toby’s joints, so they carefully monitor that the cat does not make spectacular jumps. 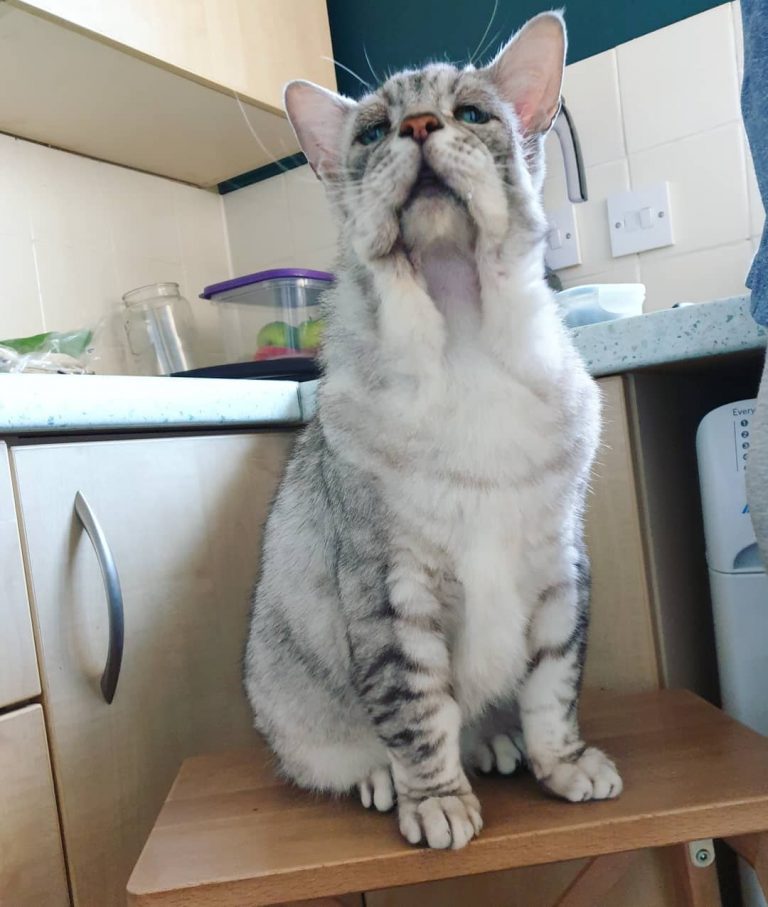 However, Toby himself is not particularly striving upward. Much more, he loves to have his tummy scratched and even asks for it, knocking on it with his paws. In general, Toby leads a full life and feels quite happy, as well as his brother Quinton, who successfully manages without teeth. These wonderful cats have their own page tummyandgummy, where you can watch their life.