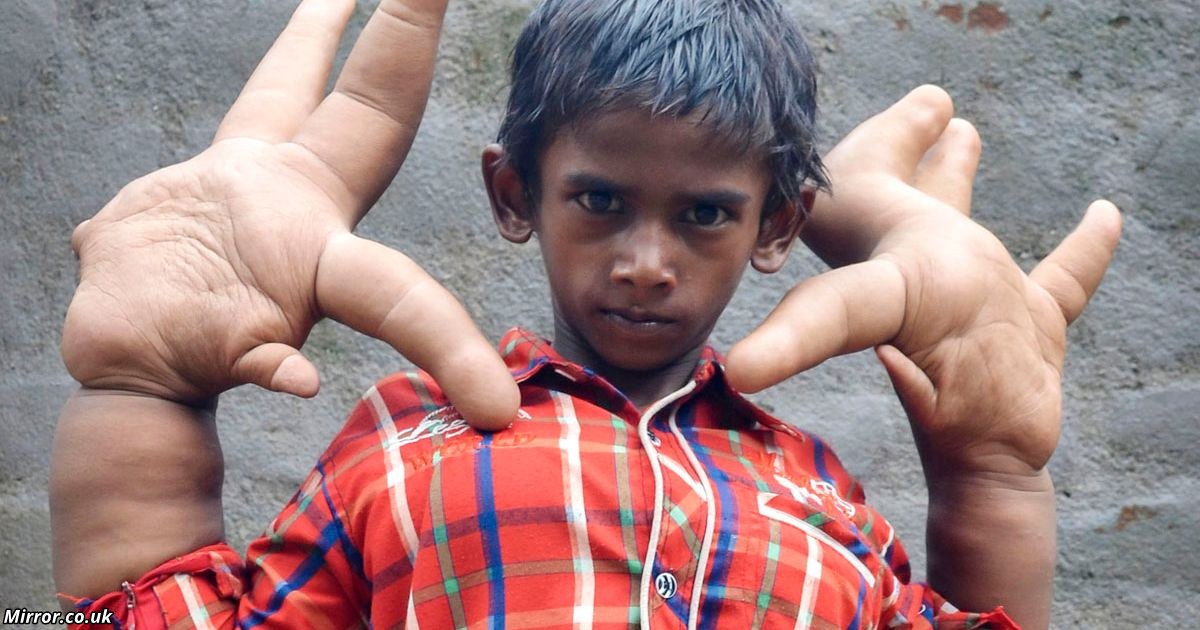 In the summer of 2014, many media outlets wrote about an Indian boy named Mohammed Kalim. Each hand of this child has grown simply too unimaginable sizes, his hands weigh 8 kg each, and recently Mohammed even had to end his education – with such hands, going to school turned out to be impossible. Worse, Kalim’s hands continue to grow. 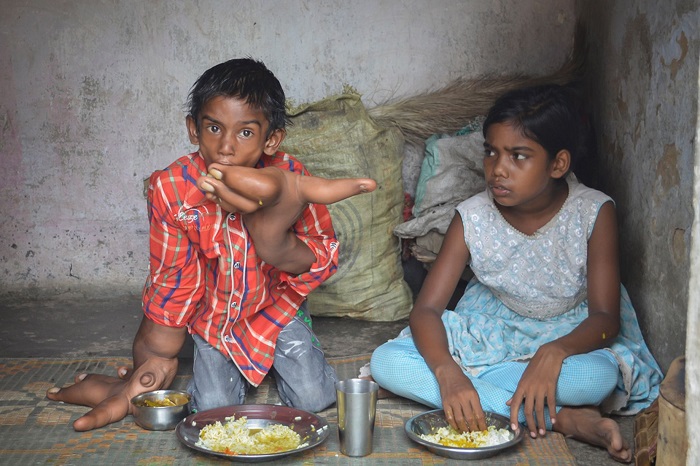 His mother Halima says that the boy was not like everyone else from birth: his hands were huge even at first glance. And then Kalim began to grow, and his hands were clearly ahead of the development of the rest of the body. 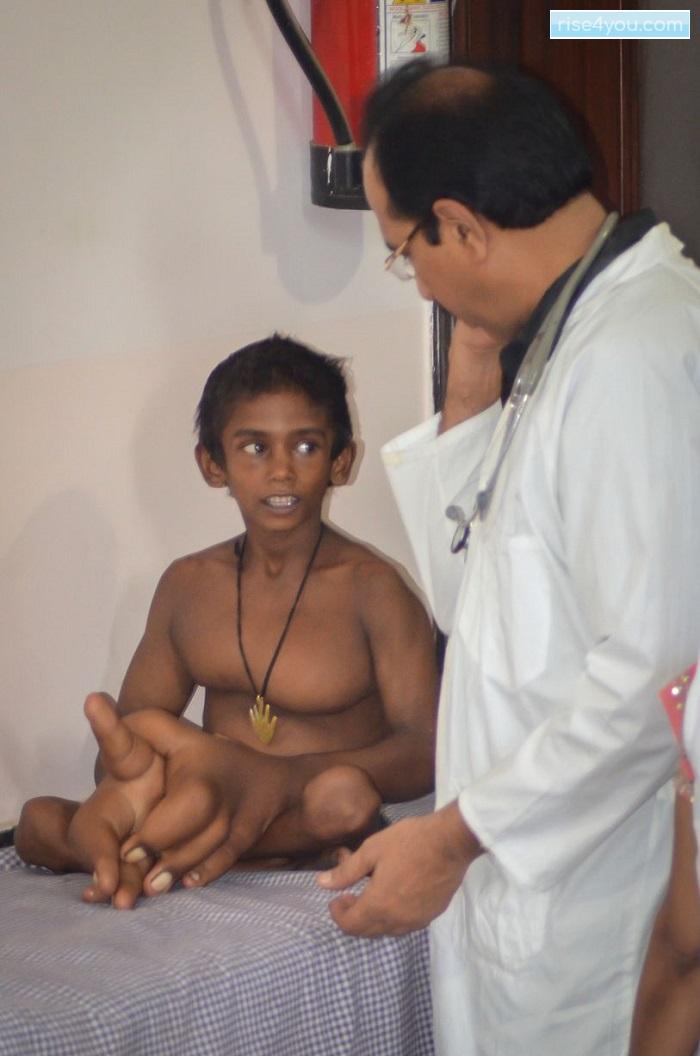 Kalim’s hands really look incredible: huge, with thick fingers, they seem to be something separate from this ordinary Indian boy, who should be alive and mobile at his eight years old. 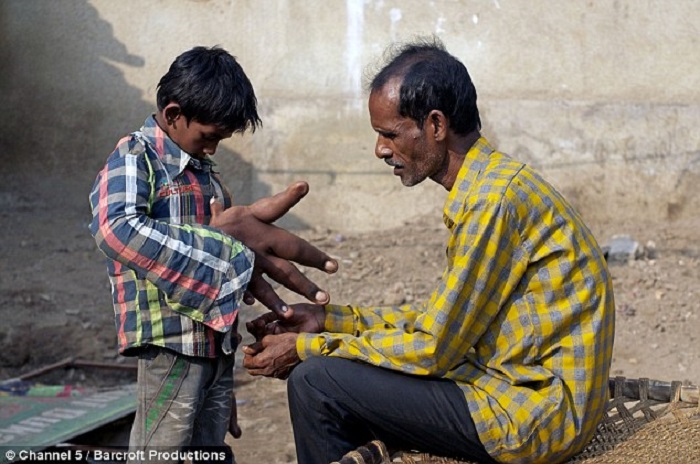 Alas, he slowly moves his giant fingers and hardly does the most common household manipulations. The more his brushes grow, the less he can control them.

33 centimeters from the base of the palm to the tip of the middle finger – this is exactly what Kalim’s hands look like today. 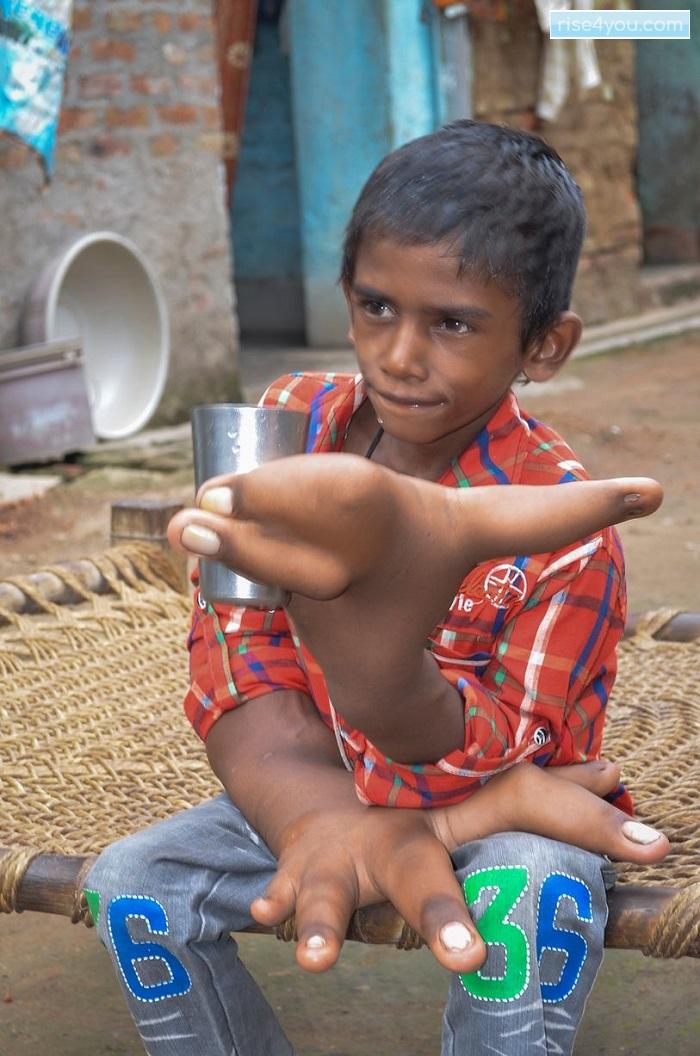 The unfortunate man himself says that because of his huge hands he is constantly ridiculed by his peers – he was literally hunted down, but, alas, he can’t do anything about it. And he also says that the director freed him from school so that he would not frighten other children with his own hands. 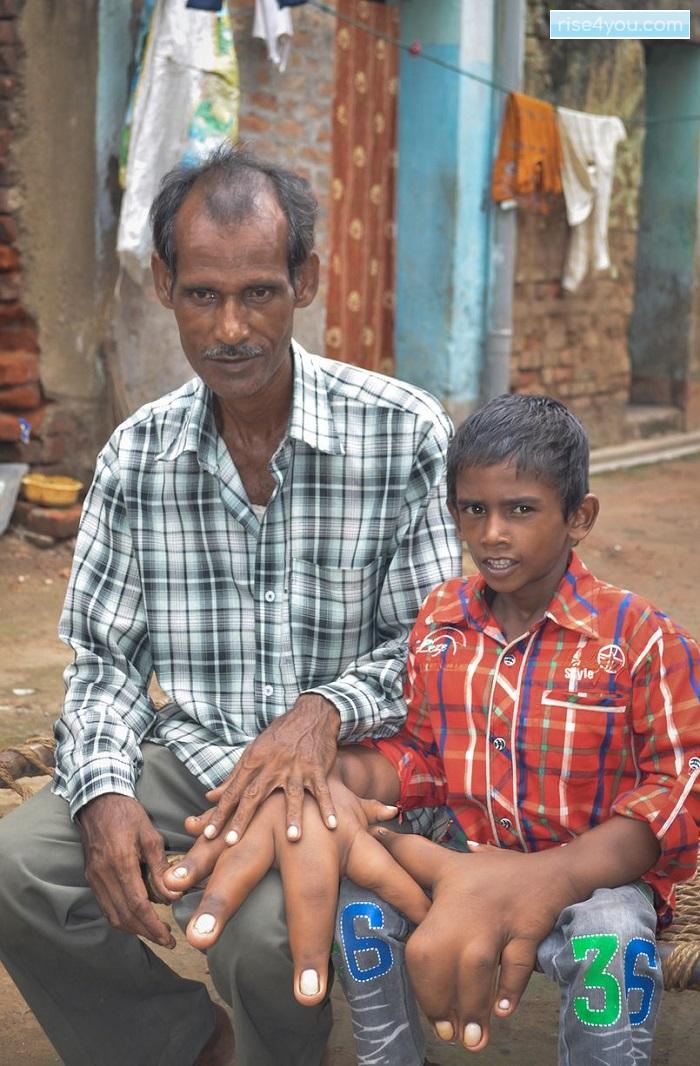 Perhaps Kalim would have been helped by an operation, but his parents are poor, and it will take many years before they can save the necessary amount because even a trip to the distant metropolitan Delhi for this family is a huge waste, not to mention the operation. 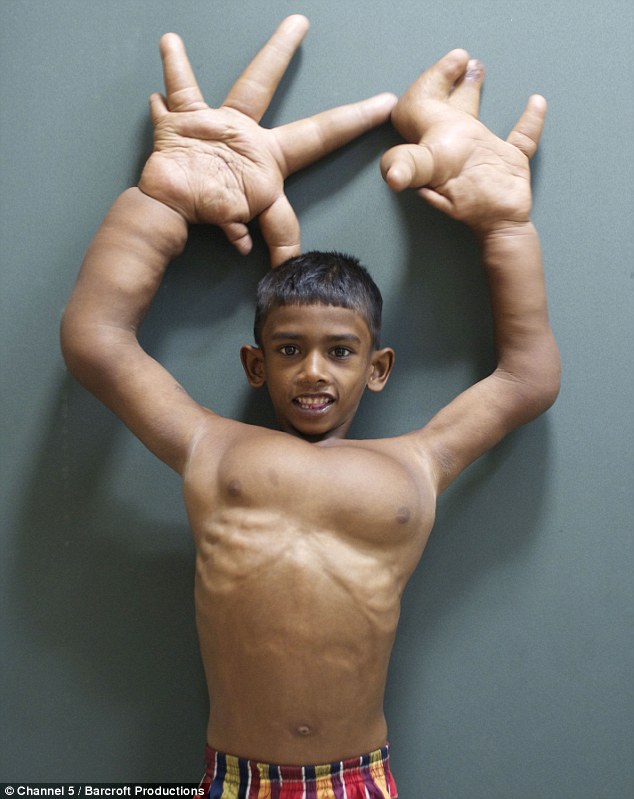 Kalim’s father is worried that his son will not be able to be independent in life because even now Kalim is not able to pull up his pants, tie his shoelaces or even blow his nose. Soon he will grow up and he will need to get a profession and work, but how will he do it with such hands?

Local doctors, alas, could not help the boy. His diagnosis is local gigantism. 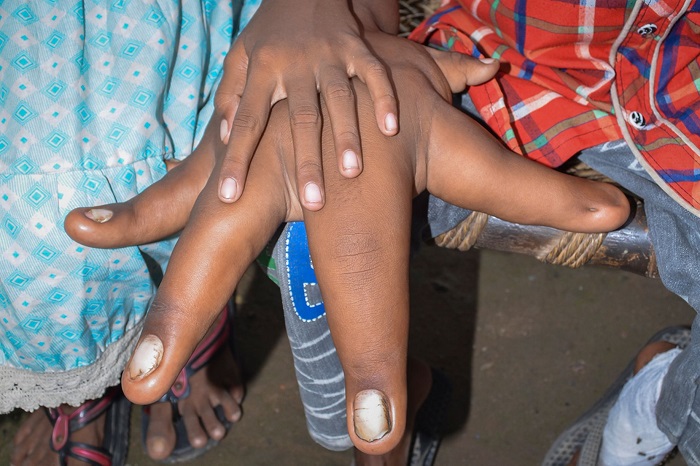 Residents of Kalima’s native village believe that the boy will not be able to recover. “He is a child of the devil,” said one of the family’s neighbors. He also opined that Kalim was cursed because of the wrong things his parents did.

However, the village elder took a softer stance, noting that the child may have a future. 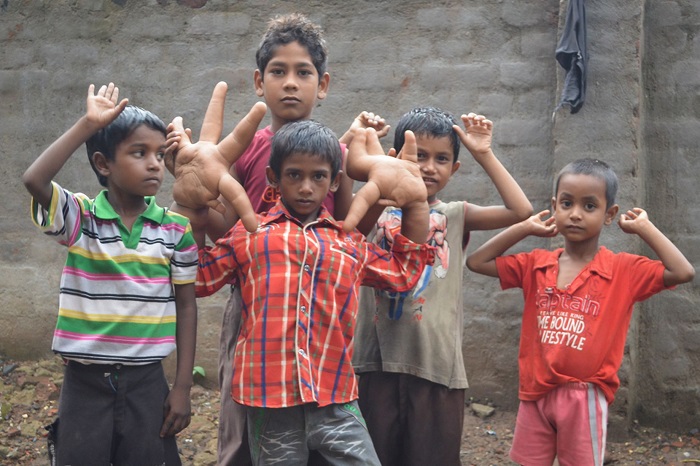